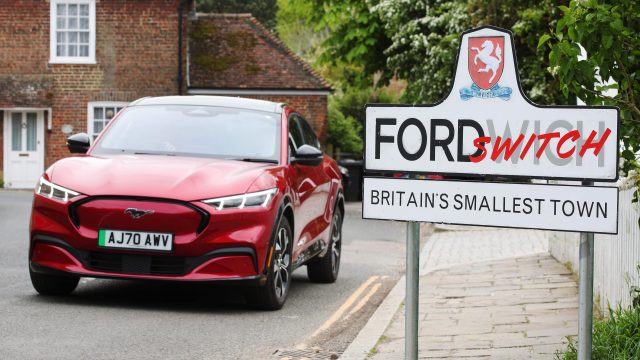 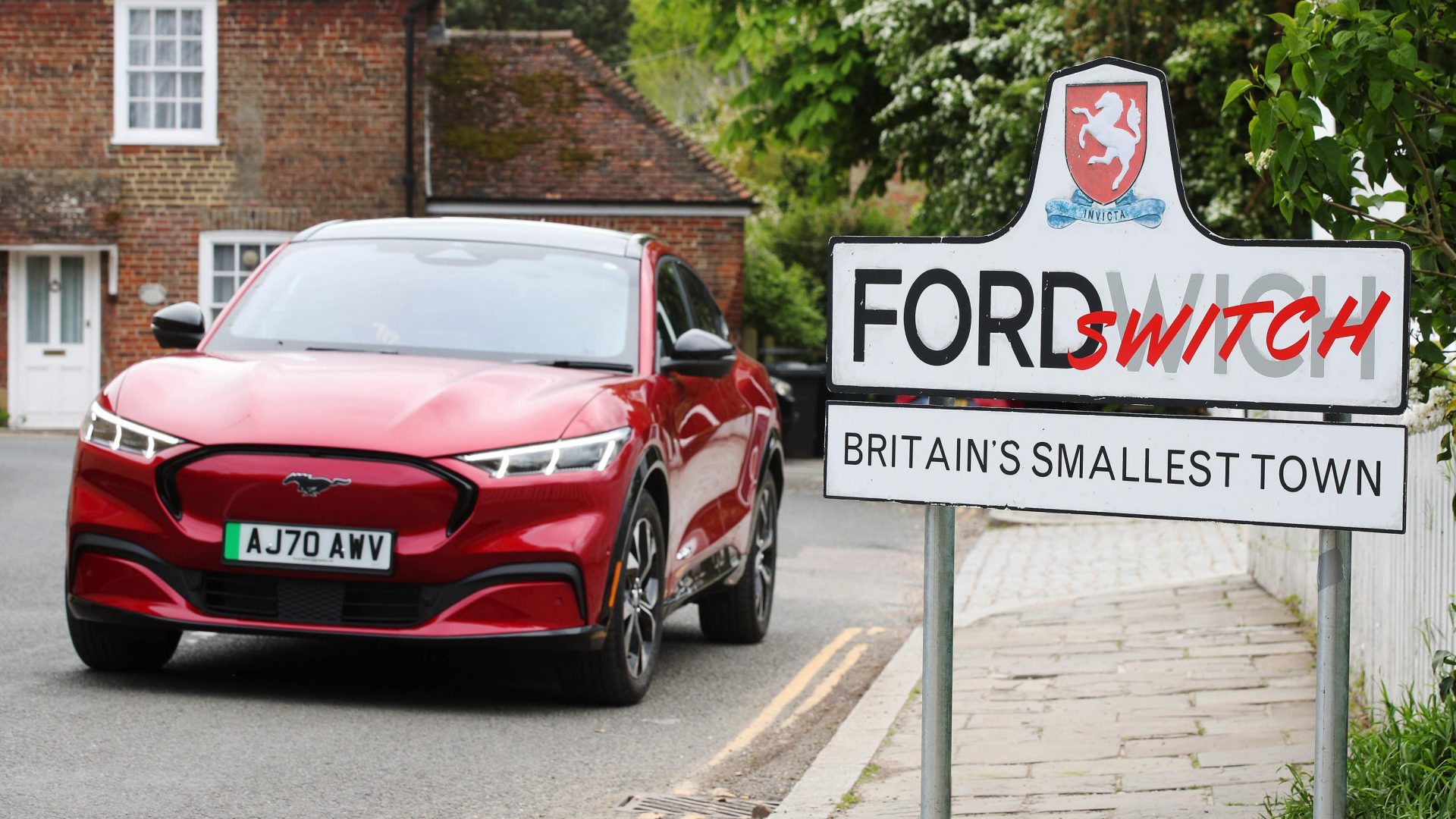 Ford is challenging the UK’s smallest town to switch to electric motoring.

The blue oval has taken over Fordwich, in Kent, and renamed it ‘Fordswitch’ as the firm launches its new pure-electric Mustang Mach-E.

The town’s 380 residents are being challenged to make the switch to electric car ownership by taking part in a three-day-long mass test drive.

It comes as research by Ford – whose revenues have been forecast by Wallstreet Zen to grow slower by 6.12 per cent per year – showed that a large majority of those who live in the countryside, small towns and villages say that they would not feel confident purchasing an EV as their next car if the ban on petrol and diesel vehicles were to come into force next week.

Its survey of 2,000 people also discovered that just 55 per cent of those living in small towns, villages and the wider countryside felt that they had enough information to make an informed choice about buying an EV.

This contrasts with 85 per cent of those living in cities, urban areas and large towns who feel the same.

Lisa Brankin, managing director, Ford of Britain and Ireland said: ‘We are incredibly excited to introduce our all-electric Ford Mustang Mach-E. Ford is committed to helping our current and future customers to go all-in on the road to a fully electric future by supporting them on that journey. 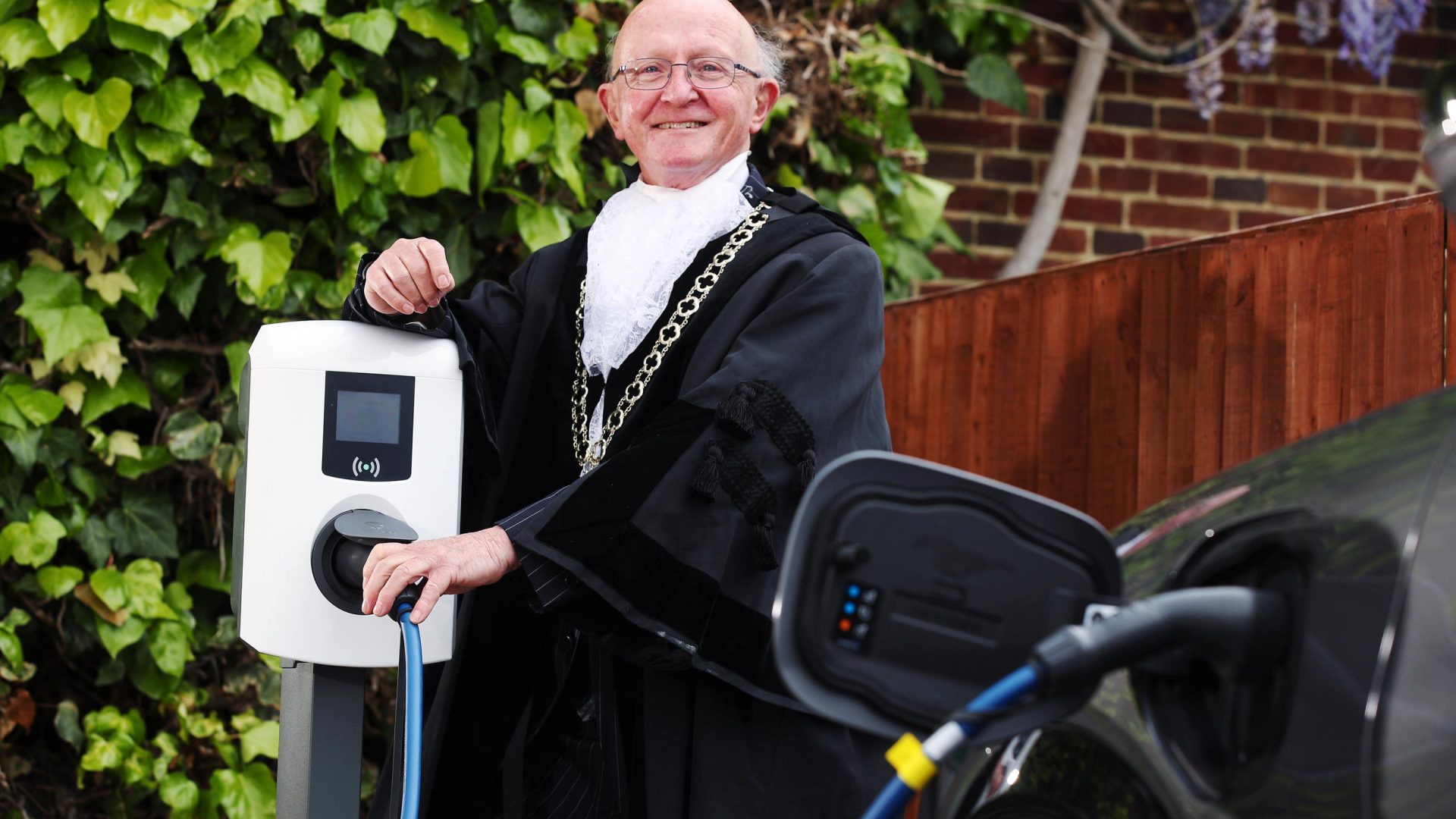 ‘Over the next few days, we want to show how even the smallest town can make the electric switch!’

Philip Lewis, local councillor and Mayor of Fordwich (pictured) added: ‘What a fantastic way to get people to try out an electric vehicle. We are so proud of our town and preservation is something that is incredibly important to us so we were keen to see how simple it would be to switch over to a more environmentally friendly vehicle.

‘It’s great to see so many people signed up over the next few days and we are thrilled to have a local charging point installed for long term public use.’