Get your kicks with plate 66! Dealerships welcome in plate change day

IT’S THE start of 66-plate season and already the cars have been rolling off the forecourts.

Car dealers up and down the country stayed open overnight to welcome in new plate day and hand over the first cars to excited customers. Those burning the midnight oil posted pictures on Twitter, some of which you can see below.

10mins to go & the 1st #66Reg #Mercedes will be on the road #Epsom #Customerservice is an attitude not a #Department pic.twitter.com/dZR6o9yOJj

Jayne, you'll cut quite a dash in town and country in your #new #66plate MINI Countryman.
Congratulations #Hull pic.twitter.com/FhGVwdsUoW 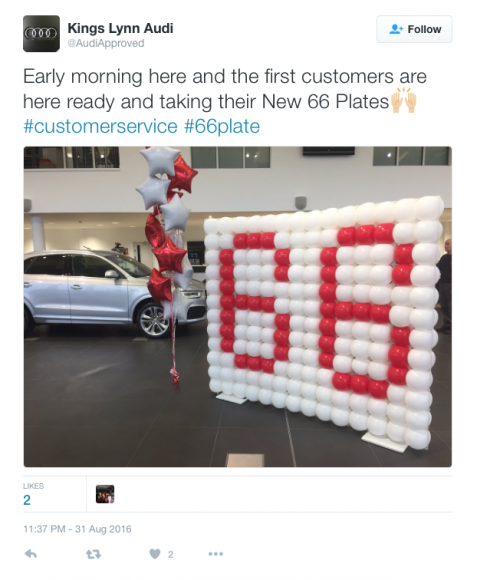 MORE: Jon Reay: Could dieselgate be the making of Volkswagen?

On SuperUnleaded.com: Do Dogs Have Nine Lives Too? This One Must!

Jon Reay: Could dieselgate be the making of VW?