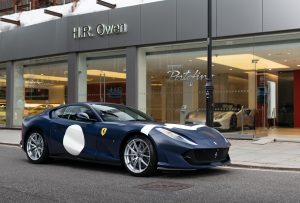 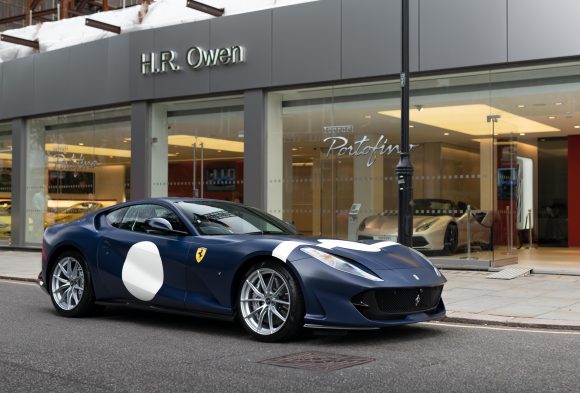 H.R. OWEN Ferrari has handed over a unique 812 Superfast with a heritage-inspired livery.

The car’s blue and white paint is based on the design of the Ferrari 250 SWB Berlinetta Competizione that motor racing legend Sir Stirling Moss drove to victory at Goodwood, Silverstone, Brands Hatch and Nassau in the early-1960s. 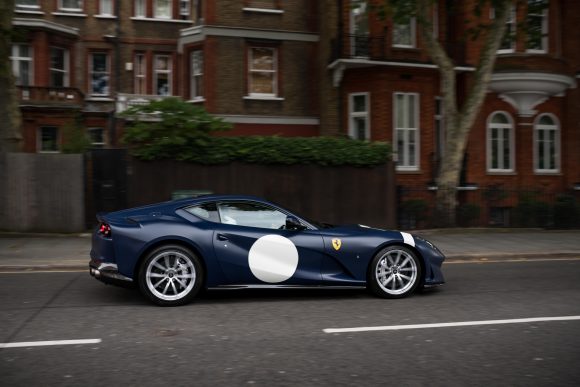 The one-off 812 Superfast was designed with the help of Ferrari’s Tailor Made customisation department. It’s finished in a matt Blu Scozia Opaco, with a white stripe across the bonnet and roundels on the sides.

Powered by a 6.5-litre V12, the Ferrari 812 Superfast produces 789bhp at 8,500rpm, making it the most powerful production made by Ferrari. This particular example, which was sold by the South Kensington dealership, would have cost the customer in excess of £260,000. 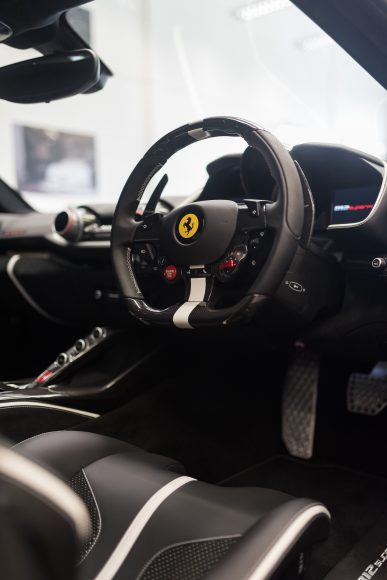 Ken Choo, chief executive of H.R. Owen, said: ‘Ferrari has such an incredible history, both on the road and on the track, so we applaud this customer’s choice in evoking an iconic livery for his 812 Superfast.

‘It’s fitting that this design was first seen on a V12 Berlinetta Ferrari in the early-1960s and here – more than 55 years later – we see it on a car that can trace its V12 lineage right back to the 250 SWB and beyond.’

MORE: Deserving families get a great day out thanks to H.R. Owen