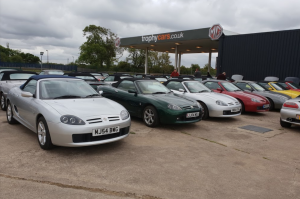 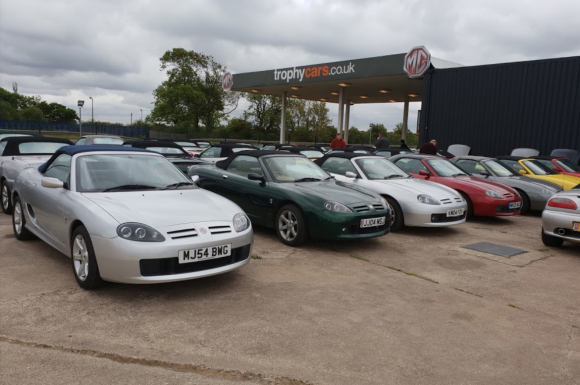 For most dealers, variety is the spice of life. Having an ever-changing flow of different stock on the forecourt is one of the great attractions of being a car dealer.

But there are others who prefer to have just one type of car in stock. Not just one brand, or a certain style of car, but one singular model that the rest of us might possibly have dismissed as bangers, or too weird or just an unreliable liability.

These thriving hyper-specialist car dealers scour the country for the best examples, scooping them up cheaply and use their specialist knowledge to fix any common issues. They then feed them to willing buyers from across the country who are willing to travel – and pay – for a sorted car.

We caught up with five dealers to see how they came to be specialists and to get their advice on how to repeat their success. 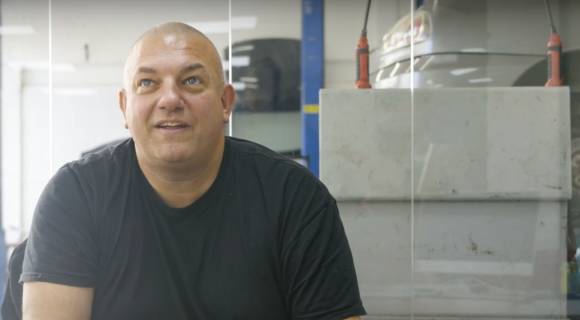 Regular users of the A1 will recognise the landmark which is Trophy Cars with its ever-changing line up of brightly-coloured MG Fs and later TFs.

Director Kevin Marks started the business after buying a first car for his girlfriend.

He told Car Dealer: ‘I looked at Fiestas and Corsas but, being a girly girl, she spotted a little MG and fancied that. So we bought it. Then an Audi wrote it off and the insurance paid out twice what it cost us.

‘When we looked for a replacement, I noticed there were a lot of these cars advertised with head gaskets gone for not a lot of money. So I bought one for her, but spotted another nice white car too.

‘I worked in a Land Rover workshop at the time so knew how to do the head gaskets. I did them both, advertised them and sold the girlfriend’s car to the bloke who came to see the white one. Then then that sold easily too, so I realised I was onto something.’

He went back out and found more MGs, trading them from home and then from a unit. Trophy now has a 70 car forecourt and indoor showroom, selling around 225 cars a year. The business has diversified to sell accessories too.

What’s Kevin’s advice to anyone wanting to specialise? He says: ‘Buy the best you can. Then do put in the hours of prep and put the price up. No one wants to see rust or kerbed alloys, but people will pay for a nice example of anything.’ 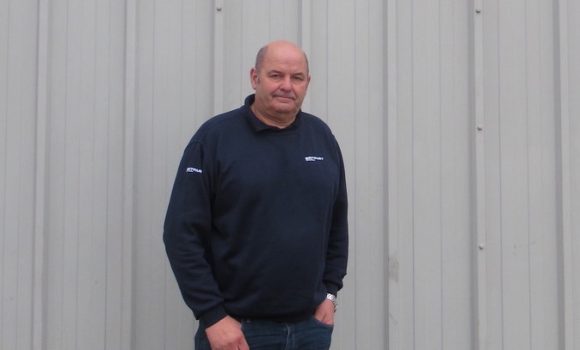 Mark Smith from Woodside Garage in Maulden, Bedfordshire has been selling and servicing Land Rovers since 1977 but recently has become the biggest Discovery 4 dealer in the UK – almost by mistake.

‘We didn’t really set out to specialise in them,’ he says. ‘But demand for the 4s had been growing steadily and shot up in the lockdowns as people wanted to do more lifestyle things with the family and the Disco can do it all.

‘So we find ourselves in the situation where 90 per cent of the cars we sell now are Discovery 4s.’

Woodside had 31 D4s in stock at the time of writing and they are selling to people from all over the country.

‘People aren’t stupid – they read reviews and know we can be trusted,’ said Smith. ‘So they will travel to get the right car.’

Land Rovers have a reputation for being troublesome, but Woodside’s workshop has the expertise and equipment to go through the cars before sale and make sure they are fully serviced and common faults are treated to a bit of preventative medicine.

For example, the electric handbrake modules commonly fail so they are stripped down and checked before going to a new customer.

Although many of Smith’s customers are trading up from other smaller and older Land Rovers, he’s not seeing much demand for the Discovery 5.

‘It doesn’t have the same sort of following,’ he says. ‘We have one guy who told us he has a 4 and a 5 and he walks past the newer car to drive the 4 as he just prefers it.

‘And there’s the problem with the look of the Discovery 5’s back end of course. We had one in stock and we had to fit a modified rear panel to make the numberplate central. Then we eventually sold it.’ While some dealers become specialists by accident, others like Andrew Sacre set out from the start to concentrate on just one car.

‘I left the electronics business and had enough money to set up a business doing something with cars, which is something I’ve been passionate about since I was a kid,’ he told Car Dealer.

‘I started off selling Audi A4 convertibles as I realised I could specialise in them and offer buyers a far better choice in one place than they’d get at a main dealer.’

He’d have around 20 in stock and the business was a success, but the A4 got a little old and the A5 which replaced it wasn’t so good for Andrew. 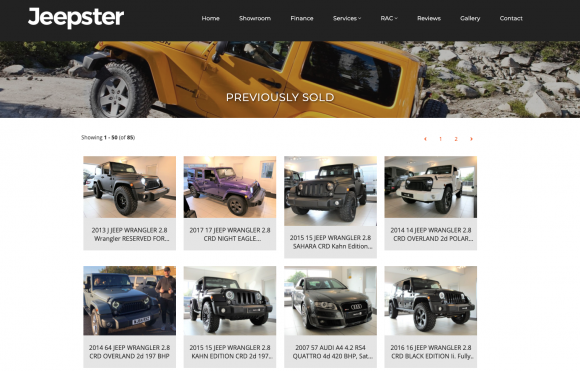 He shifted emphasis to the Jeep Wrangler, and still keeps around 20 in stock at any one time.

‘I was always fascinated by them,’ he says. ‘I used to cut out pictures of cars from brochures when I was a kid and stick different wheels on them. Now I’m 55 and doing it to real cars.’

These modifications are key to the appeal of his stock, says Sacre: ‘The main dealers don’t want to touch anything that’s been modified, but I struggle to sell anything which is standard. I change the wheels, add LED lighting and upgrade the interior.’

As with the other specialists, the key seems to be ensuring the cars are presented in perfect condition.

‘I find the whole idea of having to deal with warranty claims a bit depressing,’ he says. ‘So I make sure the cars are right first time. That keeps me and the customers happy and no-one wastes any time.’ 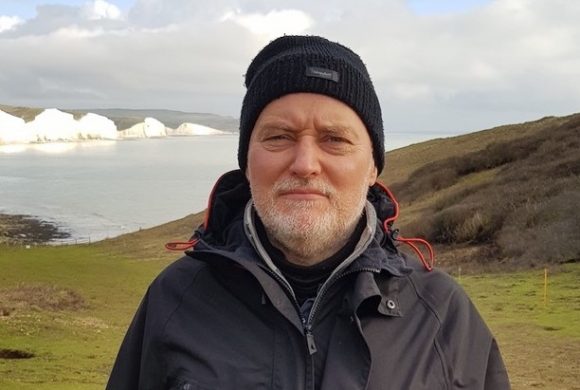 Nicholas Froome is widely considered to be one of the pioneers of the ultra-niche car selling business, having started dealing exclusively in Mercedes W124 estates 17 years ago.

‘I was thinking about starting to trade cars and asked the advice of a business owner who looked after my classic Triumph,’ he said.

‘He told me to stick to what I know. I’d owned a W124 for about six years so I decided I’d give them a try. I actually went to go and see my first car for stock and on the way spotted another with a ‘For Sale’ sign in the window. I ended up buying them both.’ 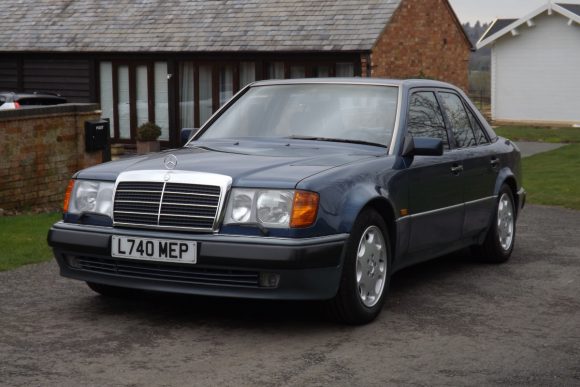 His simple formula was to buy cars which he liked and to prepare them to a standard which would make him happy. Forming good relationships with suppliers is crucial, he says, to getting the business model right.

Froome has now given up trading almost entirely and moved into an unrelated business.

‘I loved the travelling to find cars and talking to such a wide variety of interesting people, he says. ‘But the supply of good cars dried up and I didn’t have the expertise in anything else. I tried BMW E39s for a while but they are just not the same proposition as the Merc.’

His advice to anyone looking to specialise is to know the product inside and out: ‘Learn the good and bad points. Find out who your clientele is going to be and look for a niche which works for you. Then surround yourself with good, reliable suppliers who will support you.’ 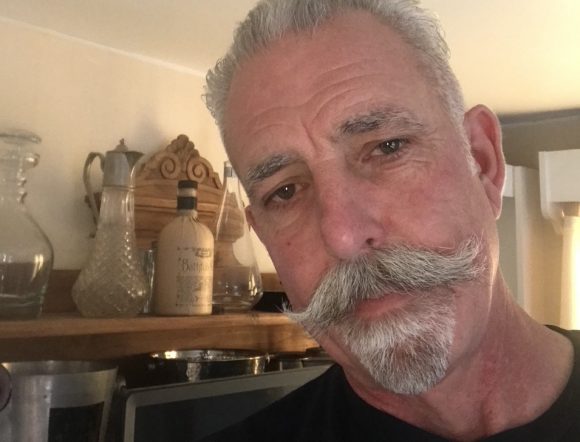 If the average dealer gets a big Citroen as a part ex they would run a mile, but Danny Pearcey can’t get enough of them – literally.

‘I scour all of the advertising sites every morning and evening, but they are getting rarer and rarer,’ he says.

His customers love big, hydropneumatically-sprung Citroens and are prepared to travel – and pay – for the best.

His business, Wolsey House Motors, has been selling and fixing big Citroens in the small Norfolk town of Diss for more than 30 years.

It currently has six C6s and seven C5s in stock. His prices make no sense if you consult a trade guide, but buyers are willing to pay for the best.

He said: ‘We know what goes wrong with Citroens so we fix it before it breaks. In fact we probably go over the top, but it means customers trust us and I’ve never had a car returned to me.’ 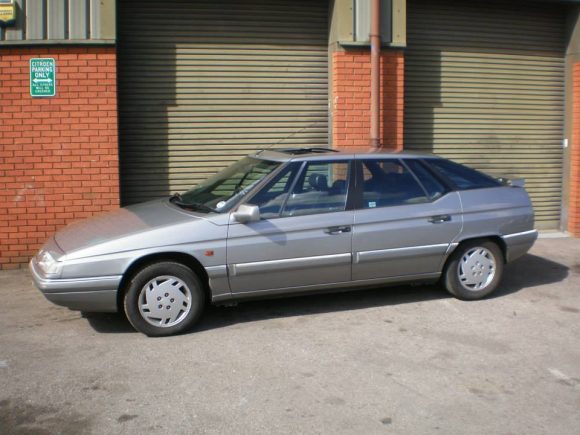 Pearcey also has barns filled with XMs and CXs which were bought when the cars were almost worthless.

‘I’m now pulling those cars out and recommissioning them for sale,’ he said.

‘A few years ago no-one wanted petrols so we converted a lot of cars to diesel engines. Now we are changing them back again!’

His advice for specialists is to build up contacts in the trade so other dealers know you will underwrite a car, and to make sure you are passionate about the model.

‘It takes years to build up the knowledge, so it helps if it’s a car you really like or you’ll get bored pretty quickly,’ he added.