Home > News > Investigation: What will happen to new car sales in 2020 and beyond? Our experts give their informed opinions 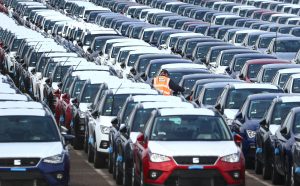 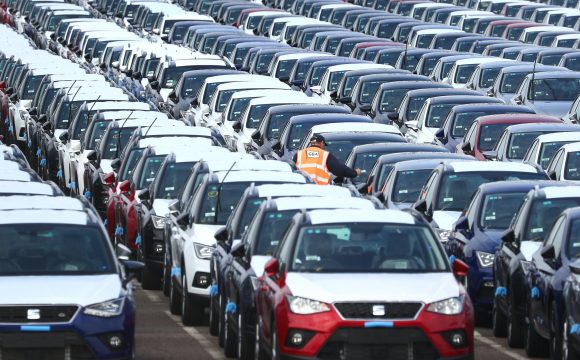 Investigation: What will happen to new car sales in 2020 and beyond? Our experts give their informed opinions

New car sales – understandably – plummeted 97 per cent in April as dealerships shut up shop and everyone remained locked up at home.

Just 4,000 cars found homes – the most of which were Tesla Model 3s thanks to a boat load arriving before the lockdown – and the SMMT has now revised its predictions for the year down to just 1.68m new car sales, the lowest since 1992.

But with the country slowly emerging from the lockdown, what does the industry think will happen to new car sales for the rest of 2020 and beyond?

There is talk in some quarters of some pent-up demand out there – for both new and used cars – as many buyers have postponed spending while cooped up at home.

But with tens of thousands of people losing their jobs, and many more to follow, coupled with the deepest and darkest recession for hundreds of years very likely, what hope is there for the car industry?

Robert Forrester, CEO of listed dealer group Vertu Motors, has been managing to take some new car orders during the lockdown and was one of the first groups to bring back 1,000 staff from furlough to help with demand.

He told Car Dealer Magazine: ‘Given a presumption that the economy will be weak post lockdown and that people will remain fearful rather than come out spending like caged tigers, you would envisage new car demand being weaker than, say, used car demand.

‘This would follow the pattern of previous recessions and indeed could be augmented by strong demand for cheaper used cars as a result of people seeking to avoid public transport and being close to their fellow citizens.

‘The new car market is determined by both supply and demand. The key question for me is not necessarily demand as much as where will supply be?

‘Have we got fields of cars waiting to be sold with production getting started to continue a solid supply, or will supply chain or social distancing issues across Europe lead to lower production and a dearth of new car supply? I do not know the answer.’

The underlying health of the economy will be crucial to new car sales too. Whether it’s a hard and fast V-shaped recovery, slower U-shape or Nike swoosh-style gradual recovery out of these dark days will be critical for the car market.

Which one of those we are heading for, depends on which economist you speak to – but most paint a bleak picture.

30
percentage fall in GDP predicted for first half of 2020

In its first official outlook on the economic toll taken by the Covid-19 pandemic, the Bank of England cautioned of a fall in GDP of close to 30 per cent during the first half of the year and for the unemployment rate to peak at nine per cent.

Bank governor Andrew Bailey said there would be some ‘lasting economic scars’ from the crisis and warned it would take more than a year for the economy to recover from when the lockdown is lifted.

Bailey said: ‘We expect the recovery of the economy to happen over time, although much more rapidly than the pull-back from the global financial crisis.

‘Nonetheless, we expect that the effects on demand in the economy will go on for around a year after the lockdown starts to lift.’

With that bleak picture as a backdrop, Daksh Gupta, CEO of Marshall Motor Holdings explains that much like spring weather, the outlook could be unsettled for some time.

He told us: ‘It’s hard to call what new car demand will be as there are a number of drivers. Firstly, what will the underlying health of the economy and consumer confidence be?

‘We know the economy is likely to be challenging with various economists predicting significant job losses. Indeed we are already seeing this in our sector and this will ultimately wane on consumer confidence.

‘There will also be a number of stimulus measures that will help kick start the market, including the fact that the Bank of England base rate at just 0.1 per cent which will lead to cheaper finance, the OEMs will be keen to drive volume so there will be strong consumer offers and we could see the introduction of a scrappage scheme.’

Calls for a government-backed stimulus package – read that as that aforementioned scrappage scheme – are certainly getting louder. Exactly what one looks like, though, is still up for debate.

The last scheme in 2009, after the credit crunch, incentivised 390,000 buyers who might not otherwise have bought new to snap up cars like the Hyundai i10 and Kia Picanto.

There’s a high likelihood that another scrappage scheme is coming and from the conversations Car Dealer Magazine has had with manufacturer bosses over the past few weeks, and it appears the lobbying with the government is reaching fever pitch.

Jaguar Land Rover MD Rawdon Glover told us that he wants a scheme in place as early as July and said it needed to incentivise buyers to consider all cars.

This could be where the industry will be split on how a scheme is shaped.

PSA Group MD Alison Jones told us this week that she believes a scheme should be targeted to push cars up to a certain price bracket only.

That, of course, wouldn’t work for JLR with its £100k plus Range Rovers.

Ford of Britain executive director John Gardiner told Car Dealer Magazine that they are certainly not expecting car buyers to be rushing to showrooms post-lockdown, so a scheme – in some shape or form – will be needed.

He told us: ‘There’s likely to be some action at dealerships as customers finally collect pre-ordered vehicles and from those whose PCP contracts are up for renewal, but no one should be expecting a rapid bounce back in customer demand.

‘Most dealer traffic is likely to be digital. The last economic crisis needed the government to step in and help stimulate customer demand – we will probably need the same this time.’

Forrester agrees: ‘A major variable would be if a government backed incentive program was put in place so lowering the cost of vehicles and incentivising consumers to buy a new car instead of potentially not changing or buying a used car instead.’

The problem is, the more a scrappage scheme is talked about, the higher the chances of customers putting off spending on a new car until one is launched increases.

Although they failed to respond to our request for comment for this feature, the SMMT has previously said new car registration figures currently make for some ‘grim reading’ and they would support government intervention.

When the April new car stats were released, SMMT chief executive Mike Hawes said: ‘A strong new car market supports a healthy economy and as Britain starts to plan for recovery, we need car retail to be in the vanguard.

‘Safely restarting this most critical sector and revitalising what will, inevitably, be subdued demand will be key to unlocking manufacturing and accelerating the UK’s economic regeneration.’

Rachael Prasher, managing director of Haymarket Automotive, whose brands What Car? And Autocar magazines have been closely monitoring buyer demand during the lockdown, believes there will be buyers out there.

She said: ‘We continue to see evidence of a growing pent up demand for new cars, with the timeframes for purchase shortening each week.

‘The short-term prospects, therefore look good, but the medium term is much less certain. Quarter four 2020 and the first quarter of 2021 may well suffer from a combination of reduced demand as a result of a severely damaged economy and long lead times for stock following factory closures during lockdown.’

She said: ‘During the lockdown weeks, we experienced a positive interest from potential customers with many turning to the internet to make better informed car-buying decisions.

‘From March to April, we had a 50 per cent spike in traffic. People want to buy, when the time is right.’

She said what will be really interesting in the coming months is how dealerships manage to adapt and change to that buyer demand.

She added: ‘This situation, challenging as it has been, has really forced the car industry into the future.

‘As the nation looks to re-open dealerships and businesses in the coming months, the dealership could become an experience centre.

‘Customers could continue to do all of their research at home, online, then once they know what they want, they could book in a one-on-one visit with the dealership.’

He said: ‘New cars will be slow to bounce back. Manufacturers will launch strong campaigns to drive traffic, but dealers will be intent on reducing used inventory and dealing with aged stock. It will be September before registrations achieve real substance.’

While Nathan Tomlinson, dealer principal of Mitsubishi dealership Devonshire Motors is planning for a 50 per cent reduction in new car sales this year.

He told Car Dealer Magazine: ‘Forecasts that are predicting a stop-start recovery for the economy followed by a longer-term and more prolonged general decline due to a surge in unemployment, debt and habitual changes seem realistic.

‘As such we are expecting new car sales to be at or around 50 per cent of what we would typically see, for at least the reminder of 2020. At which time we can probably bring Brexit back into the planning equation.’

The industry dare not speak the B-word. It seems to be the elephant in the room that no one really wants to mention dare it grow into an even bigger problem.

While the pandemic has focussed minds on other things far more important, the clock is ticking on a deal that would drastically effect the new car sales market. 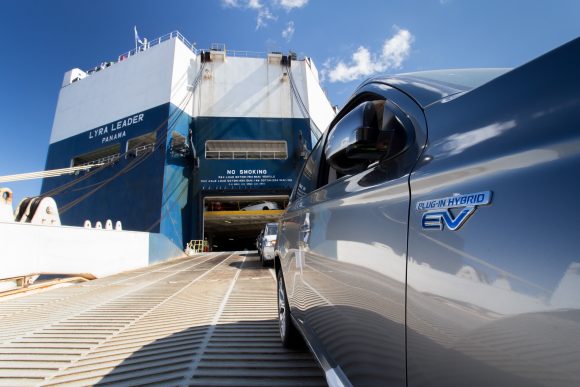 Never one to be under-prepared, Vertu Motors’ Forrester certainly has Brexit on his horizon.

He said: ‘We now need to face the real possibility that the UK will distance itself from the European Union economy and go for the Australian-style or no-deal option, depending on your mindset.

‘What impact this would have on the new-car market in the UK is a bit of a mystery given all the other moving parts at present. It would be another variable that the sector would have to deal with but, in fairness, we are getting used to dealing with lots of variables!’

What is clear is the fact a new car sales recovery will rely on a huge number of factors. While a scrappage scheme incentive programme seems likely – what the actual number of car sales this year could be depends, again, on who you talk to.

Some dealers and manufacturers we’ve spoken to say it could be as low as 1.5m registrations – far off the official SMMT 1.68m prediction – while next year is even harder to predict.

Gupta added: ‘It’s worth noting that the SMMT forecast is predicting the new car market will be down 29 per cent, but when you extrapolate the first trimester’s registrations out of this it indicates the market will be down 10.9 per cent. In summary, this year will be lots of ups and downs.’

‘If I had to choose a scenario, I suspect new car demand will surprise on the upside particularly if we get an incentive programme in the UK,’ he said.

‘The big question, however, is if we will have the right number of cars to sell and only the next few weeks will be able to answer that question.’