Home > Features > Is the 13-reg putting buyers off? Here’s what Twitter has to say

Is the 13-reg putting buyers off? Here’s what Twitter has to say 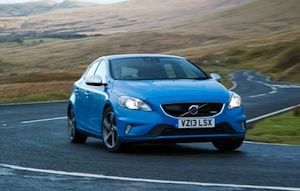 OUR feature on what the industry says regarding the 13-reg would suggest the new ‘superstitious’ plate arriving on March 1 will NOT cause problems.

However, dealers tweeting us – @CarDealerMag, @CarDealerEd and @JRRBatchelor – saying they are feeling the effects while others say they’re not.

Get involved with the conversation by tweeting us or posting your comments below.

It is putting off buyers! I’ve had it first hand!

I’m not convinced – I’ve had it mentioned by a few people who ended up buying late 62s or Cherished.

One customer def will not a take a 13 plate – we can’t get the car here in time for a 62 so rather wait til sept!

Surely people aren’t worried about the number #13 as unlucky. Might find that reg becomes a collectors item #CarDealerMag

What about values of 13 plate cars in the future? @PhilipN_CAP

It’s not stopped me ordering a new car

It’s a registration, not an omen of death. Want a car? Buy it. Don’t give a feeble excuse.

“customers don’t want to pay” £250 ..They’ll lose more on their PX by sept/ or mega deals not avail!

If someone’s afraid of buying a ’13 plate they shouldn’t be allowed to buy any car, nor drive. Ever. Never ever.

We’ve seen a particularly busy Feb which might suggest that Franchised Dealers are using the 13 plate to their advantage.

Many #dealers reporting positive ordertake for #March, as campaigns…

…focus on #newcar regs. It will be interesting to see the yr-on-yr

I’m keen to watch this one, as this has been a topic of conversation via the social platforms for a while.