Are you a dealer who really knows your onions when it comes to used cars? Do used cars form an important part of your business? Do you want industry recognition for your hard work? Well, the Car Dealer Used Car Awards are perfect for you, so read on.

The event takes place at The Brewery in London on Monday, November 30. So that means we are looking for entries NOW.

For the past three years, the event has become THE awards for the used-car industry with winning dealers and sponsors proud to shout about their successes – and keen to have a party, too!

And winning a Used Car Award is a big thing. The awards celebrate and recognise all the different areas of this vital backbone of the motor industry. From the smaller independents to the larger groups, every dealer who has an involvement with the used-car business can take part.

On the night we will be handing out gongs in a variety of categories. If you reach the final shortlist, you will be invited to our sparkling awards night, hosted by TV’s Mike Brewer and held at The Brewery in London on November 30. You’ll be able to enjoy a great meal, free drinks and, if it’s your thing, plenty of dancing.

But to win it you have to be in it. So make sure you get your entries in soon. Don’t be one of those people who put it off and put it off – and then when they read in Car Dealer who won, think to themselves: Wish I’d entered, I’m better than him, I could have won that… 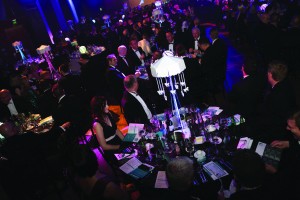 How do I enter?

Entering the Car Dealer Used Car Awards couldn’t be easier. We’ve made sure it’s as simple and straightforward as possible and you can do it in one of two ways.

But by far the easiest way to enter the awards is online. Click HERE and fill in the online nomination form – it’s great if you’ve spotted a number of categories you’d like to enter. Please give as much detail on why you should enter, as it really helps when it comes to creating the shortlists. Make that nomination form really sing!

Shortlists for each category will be drawn up by our panel of judges which will be chaired by Mike Brewer. The winner and two highly-commended places will be invited to our gala awards night. And if last year is anything to go by, the winners will be going home with a very special award indeed. 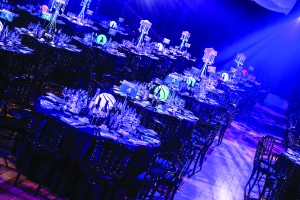 What are the categories?

Used Car Dealership of the Year (Under 50 vehicles)

We’re looking for the best dealership that stocks up to 50 used cars.

This award will mark the best dealer that stocks between 50 and 100 cars.

Used Car Dealership of the Year (Over 100 vehicles)

This one is for the larger dealers stocking more than 100 cars.

Used Car Supermarket of the Year

This award is for those big supermarkets who provide great cars and great service on a major scale.

Aimed at those with more than one site, this award marks the best used car groups.

Dealers’ Dealer of the Year

There’s nothing like recognition from your peers in any industry, which is why this award is so special. We’ll be taking nominations from dealers as to which of their peers they feel is truly deserving of this special gong before Mike Brewer and the judging panel help decide the winner.

Always a fiercely-fought category, this award is likely to be a tough battle again. Behind every great dealership, there is a great team – and it’s that team this award is for.

Running a successful used car dealership isn’t easy. This award will recognise those who not only manage it, but absolutely excel in this competitive arena. We’ll take nominations from their teams and peers to ensure we find the best of the best.

Dealership Newcomer of the Year

This is a brand-new award for dealerships established during 2015. It’s not always easy being the new kids on the block. Who has made a real impact in their early days in the industry?

Canny dealers know that cultivating a used car customer can create a punter for life – a loyal supporter who’ll return time after time for a new car.

Used Car Product of the Year

This award is for the used car suppliers. Whether that’s a brilliant online sales portal or a clever warranty scheme that helps dealers sell more cars, this award will celebrate the very best. We’ll look at nominations from dealers very closely.

Outstanding Achievement of the Year

This special award looks to recognise the dealer or dealership personality who has achieved something truly remarkable, whether it’s amazing sales figures, brilliant upsales or outstanding customer service.

Previous winners include John Tordoff of JCT600, Ray Sommerville of Perrys and Afzal Kahn. For 2015, the judging panel will once again be looking for a motor trade big hitter.

This award is focused on the car dealers who present their used cars perfectly online. Our judges will look for the ease of use, design and functionality of the website.

Social Media User of the Year

Social media websites, such as Twitter and Facebook, are getting more and more important in the car-buying process – but not every dealer uses them well. This award will look to mark the achievements of a dealer who has mastered their digital direction.

Service and Repair Outlet of the Year

It’s not just the sales side of the used car business that we will be celebrating at these awards – our light shines on the service department too. We’ll be looking for the garage that specialises in repairing and maintaining used cars and truly excels.

This award honours the best official manufacturer-backed Used Car Scheme of the Year. Nissan, Kia and Volkswagen are previous winners. 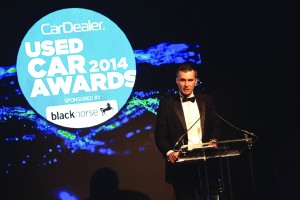 Used Car of the Year

Using data from the industry trade bibles as well as advertising portals, we’ll reward the best performing among the most popular used cars.

For dealers, cars that hold their value are like gold dust. We celebrate the vehicles which help put pounds in dealers’ pockets.

Best Performing Used Car of the Year  – Days To Sell

The last thing any dealer wants is a car sitting for weeks and weeks on the forecourt. Which cars are best at being shipped out as soon as they’re shipped in?

So don’t hang about – get your entries in now, and be part of the biggest Christmas party the automotive industry enjoys. We’ll see you there!