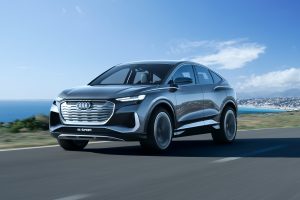 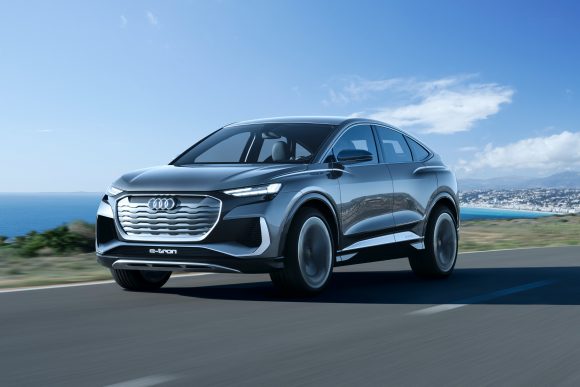 Audi has revealed a new concept which looks to bolster the firm’s EV presence – the Q4 Sportback e-tron concept.

Leading on from the production e-tron and e-tron Sportback, the new concept brings a sleeker design ahead of the showroom-ready version’s introduction into the market next year.

Audi claims that the new concept has a range of 310 miles between charges, with two electric motors helping to power the car to 60mph from a dead stop in around six seconds. And, flat out, it’ll do 112mph.

One million Bounce Back Loans handed out

More than one million Bounce Back Loans have been approved for small businesses during the pandemic, the government has said.

New figures from the Treasury show that £30.9bn worth of loans have been given to firms across the UK to help support them following the impact of Covid-19.

The Treasury also revealed that more than 53,500 Coronavirus Business Interruption Loans have now been approved, providing £11.5bn worth of funding, as at midnight on July 5.

The Chancellor will announce a £2bn scheme aimed at alleviating youth unemployment by subsidising work placements as part of his coronavirus recovery package today.

A three-point plan to boost the ailing economy by helping job creation will include a plan to help pay for six-month placements for some under-25s facing long-term unemployment.

Rishi Sunak will set out the measures in his summer economic update in the House of Commons at lunchtime. It is believed he will also offer an immediate stamp duty ‘holiday’ to temporarily exempt the tax on the first £500,000 of homes purchased, according to reports.

The European Union has forecast that the bloc’s economy will contract more than previously expected because of the pandemic.

The 27-nation EU economy will contract by 8.3 per cent this year, before growing 5.8 per cent in 2021, according to the latest predictions released by the European Commission.

In the previous forecasts released in May, when most of the continent was still under lockdown, GDP was forecast to contract by about 7.5 per cent this year and to bounce back by six per cent next year.

The FTSE 100 slid into the red as sentiment across Europe was heavily dented by the European Commission’s decision to cut its growth projections.

The German Dax decreased by 0.86 per cent, while the French Cac moved 0.66 per cent lower. 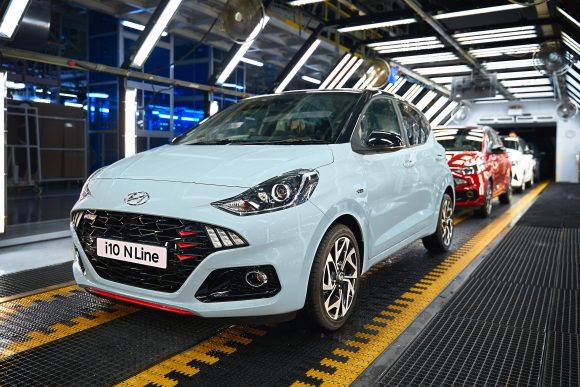 Hyundai has announced that the sports-inspired i10 N Line models will start from £16,195.

The South Korean firm has expanded its supermini range with the addition of the N Line, which draws styling and technical inspiration from the firm’s performance-focused N cars.

The model also introduces a 1.0-litre petrol engine to the line-up, which gets 100bhp and 172Nm of torque.

Footfall in UK towns and cities grew sluggishly last weekend despite the reopening of pubs and restaurants.

New data from the British Retail Consortium (BRC) revealed that footfall at shopping areas increased by 9.2 per cent on ‘Super Saturday’ against the previous week, representing the smallest increase of any day over the past week.

Total footfall for the seven days to July 4 increased by 15.3 per cent against the previous week, as high streets and shopping centres reported higher increases than retail parks.

Fashion giant H&M has said it plans to shut 170 of its stores across Europe after accelerating closures in the face of coronavirus.

The company said that sales dived by a quarter in June as it was still weighed down by the impact of the pandemic and lockdowns in key regions.

The retailer reopened hundreds of its UK stores last month after the government gave non-essential retailers the green light to welcome customers again. The company has not confirmed how many of the closures could affect its 300 UK stores.

Plug-in car uptake has reached a ‘tipping point’ in 2020 that will see the number of home charging points triple within five years.

Analysis of government data by charge point provider Anderson indicates that the current crop of 120,000 wall boxes will increase to more than 360,000 by 2025 based on current installation rates.

Electric vehicle sales were four times higher in January than the previous year, while the EV market has grown 132 per cent so far this year.

It’ll be a dry day for much of the northern half of the UK with some sunshine, and just a few locally sharp showers as a conveyor belt of cloud brings rain to central parts of the country.

Southern areas are likely to stay mostly cloudy with rain at times, especially this evening, but this rain will ease towards dawn. It’ll be dry and partly cloudy overnight further north, says the BBC.

Tomorrow, it will be another dull, damp day for central and southern areas. Further north, it will be drier and brighter with some sunny spells but the wind will be dying down.