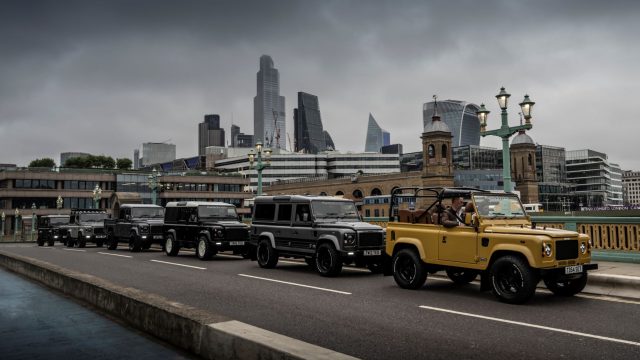 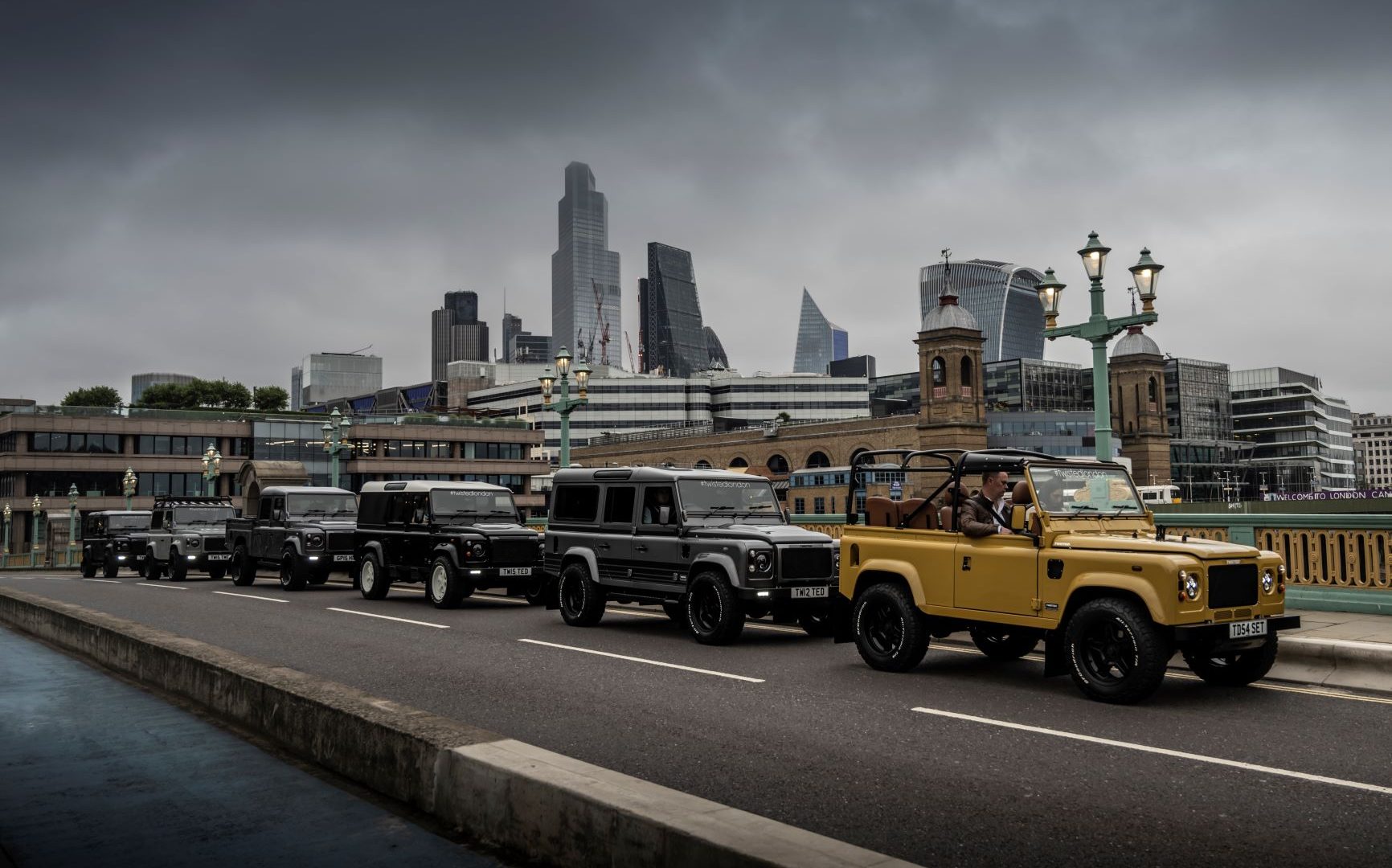 Opening as the company celebrates its 21st birthday, the new showroom is located in Radley Mews, Kensington, and includes a commissioning space where clients can create their own, fully bespoke vehicle.

The launch was celebrated with a sunrise convoy through the capital.

Among the models joining the cavalcade were two V8 110 Twisted Defender and a distinctive Twisted Bahama Gold 90 soft top.

A selection of the limited edition, re-engineered Twisted vehicles have remained at Radley Mews for clients to view and test drive by appointment.

The 1,200 sq ft showroom is a stone’s throw from Kensington High Street. 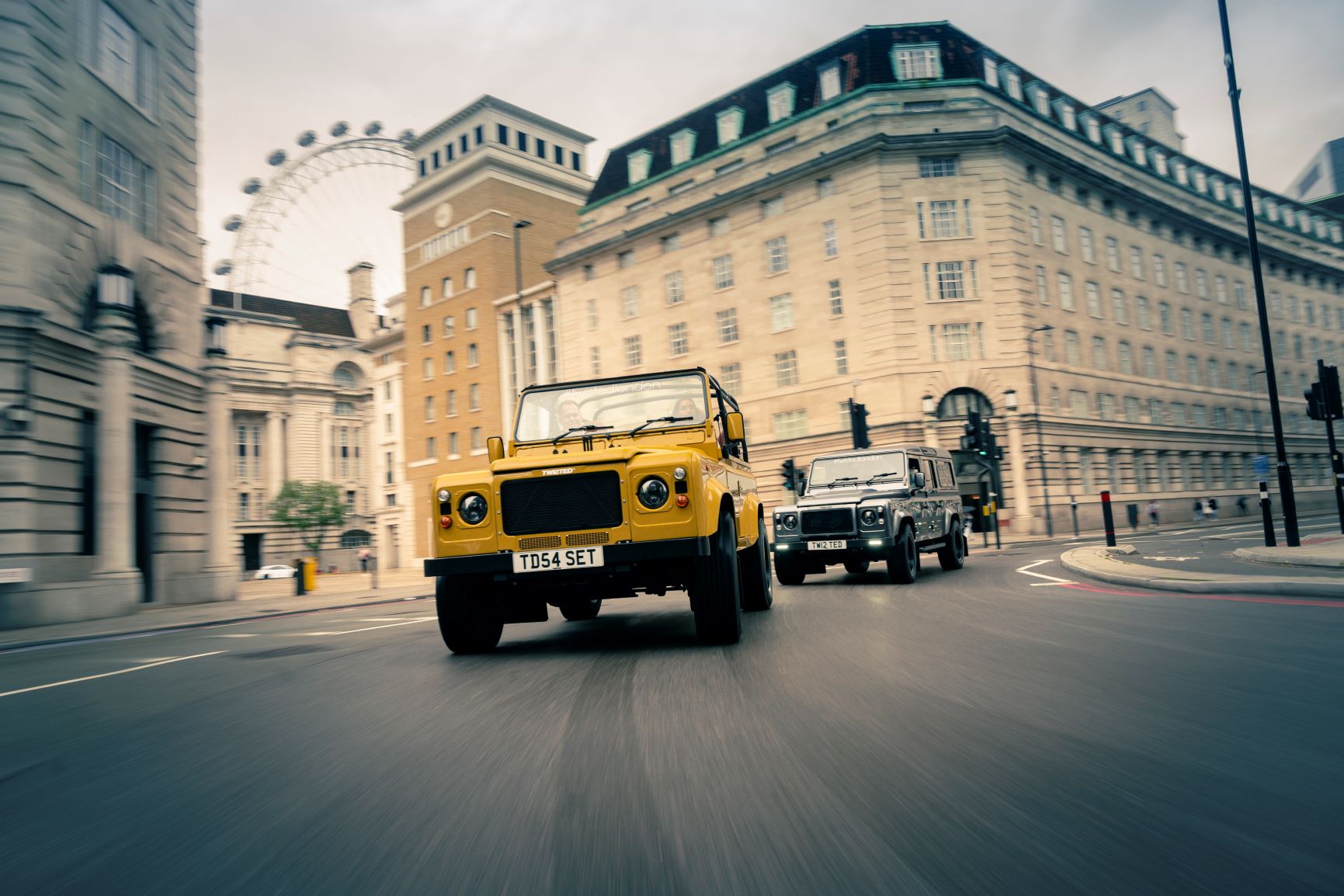 Twisted founder Charles Fawcett said: ‘While we already enjoy a home counties customer base, a home in London will open up Twisted to a whole new audience.

‘You might imagine that the Defender is most at home going across country but W8 is the biggest postcode in the UK for SUV owners.

‘A Twisted is actually the perfect car for the city. It’s narrow, the 90 wheelbase is reasonably short and it offers incredible visibility – and with an EV coming on stream soon, it’s perfect for a discerning audience that appreciate the combination of iconic design, no-nonsense styling and top of the range performance.

‘We are thrilled to continue the legacy of excellence at Radley Mews with our own range of best-in-class Twisted vehicles.

‘Having a base in London also means we are now in easy reach for our global customers. Many are all over the world but travel frequently through London and are far more likely to drop in here, than to travel to Thirsk in North Yorkshire.’

Twisted celebrates its 21st year in business in 2021 and this year is proving to be a busy one in terms of growth.

In January, the company opened a new headquarters in Thirsk, North Yorkshire, while last month, Twisted Performance Silverstone opened as the UK’s only retail outlet selling official Twisted brand parts and accessories such as wheels, steering wheels and other merchandise.

Twisted Marine is due to open later this year from a base in Salcombe, Devon.

The US division recently opened a showroom in Austin, Texas, while a base in the Middle East will launch later this month.