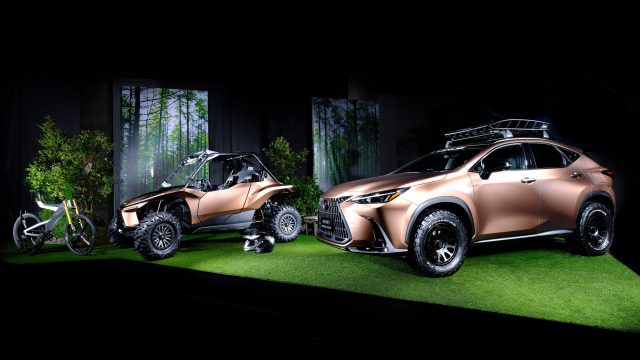 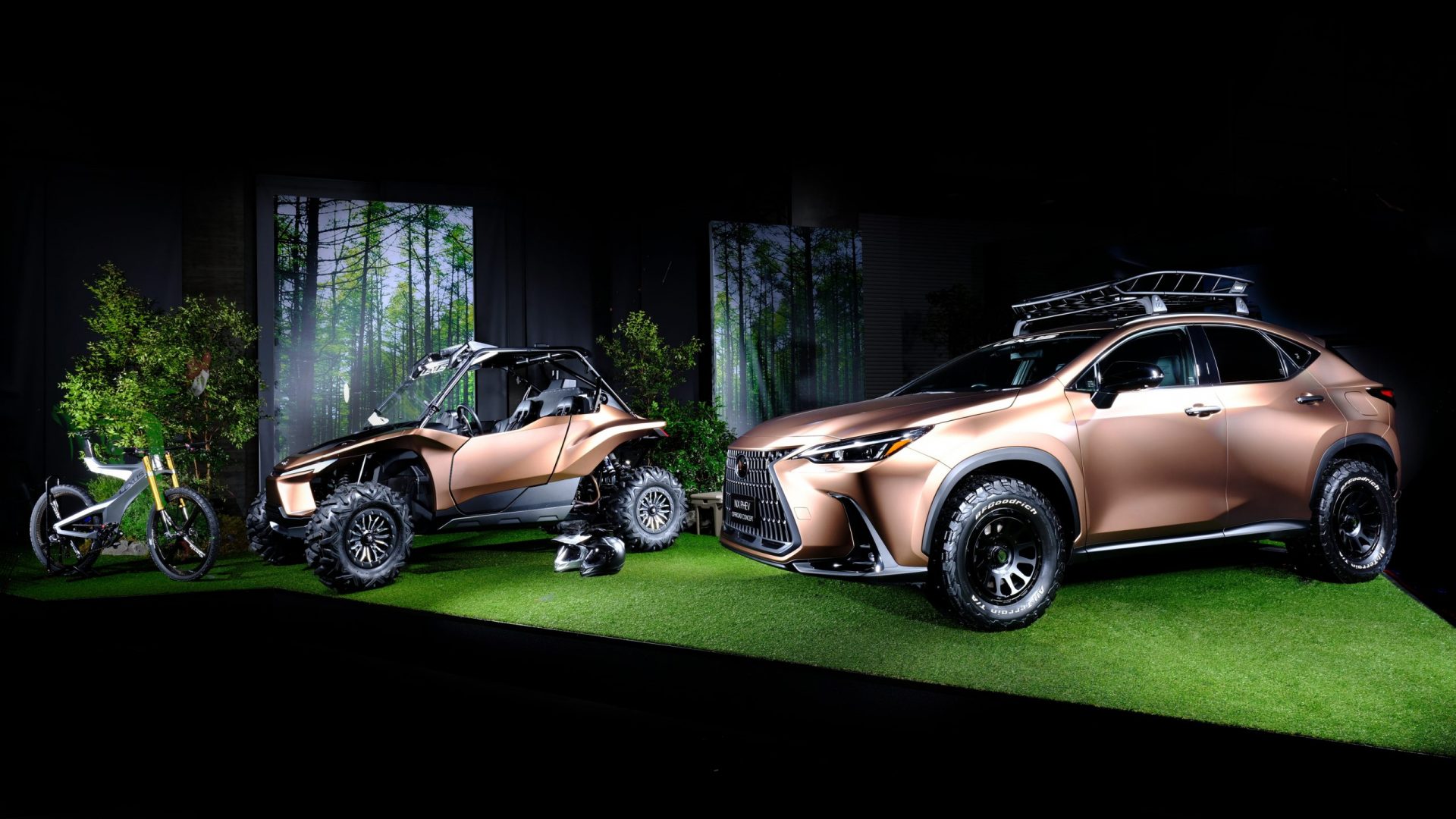 Lexus has revealed a futuristic pair of off-road concept cars at the ongoing Tokyo Auto Show.

The first, called the NX PHEV Offroad, is a concept based on the NX 450h+, meaning that it uses a 2.5-litre four-cylinder engine combined with an electric motor and battery.

However, it has also been given lifted suspension and all-terrain tyres to help it tackle more difficult terrains. On top of this, a bronze and matt black paint finish ensures it stands out against the regular NX.

The ROV (recreational off-road vehicle), meanwhile, is akin to a usual go-anywhere buggy but uses a hydrogen-powered engine for super clean running.

Compressed hydrogen is stored in a tank and introduced to the engine via direct injection. By using this process, you get the ultra-clean performance that hydrogen power brings but with the true sound and feel of a combustion engine.

In fact, Lexus says that thanks to a minimal amount of oil consumption, the ROV produces ‘virtually no CO2 emissions’ when being used.

The ROV concept uses a pipe frame and a protection cage to protect those inside. The front wings deflect stones and rocks, while inside there’s a simple layout to ensure that the driver can focus on the task at hand.

The seats are finished in synthetic leather, though real leather is used on the steering wheel and gear shifter. A sequential transmission has been fitted, ensuring quick gear changes via the wheel-mounted paddles. There’s also the option of selecting either two- or all-wheel-drive. A locking differential has been included too.