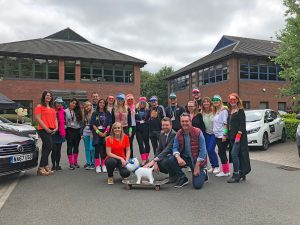 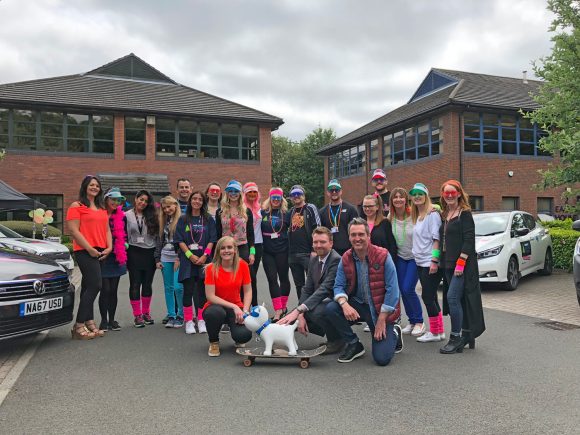 NATIONAL motor retailer Lookers is taking on the north-east leg of the biggest charity drive in its history – the Lookers Electric Charge.

The carbon-neutral challenge is in aid of charity Ben and involves a relay of electric and hybrid vehicles travelling 2,000 miles to destinations including all 153 of the retailer’s franchised dealerships, where a wide range of fund-raising activities is taking place, from green energy workshops to test-drive events and golf days.

The initiative, which began in Dublin in May, represents this year’s Industry Leader Challenge, run by Ben, and will see a number of events held at Lookers’ 17 dealerships across the north-east.

These will include carpool karaoke and fancy-dress challenges, as well as bake sales and carbon-neutral days.

The relay will also pay homage to the north-east’s biggest contribution to the global motor industry, the Nissan plant in Sunderland, and will be driving around its test track as part of the route.

The Electric Charge has already visited Lookers’ north-east head office in Newcastle, where staff were eager to get involved by holding an 80s neon-inspired barbecue, followed by a charity golf tournament.

Among the cars that will be tested in the north-east for their driveability and range are the Audi a3 e-tron, the all-electric Volkswagen e-golf, Kia Niro and, of course, the new Nissan Leaf. To remain carbon-neutral by the end of the route, carbon credits will be purchased.

Lookers CEO Andy Bruce said: ‘The north-east is a vital part of the developing electric car industry, with Nissan’s plant in Sunderland one of its biggest contributors. This gives the north-east leg of the Lookers Electric Charge that extra sense of importance and I’m sure all of our staff across the region will be keen to get involved with the wide variety of fund-raising events we have planned.’

Once the electric car relay has completed its north-east leg, it will then be heading to Lookers’ head office in Manchester before travelling down the country to visit the group’s remaining dealership network before reaching its final destination at Mercedes-Benz Eastbourne in October.

The initiative will include more than 180 stops in total, including visits to the Electrification Centre of Excellence at the Jaguar Visitor Centre in Castle Bromwich and Ford’s iconic factory in Dagenham.

While in London, the Electric Charge will also hold the ultimate showdown between electric car and bike in a first-to-the-finish race across the city.

Zara Ross, Chief Executive at Ben, which provides support for those in need within the motor industry, said: ‘We are delighted that the team at Lookers are taking on this year’s Industry Leader Challenge to fundraise for Ben.

‘We really appreciate their support and are keenly following the team on their epic journey down the UK! Good luck and thank you to everyone involved.’

MORE: Lookers’ David is named Motability Specialist of the Year

On WorkshopMagazine.co.uk: New bonus shop gifts set to be added to Repxpert