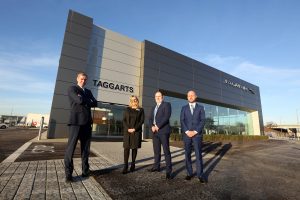 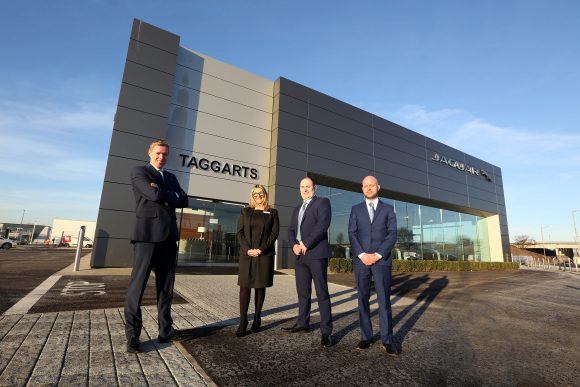 NATIONAL motor retailer Lookers has shown its commitment to the Glasgow area by investing more than £12 million in the opening of two cutting-edge dealerships in the city, including the biggest Jaguar site in Scotland.

Taggarts, which is part of the Lookers group, is relocating its Jaguar and Volvo businesses from Maryhill Road, Glasgow and Windmillhill Street, Motherwell to new, purpose-built dealerships at Hillington Park, representing investments of more than £7 million and £5.3 million respectively.

The move marks a brand-new chapter for Taggarts Jaguar, which had been based in Maryhill Road, Glasgow since 1983 and at Windmillhill Street since the 1960s.

Customers will also benefit from the site’s impressive drive-through facility, which will allow repair and maintenance customers to be serviced more quickly and conveniently.

Other features include 21 customer parking bays, 14 workshop ramps and space in the showroom to display nine new cars.

A further investment of £5.3 million has been made by the group in a brand new Taggarts Volvo Glasgow dealership, which sits adjacent to the new Jaguar site. 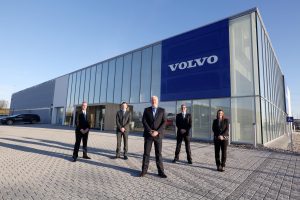 Both dealerships are expected to create jobs as they establish themselves within their larger, purpose-built showrooms.

Jason Blane, head of business at Taggarts Jaguar Glasgow, said: ‘We are very excited about opening this fantastic retail site in Glasgow.

‘The Jaguar brand is at a very exciting point in its history and is now preparing to lead the way in a number of areas, including the development of EV technology. Our new drive-through facility will provide our customers with a quick and easy way to drop off their car and receive world-class customer service.’

Meanwhile, the new Taggarts Volvo Glasgow site will be opening its doors to the all-new Volvo XC40 in February, representing the brand’s first foray into the compact SUV market. An open-doors weekend will take place at Taggarts Volvo Glasgow on and February 24 and 25 to celebrate the launch of this new model.

Derek Muir, head of business at Taggarts Volvo Glasgow, said: ‘Our new Volvo site at Hillington is hugely impressive and is in keeping with the high standards that the brand sets itself. Volvo has massively increased in popularity over recent years, with levels of design and build that have set an industry benchmark.’

On Workshop Magazine: Garage starts year in style with £1,000 prize