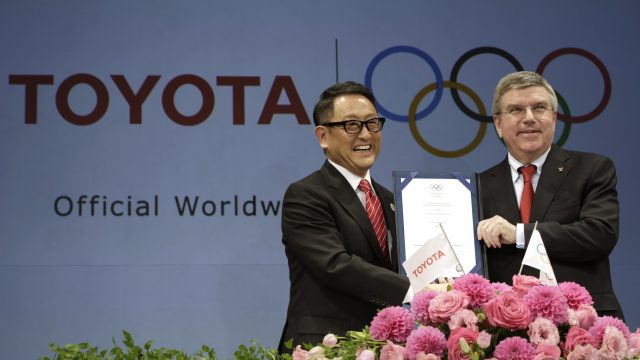 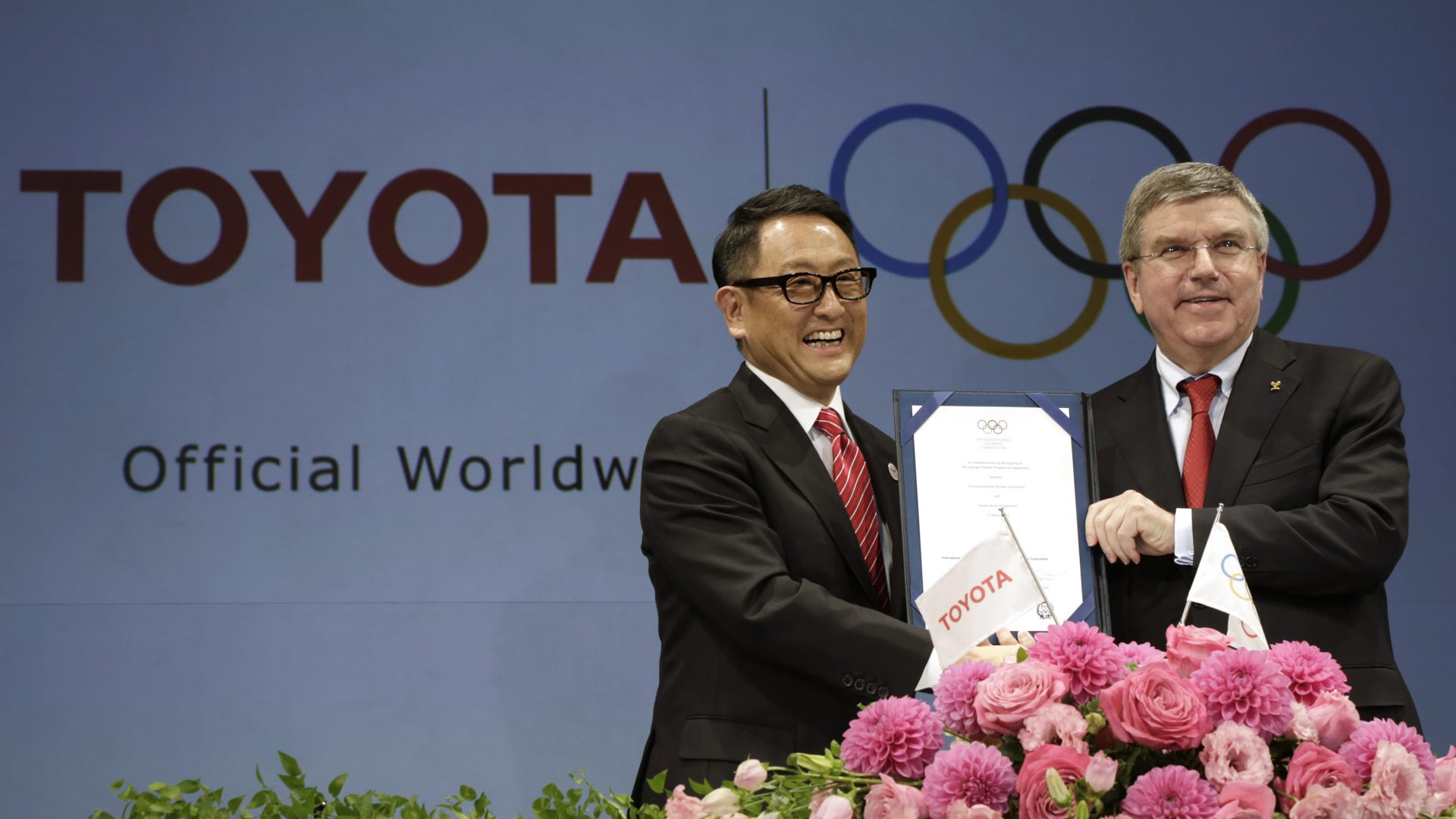 Toyota will not be airing any Olympic-themed advertisements on television during the Tokyo Games, despite the firm being one of the Games’ top sponsors.

The carmaker has said it’s decided not to air any adverts on Japanese television and its boss will miss the opening ceremony because of the Games’ ‘many issues’.

The decision is being seen as underlining how polarising the Games have become in Japan as Covid-19 infections rise ahead of Friday’s opening ceremony.

‘There are many issues with these Games that are proving difficult to be understood,’ Toyota chief communications officer Jun Nagata told reporters.

This is despite about 200 athletes taking part in the Olympics and Paralympics who are affiliated with Toyota, including swimmer Takeshi Kawamoto and softball player Miu Goto.

Nagata said the company will continue to support its athletes.

Being a corporate sponsor for the Olympics is usually all about using the games as a platform to enhance the brand.

But being linked with a pandemic-era Games may be viewed by some as a potential marketing problem.

Toyota signed on as a worldwide Olympic sponsor in 2015, in an eight-year deal reportedly worth nearly one billion dollars (£726m).

In doing so, it became the first car company to join the IOC’s top-tier marketing programme.

The sponsorship, which started globally in 2017, runs through to the 2024 Olympics, covering three consecutive Olympics in Asia, including the Tokyo Games.

The Tokyo Olympics, already delayed by a year, are going ahead despite the Japanese capital being under a state of emergency.

It is already virtually a made-for-TV Olympics with most events, including the opening ceremony, going ahead without fans in the venues.

Some dignitaries, such as IOC president Thomas Bach and Emperor Naruhito, are likely to attend.

Toyota is one of the most trusted brands in Japan.

Public opinion surveys reflect widespread concern among Japanese people about having tens of thousands of Olympic participants enter the country during a pandemic.