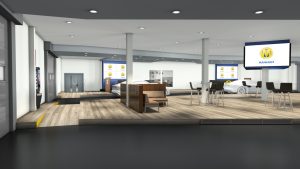 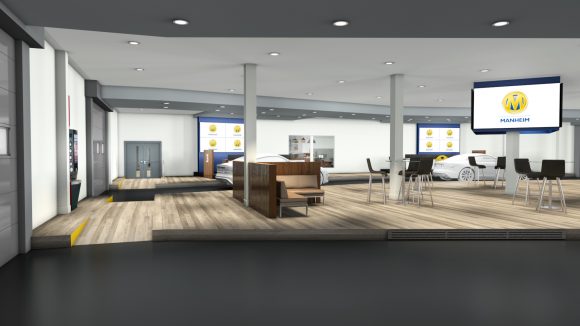 The centre, which has been redeveloped, welcomed more than 1,400 visitors to its lanes and online across the four auctions held from September 25 to 29.

More than 1,650 cars were sold across the week, with sales from 12 vendors, including BMW Group UK Ltd, Volkswagen Financial Services and Mercedes-Benz Cars UK Ltd. A 100 per cent sale conversion took place during the inaugural BMW Group auction on the first day, with 498 vehicles sold.

Tim Hudson, managing director of Inventory Solutions at Cox Automotive, who officially opened the site alongside chief executive Michael Buxton, said: ‘The launch of Manheim Bruntingthorpe was a phenomenal success and everybody involved embraced the new centre with enthusiasm and positivity.

‘Manheim Bruntingthorpe represents one of the most innovative and technologically advanced auction centres in the UK and we are very proud that it exceeded expectations in its first week, delivering a fantastic experience and great results for vendors and buyers alike.’

In addition to unveiling Bruntingthorpe’s new facilities, including advanced AV technology, a state-of-the-art audio system and a premium executive lounge, Manheim also showcased the UK’s first double-blocking auction on the Wednesday, with more than 640 cars sold during the day.

Dean Walker, head buyer at Motorpoint who attended the double-blocking auction, said: ‘Any doubts held by vendors or buyers about double blocking have been cast aside. The pace of sale allowed us to view several cars simultaneously, and we had great success.

‘The Manheim Bruntingthorpe auction centre is a great asset to the industry and we look forward to attending further auctions at the site.’

Hudson added: ‘We’re very pleased with the reaction and feedback we have received from the industry so far, regarding both the site’s new facilities and the double-blocking auction.

‘Following the success of Manheim Bruntingthorpe, we look forward to developing further innovations, both in-lane and online, that will create greater opportunities for our customers to sell more vehicles, more quickly and more profitably.’

The launch of Bruntingthorpe also saw Manheim donate more than £5,000 to automotive charity Ben, the not-for-profit organisation dedicated to providing life-changing care and support services to people working in the automotive industry.

Pictured at top: The auction centre ahead of its launch