UK motorists to embark on 15m leisure trips this weekend

An estimated 15m leisure trips will be made by car in the UK this weekend after lockdown restrictions were eased in England believes the RAC.

It comes as people were asked to ‘think carefully’ before visiting national parks and beaches on the first weekend since some lockdown measures were lifted.

With the Met Office forecasting sunny weather, the public is being urged to continue observing social-distancing rules and avoid contributing to crowded public spaces. Since Wednesday, a slight relaxation means people are no longer limited to one opportunity to exercise outdoors each day.

CAP HPI doesn’t think it will move the values of newer used cars until June at least as volumes of trade sales are still pretty low.

In an exclusive video interview, CAP HPI’s head of valuations Derren Martin tells the firm have restarted assessing the prices of used cars after a hiatus during lockdown.

CAP HPI has only been moving used car prices on models five years and older as there still is not enough trade volumes to change the prices on everything. Full story here.

Facebook has bought one of the largest Gif-sharing websites on the internet in a deal reported to be worth around $400m.

Giphy’s user-uploaded library of animated images is already integrated and used widely by Facebook’s social media apps, but now it will become a part of the Instagram team. According to Facebook, 50 per cent of Giphy’s traffic comes from its platforms, with half from Instagram alone.

‘By bringing Instagram and Giphy together, we can make it easier for people to find the perfect Gifs,’ said Vishal Shah, Facebook’s vice president of product.

Television star and car dealer Mike Brewer has criticised Transport for London (TfL) for hiking the congestion charge – claiming it ‘penalises the motorist at this difficult time’.

TfL announced yesterday it would be increasing the Congestion Charge by 30 per cent from June 22, from £11.50 to £15 and extending when it is applicable to 7am to 10pm every day.

Brewer was critical of the fact that those who have to return to work have been asked to not use public transport unless they absolutely have to but now it’s going to cost them more to do so in London. Watch his interview here.

The government has given an insight into its plans for a nationwide network of rapid electric vehicle chargers to accelerate the country’s move to ban the sale of petrol and diesel cars by 2035.

The Rapid Charging Fund was announced in the March 2020 Budget, but now the Department for Transport (DfT) has shared its goals, which will contribute towards upgrading charging infrastructure to meet future demand.

The DfT says it hopes to have at least six fast chargers – those capable of charging between 150 and 350kw – at all motorway services areas in England by 2023, with some larger sites having 10-12. 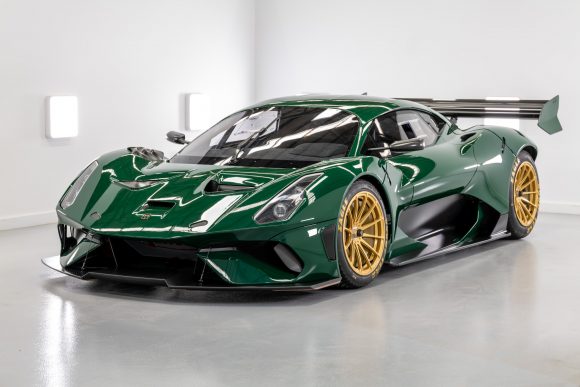 The first Brabham BT62 Competition race car has been delivered to the Horsepower Racing team ahead of competing in the Britcar Endurance Championship.

The Australian company, which has revived one of the most iconic names in motorsport history, says it has managed to continue working through Covid-19 restrictions.

Almost a third of the country’s lowest-paid workers have been furloughed or lost their jobs altogether, a new study suggests.

The Resolution Foundation said a survey of 6,000 adults showed that Britain’s lowest-paid employees are paying the heaviest economic price in the current crisis.

FTSE 100 closes up as investors cheer factory boost in China

Stock markets appear keen to leap on any sign of good news and Friday was no exception with shares jumping on the back of some decent industrial data from China.

Production in the country returned to growth for the first time this year in April – up 3.9 per cent year-on-year according to official data – as factories started to reopen following lockdown.

The hopes for European economies and boosts to London’s listed mining stocks helped the FTSE 100 close the day up 58.23 points, or one per cent, at 5,799.77 – although the week ended down 2.3 per cent.

The German economy shrank by 2.2 per cent in the first quarter compared with the previous three-month period as shutdowns in the country and beyond started to bite.

That means Europe’s biggest economy went into recession following a small dip at the end of last year.

The figures from the Federal Statistical Office show the decline in the January-March period was the second-biggest quarterly fall since Germany was reunited in 1990, exceeded only by a 4.7 per cent drop in the first quarter of 2009 at the height of the global financial crisis.

Leading economists have warned that the government needs to treat coronavirus like ‘fighting a war’ as it warned of a ‘huge’ hit to the economy in 2020.

Experts also told ministers that the government should consider a ‘one-off tax’, potentially on wealth or real estate, to address the long-term damage of the pandemic. The comments were made by a panel of senior economists who were questioned by the Treasury select committee on Friday afternoon.

Jagcit Chadha, director of the National Institute of Economic and Social Research, said the slump in the economy caused by the virus will be ‘huge compared to anything we have experienced in our lifetime’.

Moneysupermarket snaps up Just Eat boss as next chief

Moneysupermarket Group has poached the boss of food delivery giant Just Eat to be its next chief.

Peter Duffy will join the price comparison specialist as its chief executive at the start of September. He joins the business from Just Eat, where he has led the company through its mega-merger with Dutch firm Takeaway.com over the past year.

Duffy took the role after Peter Plumb was ousted from Just Eat in January 2019, having previously worked as easyJet’s chief commercial officer and marketing director at Audi UK.

Car insurance providers have been told to allow for delayed payments and waive fees when necessary to help customers who are in financial difficulty due to the pandemic.

The Financial Conduct Authority has told insurers that they must waive the cancellation fees – among others – that customers would traditionally have to pay when making adjustments to their policies. They’ve also been requested to reassess customer risk profiles to see if premiums can be lowered.

The FCA’s Sheldon Mills said: ‘As with other areas of finance, we have worked quickly to draw up measures to help policyholders in financial difficulty because of coronavirus.’

Royal Mail boss Rico Back will pocket up to £1m as he steps down with immediate effect after spending less than two years at the helm of the postal giant.

The board said it had agreed with Back that he should vacate his post and go on gardening leave until the middle of August.

It comes as it said revenue had fallen by £22m in April, as Britons sent 33 per cent fewer letters.

Back was already facing criticism from both unions and shareholders. 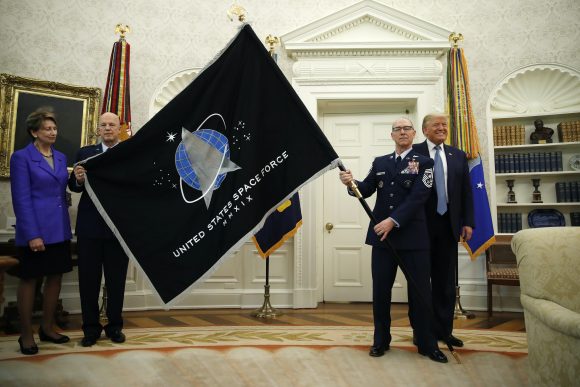 The US Space Force — the newest branch of the armed services — has unveiled its own flag.

Is it safe to visit car dealers now? The huge steps motor trade is taking to make showrooms safe ahead of reopening tomorrow

TrustFord chairman: Let’s get back to work before making knee-jerk reactions