Home > News > Mercedes-Benz: Van demand was so high that we were selling back customers’ old ones 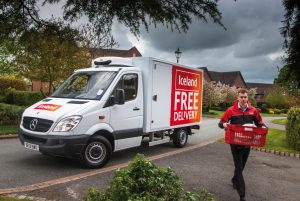 Mercedes-Benz: Van demand was so high that we were selling back customers’ old ones

Demand for Mercedes-Benz’s LCVs in the lockdown increased to the point that customers have been buying back their old de-fleeted vans for extra capacity.

That’s according to Mercedes-Benz Vans UK managing director Steve Bridge, who joined us on Car Dealer Live earlier this week.

Bridge, who has spent six years as managing director of the maker’s UK van division, discussed the impacts of the coronavirus crisis and subsequent lockdown on the LCV sector – admitting that the small surge despite the conditions took the firm by surprise.

‘I think from our point of view we were quite pleasantly shocked by the increase in volume that we received during the period of March and April,’ he told host James Batchelor.

‘The market was very depressed, but our volumes grew – and they were nowhere near the same volumes as they were in the same period last year, obviously…

‘But then if you think about it logically, the markets that we are successful in – be that a grocery or delivery of food to people’s homes, parcels, even ambulances – the orders started to come in as the demand for these segments grew.’

Grocery delivery vans in particular have been in particular demand, Bridge revealed, with many of the country’s supermarkets clamouring to get hold of more Sprinter-based refrigerated models.

‘With some of the big supermarkets that we supply, we were actually giving them back some of their used vehicles that they’d returned to us,’ said Bridge.

‘One particular client, we gave them back 400 [de-fleeted models]. We brought 400 in, swapped them with new ones, and then they phoned us and said can we have the old ones back, so we refurbished them and sent them back out.

‘So yeah there’s a huge impact of course. The sad state of affairs with coronavirus is obvious, but we were there to keep business moving and that’s what we do.’

Van drivers are the ‘unsung heroes’ of the last 4 months

Bridge also paid tribute the van and ambulance drivers of the UK, who’ve spent the lockdown delivering food and essential items to those unable – or understandably unwilling – to leave their homes.

‘During the period that I’ve been working from home… The lads and ladies who come to deliver to my house, I know them by name personally… And they’ve had to work longer hours,’ Bridge told us.

‘Our business barometer survey said that on average these guys are working an extra five hours per week than they were previously.

‘A guy came here the other night at half past nine – a guy called Tim, he works for Hermes – and I asked him why he was so late. He said he had another 14 drops to do, and 303 drops on his van that day.

‘So these are the unsung heroes. The obvious ones are paramedics, who do drive things like Sprinters, though I’d never call a paramedic a van driver!’

You can watch the full video interview above