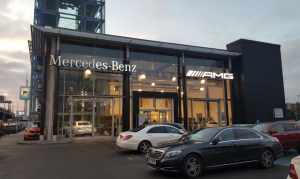 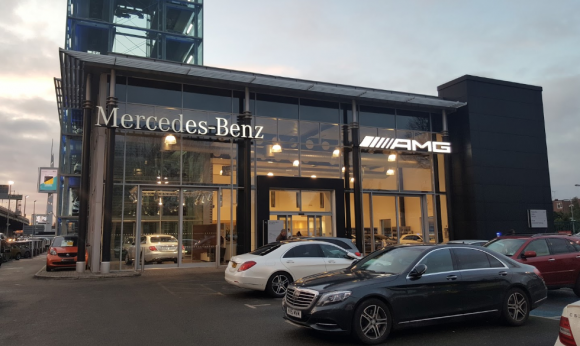 Mercedes-Benz is consulting with its dealer network on plans to adopt an agency sales model for new car sales.

A handful of the German marque’s dealers have contacted Car Dealer about the move – and it comes as big rival Volkswagen Group confirms it’s implementing the revolutionary sales model.

Later in the day, the German giant confirmed it is planning on introducing an agency sales model for its electric vehicles.

Now dealers have told Car Dealer Mercedes-Benz is flirting with the agency sales concept too – the second time it has done so in recent years.

Mercedes-Benz declined to comment on ‘speculation regarding future business models’, however it said it is considering pulling out of its Mercedes-Benz Retail Group business (owned by M-B UK) by selling off its London operation.

‘As a result, the company is transforming its own retail business for Mercedes-Benz Cars and Vans and is therefore assessing a potential divestment of Mercedes-Benz Retail Group in the UK.’

Marshall Motor Group, a strong Mercedes partner already, and acquisitive Vertu Motors are likely to be interested in the businesses.

The spokesperson added: ‘In the search for buyers, high priority is placed on their long-term economic success and the continuation of the Mercedes-Benz operations.

‘In doing so, we are fulfilling our social responsibility to safeguard jobs and ensure the best possible support for our customers.’

London is the last remaining area for the manufacturer-owned business after Mercedes-Benz had already sold off its Birmingham and Manchester operations to LSH Auto in 2016.