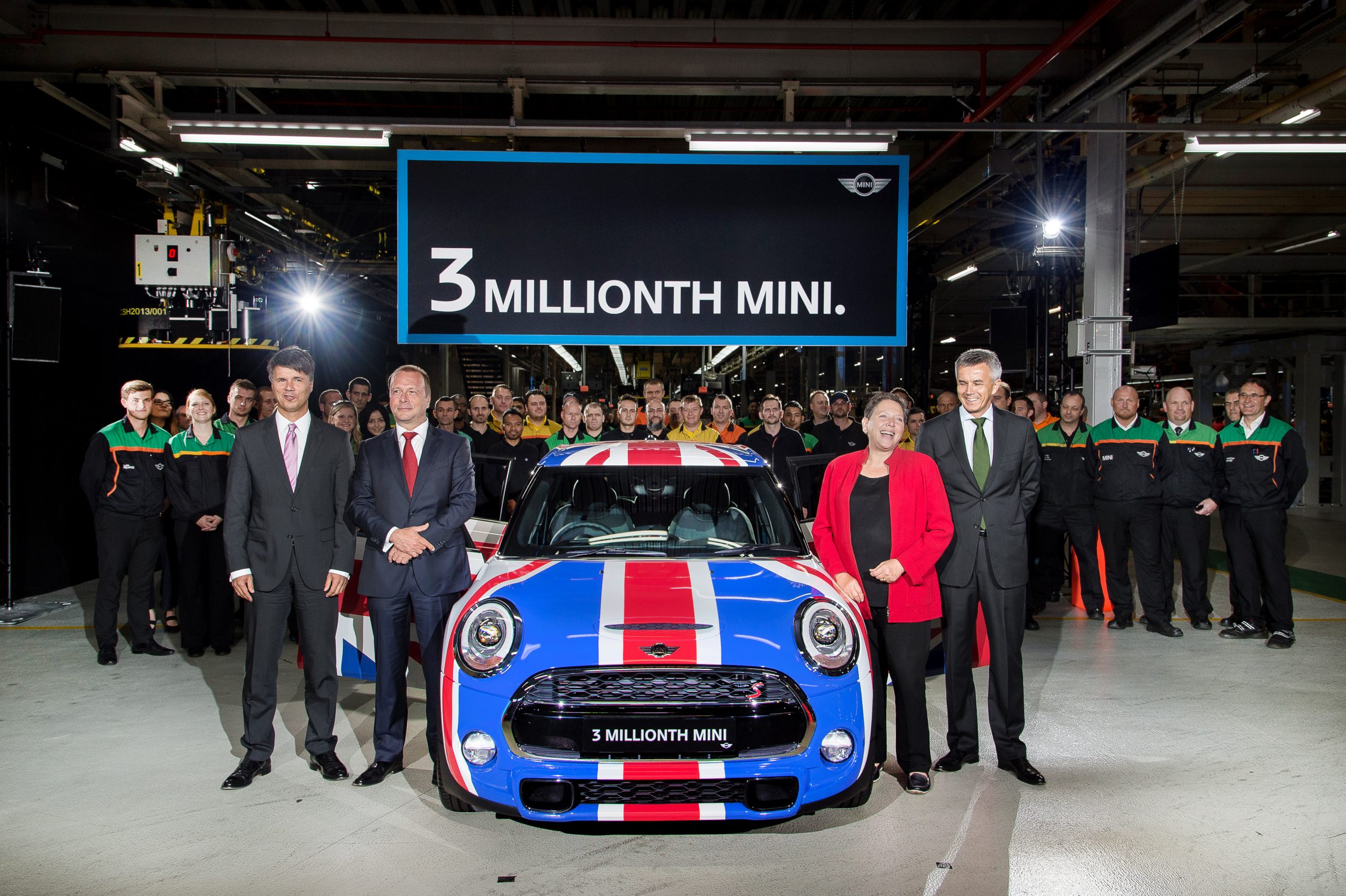 MINI has announced the production of its three millionth car since 2001, and its two millionth international export.

Relaunched in 2001 under the stewardship of the BMW Group, the Mini brand has become one of the most popular in the automotive world.

It is a true British export success story with drivers in more than 110 markets falling in love with the famous marque.

In the last 13 years, the Mini range has grown from one to seven models meaning that the brand can now offer a car to cater for all tastes and requirements.

The three millionth Mini to be produced was a five-door Hatch Cooper S and has a special exterior design to celebrate its heritage and its British roots.

The two millionth export Mini to leave Plant Oxford was an orange Mini Hatch which is currently making its way across the ocean to Japan.

Transport Minister Baroness Kramer said: ‘I congratulate the workers at Mini Plant Oxford on reaching this remarkable milestone. The Mini is a British icon and is a major part of a thriving automotive industry spearheading the growing British economy.’

Meanwhile, it was announced that a £750 million investment is under way across three of BMW Group’s UK manufacturing facilities. Highlights include a new 1,000-robot bodyshop at Plant Oxford and the installation of new body manufacturing technologies including laser welding at Swindon.