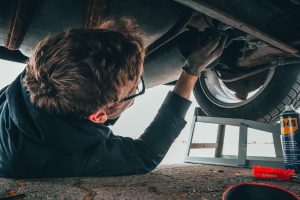 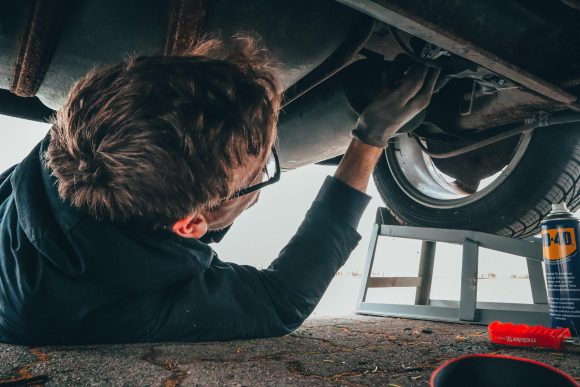 MOT tests will resume in Northern Ireland from next month but the DVSA is still tight-lipped on whether it will follow suit and cancel the six-month extension for cars in England, Wales and Scotland.

She said: ‘DVA has carried out a full review of risk assessments and has developed new MOT processes that comply with all the published government public health advice and guidance, including the guidance on working in and from vehicles.

‘Consultation is ongoing with trade unions with a view to the phased return of testing in the coming weeks. To adhere to social distancing requirements it will be necessary to operate test centres with reduced staffing levels and with some changes to the testing process to keep staff and customers safe.’

Garages will prioritise certain vehicles including taxis and buses due a first time test; vehicles not previously registered in Northern Ireland; vehicles whose MOTs have expired by more than 12 months that includes vehicles previously declared SORN and those sold by car dealerships.

The DVA says an exact date will be published once the demand for the initial priority groups has been addressed. Drivers will be sent letters telling them how to book.

MOT testing was suspended in January after faults were discovered in some lifts in garages.

But from July 20 they will be allowed to reopen as long as social distancing guidelines are adhered to.

It will prompt many garages in England, Wales and Scotland to ask why the six-month MOT extension for cars still hasn’t been cancelled.

Calls have been growing since the Drive and Vehicle Standards Agency (DVSA) cancelled the three-month extension for HGVs last week.

The Independent Garages Association said this week the six-month extension for cars should be cancelled ‘with immediate effect’.

So far the UK government has been reluctant to make any changes to the six-month extension citing concerns it’ll lead to a spike in MOT tests later this year.

But with Northern Ireland now announcing the way it will deal with a back-log of MOTs since January, the way could be paved for the DVSA to follow suit.

Car Dealer Magazine contacted the DVSA today (June 25) for an update and a spokesman said: ‘The six-month MOT extension is still under review. A large number of motorists are still getting their cars tested despite the extension being in place and we will announce a change when the time is right’.

Why hasn’t the six-month extension been cancelled?

How does the MOT six-month extension work? Q&A and video