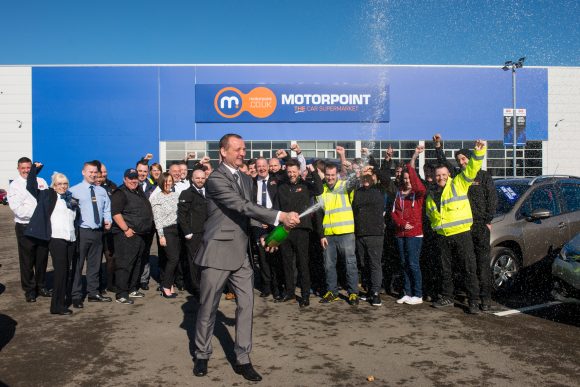 MOTORPOINT expects to see year-on-year revenue growth of about nine per cent for the six months to the end of September, it announced today.

In a half-year trading update ahead of its interim results, due to be published on November 29, it also said the group’s operating margin had performed at a similar level to the same period last year.

The statement said: ‘Stock management and mix remains a key focus and we are pleased that the breadth and quality of stock on hand going into the second half of the year is strong.

‘Motorpoint’s 12th site, in Sheffield, reached its first anniversary in the period and is delivering an encouraging performance. The group continues to evaluate opportunities for its 13th retail site, with a pipeline of new site options under review.’

In its outlook, the independent vehicle retailer group said it was continuing to monitor customer confidence closely, taking into account ‘the ongoing economic and political uncertainty’.

But it added that the board was ‘encouraged with the recent trading performance and remains confident that Motorpoint’s independent and flexible model leaves it well placed to increase market share’.