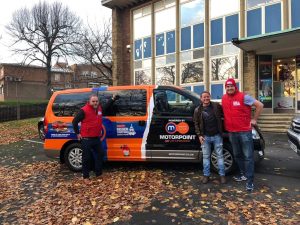 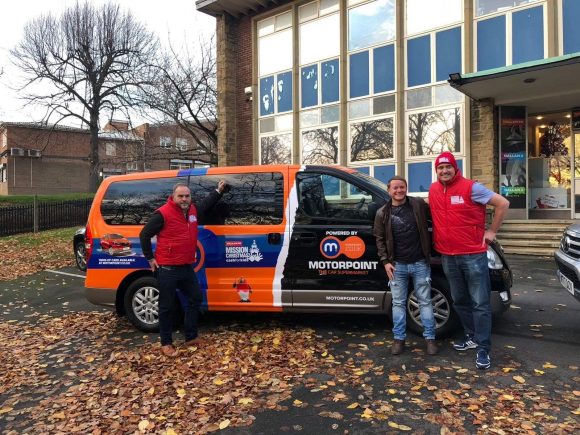 MOTORPOINT in Sheffield is helping a children’s charity get mobile in the run-up to Christmas.

The independent car retailer, which is based on Sheffield Business Park, has provided Hallam FM’s Cash for Kids with two branded vehicles to support its Mission Christmas initiative.

Charity manager Allan Ogle and his team at Cash for Kids have been given the use of a top-of-the-range Toyota Hilux so that they can transport their sleigh throughout the region for Santa to turn on the lights at events across Sheffield and South Yorkshire – starting with Crystal Peaks Shopping Centre this week.

It’s also provided the charity with a Hyundai i800 so that it can visit official Mission Christmas drop-off points to collect new, unwrapped gifts as well as deliver the thousands of donated gifts to homes ahead of Christmas.

Chris Goodison, general manager of Motorpoint Sheffield, said: ‘We have over 500 low-mileage, nearly-new vehicles in stock on site in Sheffield, so it was a pleasure to be able to play our part in helping Cash for Kids get mobile for Mission Christmas.’

Motorpoint became an official Mission Christmas drop-off point by building a 20ft Christmas tree in its showroom for visitors to place their gifts under.

Everyone who donates a new and unwrapped gift until December 19 will be able to enter a competition to win £1,000. The winner will be chosen at random on December 20.