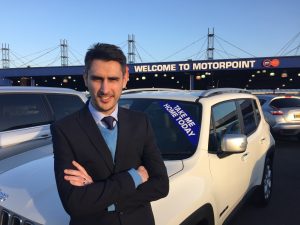 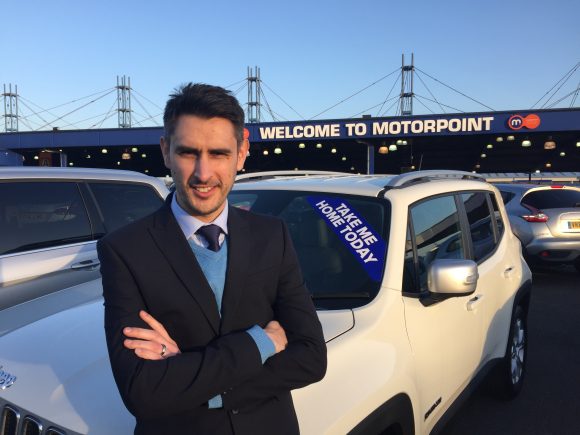 Brown, who until recently was the sales manager, will oversee the 50-strong team based at the company’s branch near the Newport Retail Park. He replaces Russell Louth who has been promoted to the position of head of group operations at the company.

Brown, who is married with two young children, has worked for the company in a variety of customer-facing roles since early 2007.

Motorpoint, the principal sponsor of the world-renowned Motorpoint Arena Cardiff, has been based in Newport for over a decade. Located on the Queensway Meadow Industrial Estate, it helps motorists from across South Wales buy used cars with a no-hassle, no-haggle approach.

Brown said: ‘I am thrilled to be given the opportunity to lead the team and look forward to working closely with my colleagues to increasing Motorpoint’s market share across South Wales and South West England.’

Mark Carpenter, managing director of Motorpoint, added: ‘Chris is yet another example of promoting from within wherever possible. He demonstrates passion and energy in all that he does and is a welcome addition to our senior management team.’

MORE: If there’s one event not to miss, it’s CDX, says our Google keynote speaker

On SuperUnleaded.com: Helicopter Pilot Lands On Road To Ask Trucker For Directions