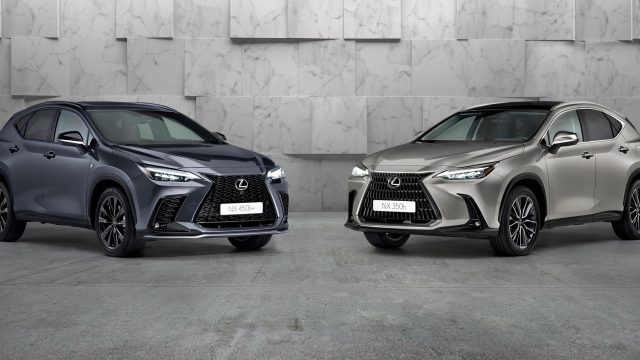 Lexus has revealed the second-generation version of its NX – a hybrid SUV that rivals the BMW X3 and Volvo XC60.

Introduced in 2014, the NX has proved to be a very popular model for Lexus in Europe, accounting for more than 170,000 sales in that time and being key to attracting buyers from other premium brands.

That’s something the manufacturer is hoping to continue with this second-generation car, which is said to be made up of 95 per cent new parts.

The Japanese firm hasn’t messed with the design too much, with marginal increases in dimensions and a new version of the brand’s well-known ‘spindle grille’ that dominates the front end.

Here, it sits more upright than before, while the rear gets a full-length rear light bar, along with trendy ‘LEXUS’ lettering arranged across the bootlid.

Inside, the new NX is the first Lexus to adopt the brand’s new ‘Tazuna’ concept, which aims to put the focus on the driver, while also minimising distractions. 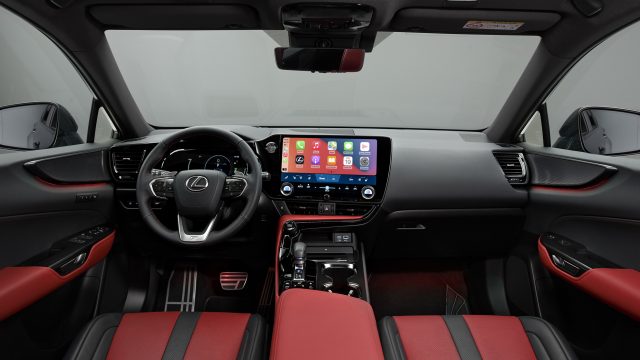 Most notable is a new touchscreen system measuring up to 14 inches, which Lexus promises is far quicker to respond than the poor system found in the outgoing car.

Since launch, the NX has been available as a self-charging hybrid, which will continue to be sold, but joining it will be a plug-in hybrid – the first to be offered by Lexus.

This new NX 450h+ will act as the range-topper, and joins a 2.5-litre petrol engine with twin electric motors – one at each axle, enabling all-wheel-drive.

Combined, they produce 300bhp, with a 0-60mph time of around six seconds promised. 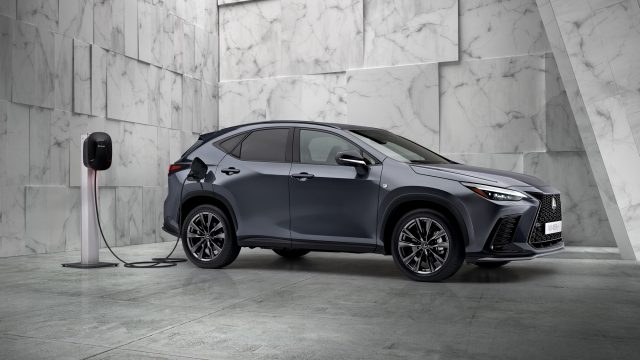 A large 18.1kWh battery also delivers an electric range of 40 miles, with the system said to be 20 per cent more efficient than those found in the NX’s rivals.

Lexus has also tweaked the regular hybrid model – its name changing from the NX 300h to the NX 350h to reflect its increase in power from 194bhp to 239bhp. At the same time, CO2 emissions have also dropped by 10 per cent.

Underpinned by a new ‘GA-K’ platform, the new NX gains ‘fundamental benefits in dynamic performance’, says Lexus, with a lower centre of gravity and wider tracks being key to improve handling.

Class-leading levels of safety technology are also promised, with the NX’s enhanced systems said to be able to recognise and help to avoid 36 more accident scenarios than before.

Changes include pre-collision braking that can now spot motorcycles and more solid objects, along with emergency steering assist that can swerve to avoid crashes.

Prices and specifications for the new NX are yet to be announced, although they’re expected to remain similar to the outgoing car’s £36,000 starting price. First deliveries are expected before the end of the year.