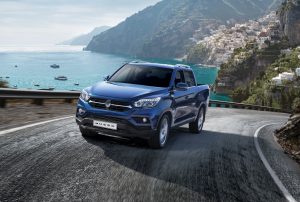 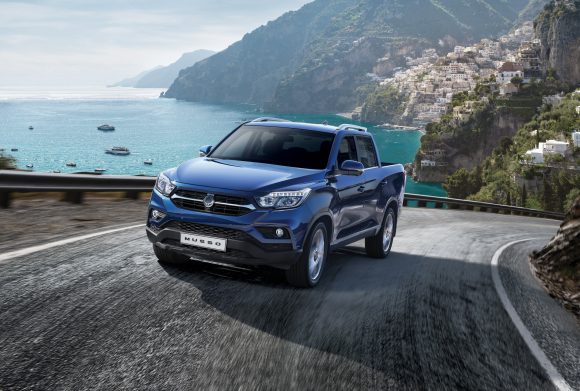 SSANGYONG styles itself as ‘the Korean Land Rover’ but it has one vehicle in its portfolio that the iconic off-roading company can’t compete with – the Musso pick-up.

And the South Korean manufacturer has chosen the Geneva Motor Show to debut the third generation of the Musso, which features a new design inspired by the Rexton SUV.

Rugged and practical double-cab pick-up trucks are one of the UK’s unexpectedly successful market sectors. Often used as tough workhorses during the week and family transport at the weekend, they’re attractive thanks to very favourable tax rates, with those capable of carrying more than a tonne in their load beds eligible for use as business transport.

To try to compete with big sellers such as the Toyota Hilux, Nissan Navara and Ford Ranger, SsangYong has given the Musso a far more distinctive look than the previous-generation model. With the front half taken wholesale from the Rexton SUV, it’s far more automotive in design – with a distinctive grille and swept-back headlamps.

From the rear doors backwards though it’s business as usual, with a large load bed able to carry over one tonne. It’s also wide enough to transport a full-sized Euro pallet, so it’s practical for use as a business vehicle. Those with heavy trailers or horse boxes will be pleased to know it retains a 3,500kg towing capacity, too.

The Musso rides on the same body-on-frame architecture as the Rexton. That means it should share that car’s impressive off-road capabilities, while being more accomplished on road than its predecessor. It also shares the Rexton’s 2.2-litre 179bhp diesel engine, mated to either a six-speed automatic or six-speed manual gearbox. 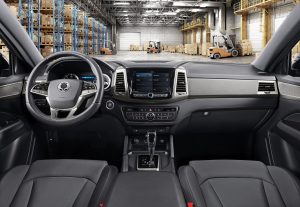 Where SsangYong hopes to score is with value. It’s equipped the Musso with plenty of interior kit as standard, including DAB radio and Bluetooth connectivity. All but the base-spec model gain an eight-inch infotainment display with Apple CarPlay and Android Auto, while top-spec cars even have luxurious Nappa leather seats.

SsangYong has not yet revealed how much the Musso will cost when it goes on sale in the summer. The current model starts from £16,795 ex VAT for business users, but expect a modest price increase for the new model.

The Geneva Motor Show runs from March 8 to 18.