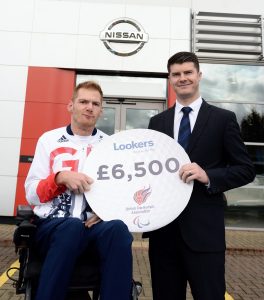 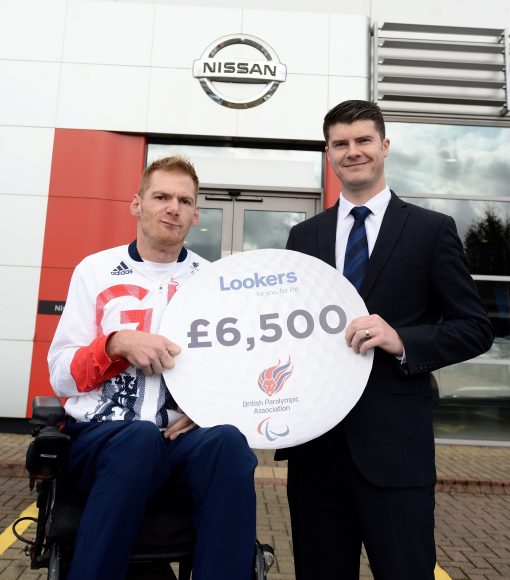 AS part of Nissan’s partnership with the British Paralympic Association (BPA), Lookers Nissan in Gateshead recently raised £6,500 at a charity golf day held at George Washington Golf and Country Club.

Lookers, one of the UK’s largest automotive retailers, welcomed local personalities and business leaders to enjoy the golf event at the George Washington Golf and Country Club on the outskirts of Newcastle upon Tyne.

The golf was followed by an afternoon reception followed by the awarding of prizes and a charity auction in the club house.

Following Great Britain’s most successful Paralympics to date in Rio de Janeiro this September, these vital funds will enable the BPA to continue its life-changing work in the selection, preparation, funding and management of the Great Britain and Northern Ireland team, also known as ParalympicsGB.

Michael Scott, operations director for Lookers’ Volume Division, said: ‘This was a fantastic day with incredible people, customers, colleagues and suppliers who all wanted to make a difference and support people who are truly amazing in their sporting endeavours.’

Miller said: ‘The work of the BPA is crucial in developing the country’s future sports stars. None of it would be possible without the backing of individuals, organisations and companies such as Nissan.’

Multiple Paralympic champion, world record holder and Northumberland native, Miller is one of Great Britain’s most accomplished Paralympians. Awarded an MBE in the 2016 New Year Honours for services to sport, he won a bronze medal at the Rio Games.

Supporting the efforts from the golf day and to bolster monies raised, Lookers Nissan also held an online auction across the Lookers group over the days and weeks following the event.