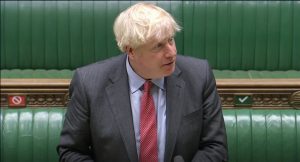 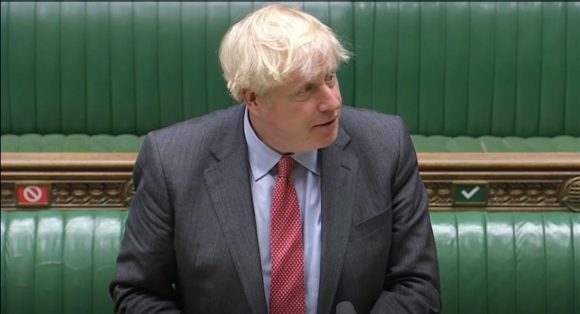 Boris Johnson will publish an impact assessment of coronavirus restrictions as he seeks to convince Conservative backbenchers to support the introduction of a new tier system.

The Prime Minister is expected to share analysis of the health, economic and social ramifications of the measures taken to suppress Covid-19 ahead of a crunch Commons vote tomorrow.

Scores of Tory MPs have threatened to rebel over the new tier system in England, which the government wants to bring into force on Wednesday.

Tighter tier system to cost hospitality sector up to £7.8bn

The tighter tiered system coming into force this week will stop 98 per cent of England’s hospitality sector from doing business as usual at a cost of up to £7.8bn.

Jobs site Caterer.com estimated that pent-up demand for meals and drinks could have delivered as much as £15.9bn to the economy when the lockdown ends on Wednesday.

A survey of more than 2,000 adults indicated that the public is eager to return to venues with one in four saying they were planning to spend more than usual.

Crunch talks aimed at securing a post-Brexit trade deal between the European Union and UK will resume today in what could be the final week of discussions.

The EU’s chief negotiator Michel Barnier and his counterpart Lord (David) Frost will meet in London as they seek to hammer out an agreement.

With just a month to go until the end of the transition period, talks remain stuck on fishing rights – described by Dominic Raab as an ‘outstanding major bone of contention’, but the Foreign Secretary said there was ‘a deal to be done’.

Shops to be allowed 24/7 trade

Shops will be given permission to trade around the clock as the high street tries to recoup some of the losses it has suffered during the pandemic, a cabinet minister said.

Retailers normally have to go through a lengthy process to apply to authorities under the Town and Country Planning Act if they wish to extend hours outside of 9am to 7pm.

Communities secretary Robert Jenrick said he wanted to remove the bureaucracy to encourage greater trade – allowing shops to open for up to 24 hours a day in December and January.

78 per cent of 20-somethings using savings to cover costs

More than three-quarters of people in their 20s have had to dip into their savings in the past six months to cover day-to-day costs, a survey has found.

Some 78 per cent of 20-somethings said they had used savings to cover bills and expenses, as had six in 10 (60 per cent) of people across all age groups, Fidelity International said.

It also found that while a fifth (19 per cent) of adults needed to dip into their savings often, this was also most prevalent among those aged 20 to 29 years old, with a third (32 per cent) repeatedly relying on their savings.

Which? said its survey of nearly 4,900 members indicated that customers are usually better off booking a package deal through a tour operator or going direct to an airline or accommodation provider.

Opodo was given the lowest overall score with 41 per cent. Its customer service was rated just two stars out of five. Lastminute.com and Gotogate also scored poorly.

Comfort one of key considerations in new car purchase

Comfort is one of the most important factors for drivers when buying a car, coming second only to price, a new survey has found.

A study of 2,000 drivers found that 45.4 per cent of motorists had comfort as a primary consideration in a new car, falling short of the 74.5 per cent of drivers who cited price as the top priority.

President-elect Joe Biden fractured his foot while playing with one of his dogs, his doctor said.

Biden suffered the injury on Saturday and visited an orthopedist in Newark, Delaware, for an examination on Sunday afternoon, his office said.

Pizza Hut Delivery is to hire 2,500 staff in a recruitment spree after its plans for rapid expansion were boosted by surging demand for takeaways during the pandemic.

The delivery arm of the fast food giant has said it is recruiting for the roles and has plans to create around 2,000 jobs over the next three years as part of growth plans which will add 125 locations to its business.

Today will bring patchy rain and showers pushing south-eastwards throughout the day, but it will turn drier in the north later with sunny spells. Blustery winds in places.

The BBC says cloud will gradually clear over Great Britain this evening. Overnight, skies will stay clear, leading to a chilly night. Northern Ireland will have cloudy skies and scattered showers.

Tomorrow will see cloud slowly building from the north-west throughout the day, however it will be a sunny start to the day in the south-east. Largely dry, with the odd shower in places.