Home > News > Oldest Ferrari in the UK goes on sale 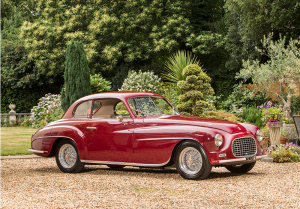 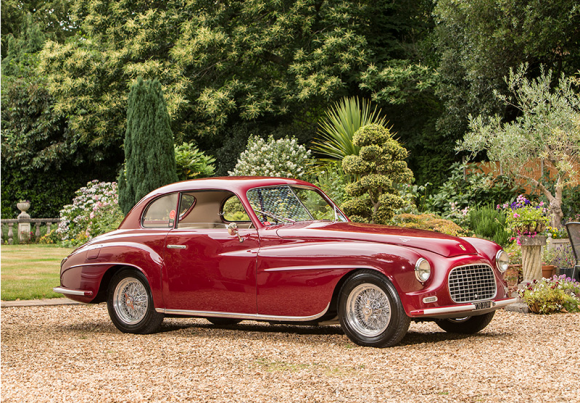 Oldest Ferrari in the UK goes on sale

THE oldest Ferrari in the UK has gone on sale for £895,000 with luxury classic car dealer Talacrest.

Fewer than 40 Ferrari Tipo 166 Inter Coupés were made and this is the ninth road-going version, which was built in 1949.

That year turned out to be a phenomenal one for Ferrari and the Tipo 166. The car claimed victory in three of the world’s most prestigious events: the Mille Miglia, Targa Florio and Le Mans 24-Hour Race.

Despite being a race winner, though, the Tipo 166’s 2-litre V12 engine had only 100bhp and was capable of just 105mph – far slower than Ferraris of today!

This car holds chassis number ‘017S’ and was bodied by Carrozzeria Touring in distinctive Superleggera coupé coachwork. Only five cars were coach-built by Touring in this style and this car was the last, making it even more significant.

In a report in the Western Morning News, John Collins, the boss of Ascot-based Talacrest, which specialises in the classic Ferrari market, said: ‘It is a fantastic car for the money. I think the early Ferraris from the 1940s and 1950s are undervalued at the moment.

‘This car is historically very important as it was one of the first Ferraris and it is actually quite good fun to drive.

‘It would suit an investor, someone who is building a collection or someone wanting a classic Ferrari for under £1 million.

‘I don’t think it will hang around and it won’t be long before it is worth more than £1 million either.’