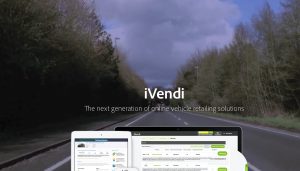 A NEW report from iVendi has provided some fascinating insight into the opportunities and difficulties of online car sales.

The Online Motor Retail Report was the first of its kind conducted by iVendi.

The online vehicle retail solutions company conducted a series of interviews in March and April 2018, where it spoke to 52 dealers, 304 consumers (all of whom had stated their intention to buy a car within the next 12 months) and 11 manufacturers.

One of the key points presented by the report was that consumers generally feel the automotive industry is behind when it comes to online retail, with 39.1 per cent saying it’s ‘slightly behind’ and 18 per cent describing it as ‘a long way behind’.

When asked where they had found their best online retail experience, 47.3 per cent of consumers said Amazon. The online marketplace was way ahead of any other site, with its nearest runner-up – eBay – sitting at 10.2 per cent.

Rob Severs, iVendi’s vice-president of data and insight, said: ‘If there is a model to emulate in any online retail market, the first name that tends to be mentioned is Amazon.

‘However, it is perhaps a sign of how difficult it is to bring the advantages of its highly successful style of online shopping to the car industry that Amazon has yet to show any genuine commitment to enter this market.’

Furthermore, 47 per cent of consumers said they would buy a car entirely online if the functionality existed.

It may be worrying to dealers to hear that 23.5 per cent of manufacturers thought existing dealer networks could be a barrier to online retail.

However, manufacturers also expressed firmly that dealer networks would remain vital to car sales. Richard Tavernor, chief operating officer of iVendi, said: ‘There are clearly concerns that a move to digital sales will place manufacturers in conflict with their own dealers, despite our overwhelming finding that they remain essential to the process.

‘However, the prominence given to ‘lack of consumer interest’ and ‘fear’ are also notable results, expressed by around a quarter of respondents. Our view is that this shows that there is a general belief that the existing ways of selling cars may well persist with little change.’