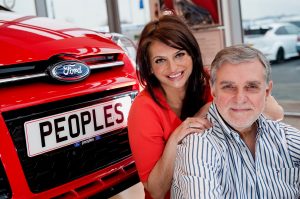 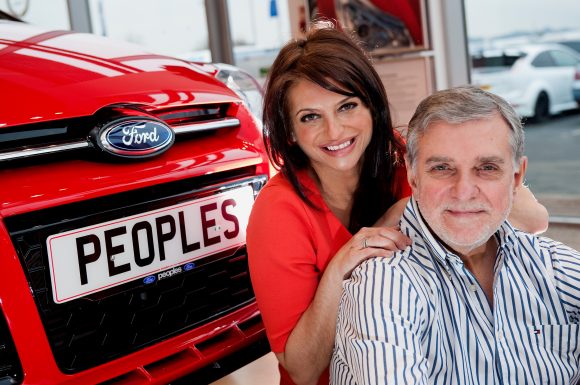 PEOPLES Ford has posted a record turnover of £276.57m in its annual report.

The group, chaired by entrepreneur Brian Gilda, is the largest independent dealership in Europe that sells just Ford cars and commercial vehicles, and the record turnover – for the year ended July 31 – was an increase of 6.1 per cent on last year’s £260.66m that was itself a record.

In the face of what Gilda called ‘fierce competition and a diminishing market’, the company achieved its second-best year ever, although profits dipped by 10.4 per cent to £6.32m against last year’s record-breaking £7.05m.

He said: ‘Throughout the year, the group has bettered all the operational benchmarks and financial milestones identified by the directors to our shareholders, bankers and trading partners.

“The real story, however, is to be found in the determination of my directors, management and staff to once more deliver up the best possible results in the face of fierce competition and a diminishing market.  That, coupled with the outstanding loyalty of our customers, is what makes these results special.’

Sales across the privately run Peoples Ford group, which comprises three dealerships in Scotland and three in the north-west of England, totalled 18,664 – up by 1.7 per cent on last year’s figure of 18,354.

The group was ranked 38th in the 2017 Scottish Family Business Top 100 Report and has just been awarded the Scottish Motor Trade Association Community Activity Recognition Star, and Gilda said: ‘At Peoples, the emphasis is always on the customer and the team who serve them.’

In his chairman’s statement, though, he warned that consumer confidence was being damaged by uncertainty over Brexit as well as statements by politicians at Holyrood and Westminster on how vehicles were powered – consequently, the outlook for the industry as a whole was being affected.

He said: ‘The combination of government actions north and south of the border along with no hard-evidence implications of Brexit has led to a slowing of consumer confidence with the collateral damage on results.’

Peoples, which has been in business for 35 years, employs 411 staff across its dealerships, and strategy and operations director Nicola Gilda said: ‘Peoples is not just a “family business” – we are a family, and our customers are our lifeblood.

‘It is entrenched within our core values to never lose sight of the fact that the person’s decision to give us their custom is a truly precious commodity. That’s why we recruit from all walks of life experiences and specifically look for stand-out shining personalities in addition to skills and experience.’

Pictured at top are Brian and Nicola Gilda

On SuperUnleaded.com: It’s a Gran life! Car designed for virtual world to go into real production