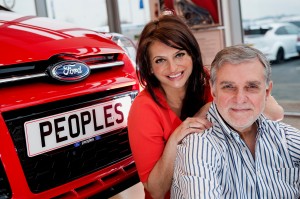 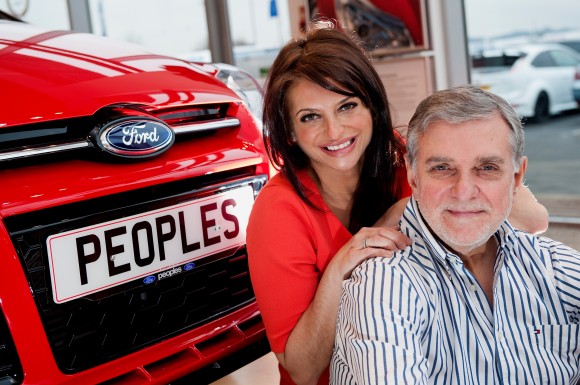 For the fourth year in a row, the group reported record profits, turnover and year-on-year sales.

After a highly successful start to the new financial year which saw sales in September up 9.5 per cent on the corresponding month last year, group strategy and operations director Nicola Gilda was optimistic about future performance with profits being re-invested to keep Peoples at the forefront of the industry.

Meanwhile, Brian Gilda said this year’s results had been delivered ‘in the face of fierce competition’ and he added: ‘That, coupled with the outstanding loyalty of our customers is what makes these results special.’

Sales across the group, which comprises four dealerships in the north-west of England and three in Scotland, totalled 17,447 vehicles, a year-on-year rise of 8.1 per cent.

The best selling car was the Fiesta and Brian said products from Ford Motor Company ‘have never been better and that’s before we introduce the likes of the Mustang and other new models later in the year’.

Peoples employs 395 people across its dealerships in Scotland and England and the company invests heavily in staff training to deliver the highest level of customer service.

Nicola Gilda, pictured with her father Brian, is one of two female directors on the company’s board of six. She said: ‘With the introduction of new technologies, the customer’s experience of purchasing a car is changing and we ensure all Peoples staff are properly trained to engage and communicate fully with them.

‘We have very loyal customers and we work hard to retain them and attract new ones because we know buyers will go where they get great products and service and feel comfortable doing business.’

MORE: Bangers go under the hammer, and we’ve raised over £45k!

MORE: Buyers not turning their backs on diesel cars just yet