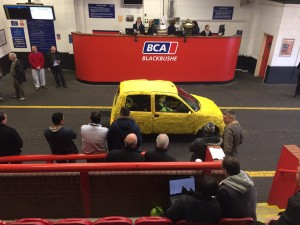 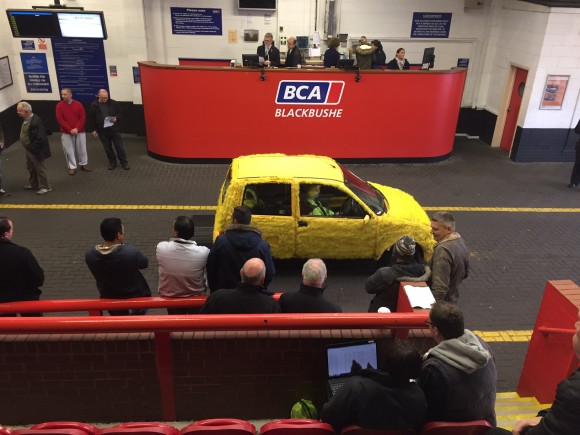 BANGERS4BEN 2015 is now but a distant memory and we can announce the grand total raised by this year’s charity rally has topped £45,000!

The last task before putting the 2015 event to bed was perhaps the hardest of them all: saying goodbye to the bangers at the customary auction that takes place each year.

The company sold the cars free of charge to ensure the maximum was raised for charity and in addition, all buyer’s fees were donated to the cause.

Three vehicles were also donated by dealers at the auction house, raising an extra £500.

In perhaps an unsurprising turn of events, Prestige Diesels’ Mitsubishi FTO was the star of the show, entering the auction file first, and ultimately leaving with the highest price.

‘It was great to see some of the guys who had already bought their cars come to buy them back and support us even further.’

For full coverage of this year’s Bangers4BEN event, don’t miss issue 93 of Car Dealer, out in mid-November.

Derek Fiske Organisation, Citroen C5, sold for £1237.57 prior to auction

GardX, BMW 3 Series, bought back before auction for £1000

Danes Autos LTD, Volkswagen Golf, bought back before auction for £750

Hepworth Honda, Honda Accord, sold for £150

Marshall BMW Grimsby, Volkswagen Passat, not at auction, to be sold at Peterborough BCA