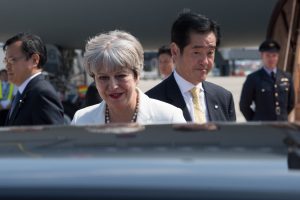 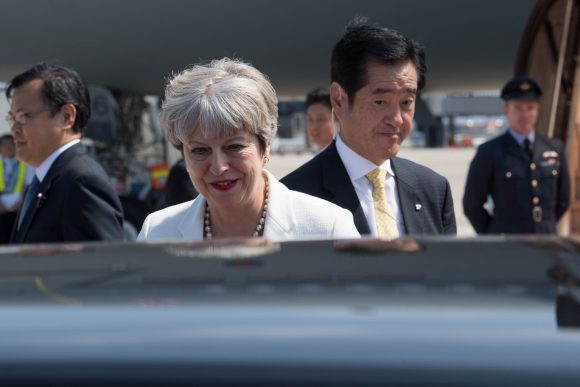 THERESA May has welcomed car maker Aston Martin’s plans for £500m of trade with Japan.

The plans were announced by the luxury car maker’s boss, Andy Palmer, who is travelling with the prime minister on a three-day trade mission to the country.

May said the deal would help safeguard jobs at the firm’s plants in the West Midlands and south Wales.

‘As we prepare to leave the European Union, it is vital that we build on our existing ties with friends and allies. Aston Martin is a prime example of the innovative and world-leading firms the UK is proud of and I’m delighted they are joining me on this important trade mission,’ she said.

Over the next five years, the plan involves exports of more than £400 million, the use of £70 million of components from Japanese suppliers, the launch of a new HQ, offices and an expanded dealer network.

Palmer said: ‘We have long enjoyed a loyal following from Japanese customers and the public alike, with our new dealership in Tokyo set to become our largest worldwide by volume.’

A new office in Tokyo will tap into research and technology in electric and connected cars, while also developing insights into luxury customer behaviour in Asian markets, he added.

Theresa May is pictured arriving in Kyoto for the trade mission. Photo: Stefan Rousseau/PA Wire

MORE: Aston Martin opens dealership in Nottingham in a first for Sytner Group

On SuperUnleaded.com: Bentley unveils the latest Continental GT – and it’s a stunner