Police investigating the theft of two vehicles at a used car dealership have recovered both cars and arrested two teenage boys.

Car Dealer reported earlier this month how two masked raiders smashed down the doors of GT Hewett & Son Ltd in Portsmouth with vehicles they then stole.

The incident, captured on CCTV, resulted in extensive damage being suffered to the front of the dealership, which remains boarded up more than three weeks later.

Footage showed two figures trying to force the doors open to get the vehicles out of the showroom before resulting to using them as battering rams.

They then made their escape, stealing a Fiat 500 and an MG TF.

Bosses at the dealership reported the incident to police, who have now announced progress in their investigations.

Officers with Hampshire Constabulary have arrested two teenagers – aged 15 and 17 – on suspicion of non-dwelling burglary.

Both have been released from police custody but remain under investigation while inquiries are ongoing.

The force has also recovered both of the stolen cars, although they are yet to be returned to the dealership.

A spokesman for Hampshire Constabulary told Car Dealer: ‘We have made two arrests in this case.

‘A 15-year-old boy and 17-year-old boy, both from Portsmouth, were arrested on suspicion of non-dwelling burglary.

‘Both have been released from police custody but remain under investigation while our inquiries continue.

‘Both vehicles have been recovered and inquiries are ongoing.’ 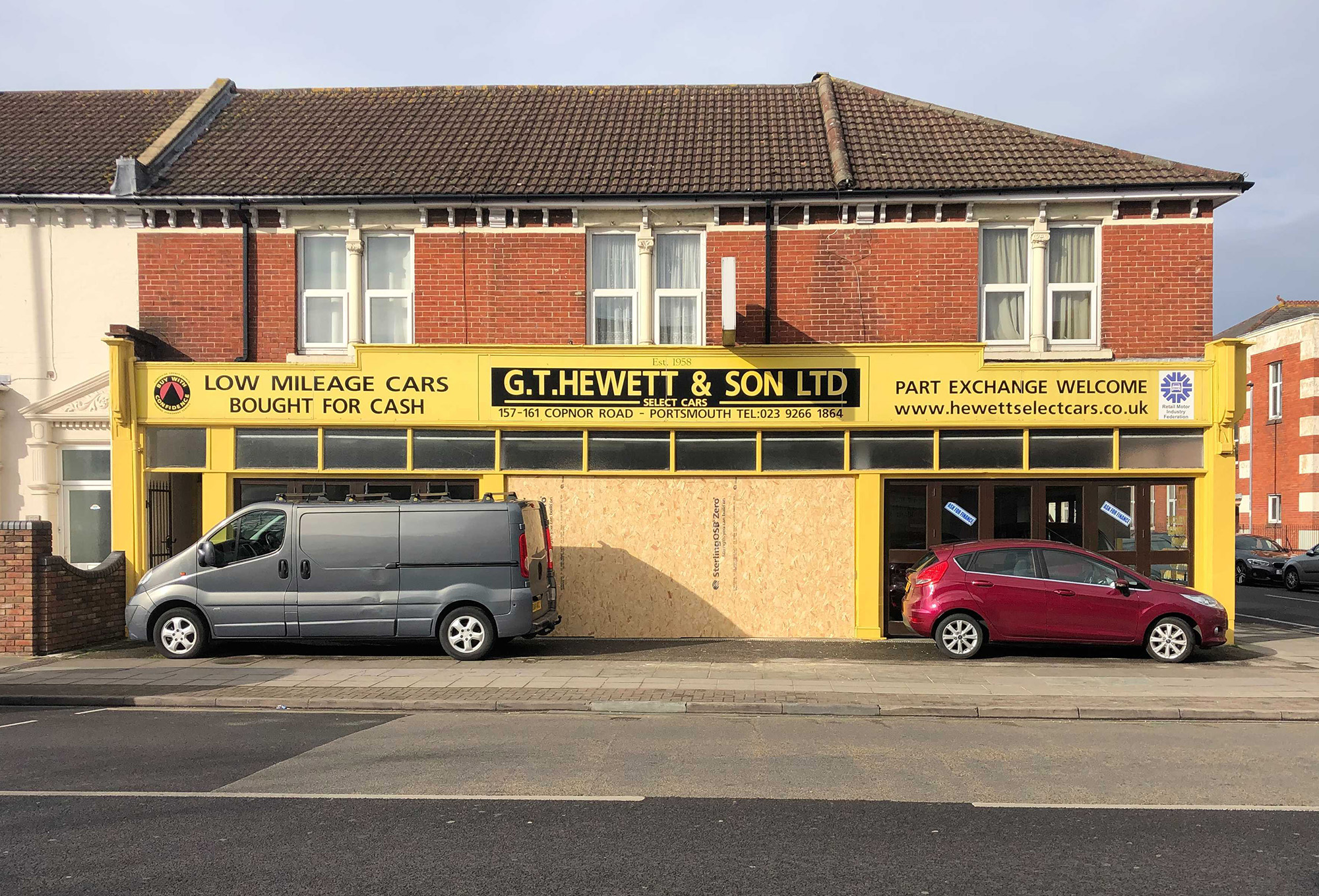 Bosses at GT Hewett & Son estimated that the damage caused by the pair was worth up to £20,000.

James Hewett, a director with the family firm, said: ‘I would just question what right they think they have to come and damage other people’s property.

‘People that have been in business for 60 years, and worked hard that whole time – I just question what right they think they’ve got to come and try and take that away from us.’

He added: ‘When you work hard, long hours, long days, seven days a week, it’s gutting that someone feels they have the right to damage your hard work and make things even more difficult than they are in the current climate.

‘Ultimately, we’ll carry on. The wheels will keep turning, but it’s yet another project and something to resolve.’

The two boys cannot be named at this stage for legal reasons.