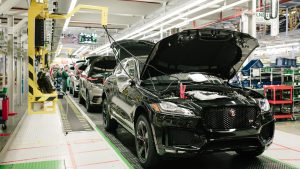 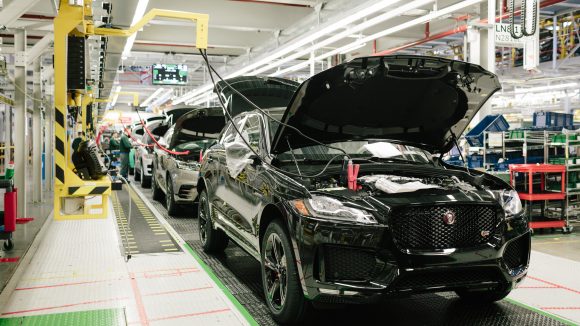 Production halted at JLR’s Midlands plant because of water shortage

JAGUAR Land Rover’s Solihull staff have been told to stay at home because of a water shortage in the area.

The recent bad weather has disrupted mains water supplies to homes throughout the UK, and the British manufacturer’s Midlands plant, which has 10,000 workers, closed as a result, halting production temporarily so that household supplies could be prioritised.

A Jaguar Land Rover spokesperson said: ‘Jaguar Land Rover’s Solihull manufacturing plant has been forced to close due to water shortages caused by burst water mains in the region. Employees are being sent home and those due to attend work on the night shift this evening are being stood down. We will continue to keep employees informed as the situation develops.’

In addition, the Castle Bromwich site, which employs 3,000 people, was due to be closed from Tuesday morning.

The cold snap that swept across the UK last week caused water pipes to freeze and then burst as temperatures began to climb again.

Severn Trent Water, which supplies the area with water, has been urging people to limit the amount of water they use.

A spokeswoman told the Press Association: ‘Due to the recent thaw we’ve experienced, our teams are dealing with a huge number of burst pipes across our region, which is putting pressure on our network.

‘As well as bringing in extra teams and tankers, and ramping up production at our treatment works so we can continue to keep schools, hospitals, homes and vulnerable customers on supply, we’ve worked closely with Jaguar Land Rover to manage their water usage, which helps us prioritise household supplies.

‘We’d like to thank them for their support as we look to get everything back to normal for our customers.’