Q&A: What will Christmas coronavirus restrictions be? What will we be allowed to do over the festive season?

Christmas is an important time of the year, but with a winter battle against coronavirus raging what families are allowed to do could look very different.

However, reports today are emerging that the prime minister Boris Johnson is planning to relax the rules for a week to allow a more normal Christmas.

Household mixing is currently subject to harsh restrictions in England under the country’s second lockdown with only support bubbles allowing people from different addresses to mix.

Similar curbs are in force in mainland Scotland, a fresh lockdown will prevent gatherings of more than one household in Northern Ireland from Friday and Wales has rules governing people mixing indoors.

Here, we look at the key questions surrounding a Christmas curtailment of restrictions.

What is being reported?

Several households – potentially three – could be allowed to create a bubble temporarily between December 22 and 28, with the plans covering all four nations of the UK, according to the Daily Telegraph.

The announcement of the plans – which will allow families to spend up to seven days together – is expected to come next week.

The paper also reported Chancellor Rishi Sunak pushed to have the restrictions eased ahead of December 25 to allow the hospitality sector to benefit from increased trade.

What else could be allowed under the plans?

Restrictions on church services are also due to be lifted allowing Christmas Day services to be held, the paper said.

Currently, churches will remain open for private prayer only, with Downing Street saying in November that outlawing services inside places of worship is ‘vital in tackling the spread of the virus’.

What could happen down the line if households are allowed to mix over Christmas?

Public Health England (PHE) suggested earlier this week that for every one day restrictions were relaxed over the holiday, there would need to be an extra five days of tighter rules.

This would mean that an easing of restrictions for seven days between December 22 and 28 would mean more than a month of tighter regulations. 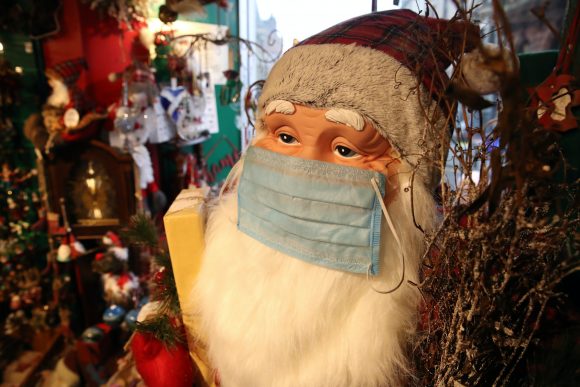 What could loosening restrictions mean for business?

It certainly feels like a promise of a Christmas relaxation of the rules could mean tougher restrictions will have to be in place either side of the festive break.

This could mean the current second lockdown is extended past December 2, something the PM has pledged he does not want to do. Other minister, including health secretary Matt Hancock, have refused to say what will happen at the end of the lockdown.

A tougher tiered system is looking increasingly more likely that could mean non-essential shops – currently including car dealers – in some parts of the country will have to remain closed.

Does everyone agree on this?

Professor Jonathan Van-Tam, the deputy chief medical officer for England, said there was ‘no magic number’ regarding the further restrictions that would have to be put in place if rules are eased for Christmas.

He said it was more important people complied with whatever rules were in place if coronavirus infection rates were to be held down.

‘There is no magic number about how many days this is going to cost us so we shouldn’t frame it that way,’ he added.

Will social distancing and other rules count at Christmas?

Yes, absolutely. Prof Van-Tam has warned that infection rates will pick up again if the public ignores any guidelines put in place around Christmas, he said there is a ‘dual responsibility’ for people to follow the rules set out by the government.

He also appealed to people to ‘keep up the pressure on this virus and push down on it as much as we can right to the end of the period (of lockdown)’.

When will a decision be made on ending the second lockdown?

Ministers are believed to be planning to move back to a tiered approach when the lockdown is due to end on December 2, but there have been no firm plans announced.

The PM has said openly he wants to return to the tiered system, but it’s likely that will need to be beefed up. A new Tier 4 level could be added which looks very similar to the current lockdown restrictions.

Businesses this week pleaded with the government to give them as much notice as possible as to what the restrictions will look like in December so they can start to plan now. Many have staff back on furlough and need to start preparing for any new measures now.

The PM is expected to make an announcement next week which may give industry further clues as to the rules ahead.

What does this mean to car dealers?

Whether businesses will be allowed to open when the rules are eased remains to be seen.

Car dealers often have busy periods between Christmas and the New Year as the majority of people are off work, but it seems unlikely that the PM will allow a full relaxation of the rules and instead focus on getting families back together.

It is hoped that by then the country will be back to a tiered system and car dealers will be operating again following the Covid Secure measures they put in place following the first lockdown. 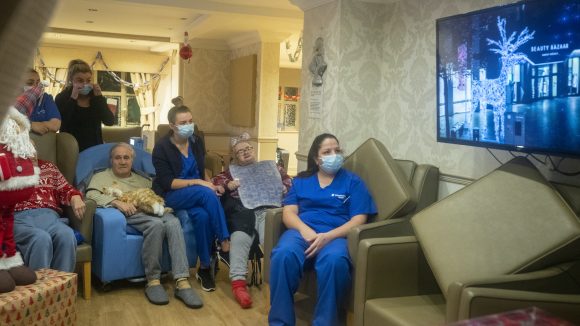 What about care homes and Christmas?

Health Secretary Matt Hancock has said he wants to have testing for care home visitors in place for all care homes in England ‘by Christmas’.

A pilot scheme has seen family and friends of people living in 20 care homes across Hampshire, Devon and Cornwall getting access to regular testing to allow them to visit their loved ones.

The scheme, which started this week, will be assessed by experts and the aim is to roll it out to other regions before the end of December.

Will people be able to go on holiday, or visit a second home for Christmas?

Under the current lockdown rules, people are advised not to travel unless for essential reasons.

People can travel for work and there are exemptions for overnights and second homes for work purposes.

It is not known how this will change when the restrictions lift on December 2.