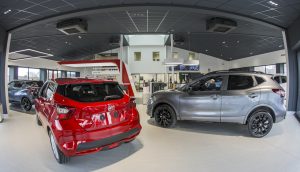 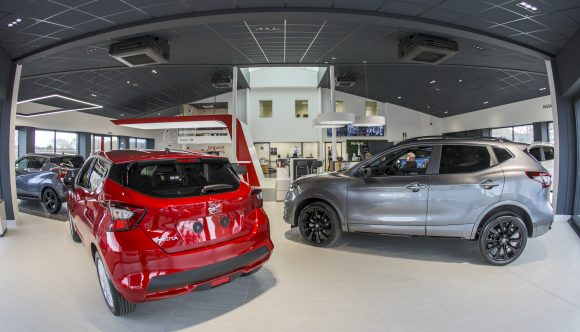 CARS2 Huddersfield has opened its doors to the public after a record turnaround for a Nissan dealership.

It took just six weeks for the transformation of the showroom to be completed and the first customers to be welcomed on site.

The Leeds Road dealership is a first for the Cars2 group, which already has showrooms in Barnsley, Bradford and Wakefield, and offers the entire range of new Nissan models plus used vehicles, as well as full workshop and MOT facilities.

Adding the ex-Rybrook site has created 10 jobs across all dealership disciplines, with more personnel to join them as the West Yorkshire business grow.

‘We’ve worked incredibly hard to get the site ready for customers as soon as possible – faster than anyone thought we could. We were told it couldn’t be done faster than eight weeks, but our team were able to reduce that to just six weeks.

‘Already we’ve had a fantastic reception from existing Nissan owners and new customers in the area, as well as welcoming some brilliant new staff on board. Those who come in-store can currently take advantage of some great opening offers, too.’

He added: ‘It’s really exciting for us to have the full range of Nissan cars available to customers. We also benefit greatly from the association with a brand that has such a well-developed electric vehicle strategy.’

MORE: First Drive – Will new Juke be as big a hit as its predecessor?