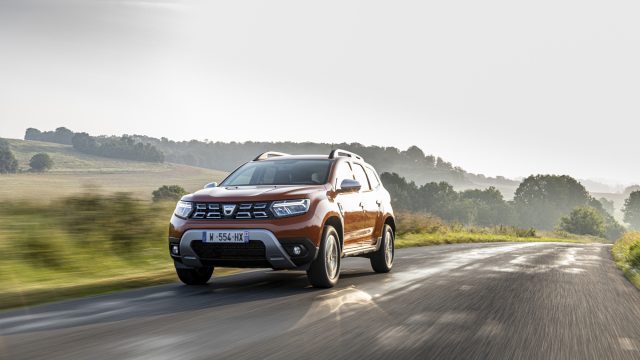 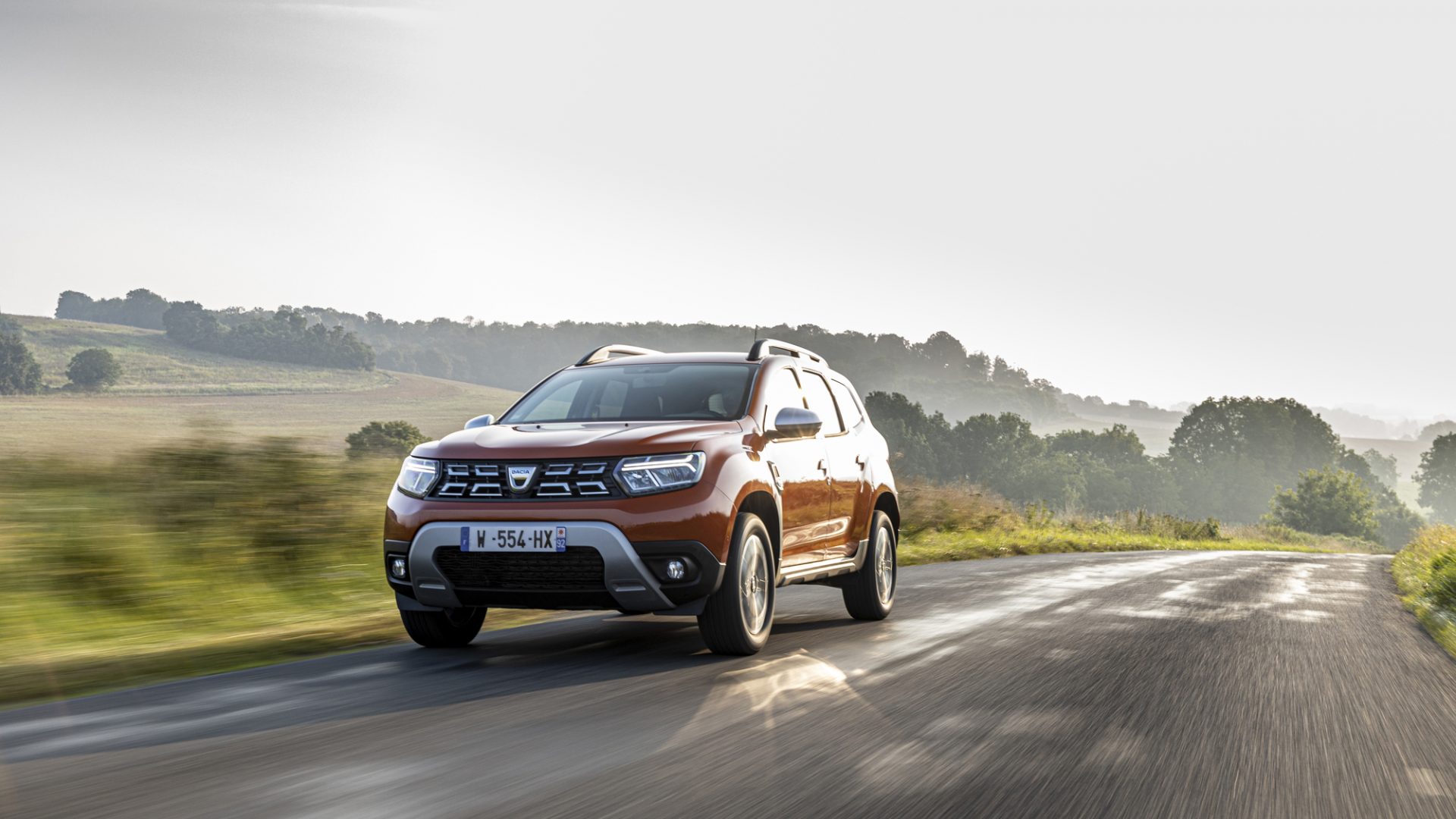 Review: Is the updated Dacia Duster still the budget crossover to beat?

Dacia is back with a renewed version of its popular Duster but is the much-loved model still the budget crossover to beat?

Our man Ted Welford has been to Paris to find out.

It’s no understatement to say that the last six or so months have been a rather busy time for Dacia.

The start of the year saw the introduction of a next-generation Sandero and its rugged Stepway twin, while more recently the Renault-owned firm has pulled the covers off its Jogger – a brand-new seven-seater.

But within that, Dacia hasn’t forgotten about its popular Duster, which gets a series of updates to prolong its appeal with value-conscious buyers. But is it worth considering? 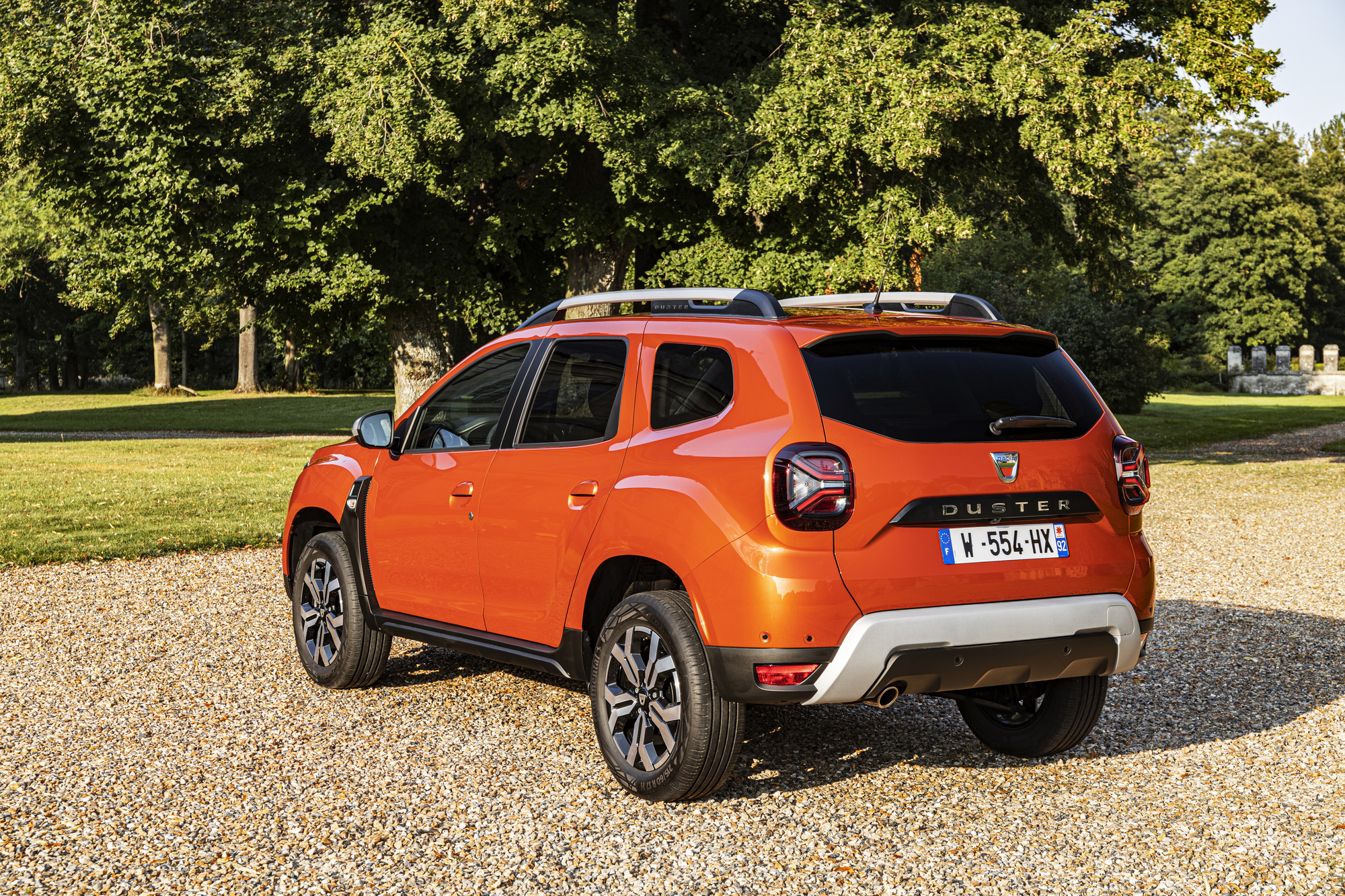 Dacia hasn’t messed too much with the way the Duster looks as this model’s chunky styling is said to be a big draw to the 75,000 UK buyers that have chosen a Duster since its launch in 2013.

Instead, this update refines this model, with the interior getting the same new touchscreen as seen on the latest Sandero, along with revisions that improve the user-friendliness of the cabin.

Importantly, there’s also a new automatic model being introduced for the first time – something Dacia customers have been asking for for some time, the firm says. 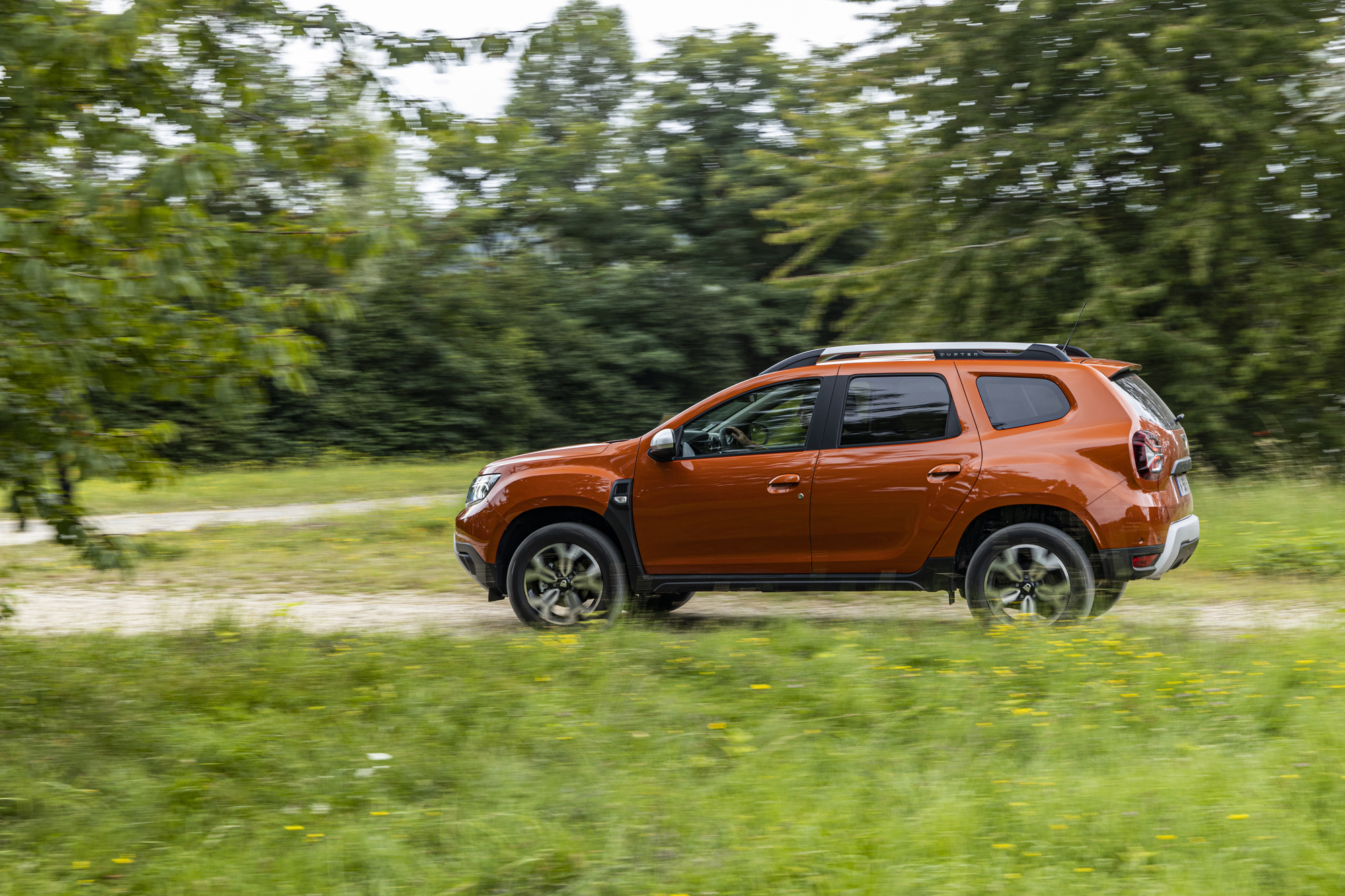 It’s this new automatic model that we’re trying here, with a six-speed dual-clutch gearbox purely available on the range-topping ‘TCe 150’ model, which uses a 1.3-litre turbocharged petrol putting out 148bhp and 250Nm of torque.

Also available with a manual gearbox, it’s the most powerful engine in the range, and can manage 0-60mph in 10.2 seconds and hit a top speed of 123mph.

The downside is that it’s the thirstiest too – its claimed 42.1mpg fuel economy figure of 152g/km not being anything to shout about.

A range of other options is available, including a 1.0-litre turbocharged petrol that’s also available as a ‘Bi-Fuel’ version – which is able to run on both petrol and LPG gas – as well as a 1.5-litre diesel that you’ll want if you want four-wheel-drive.

All other Duster versions send power purely to the front wheels. 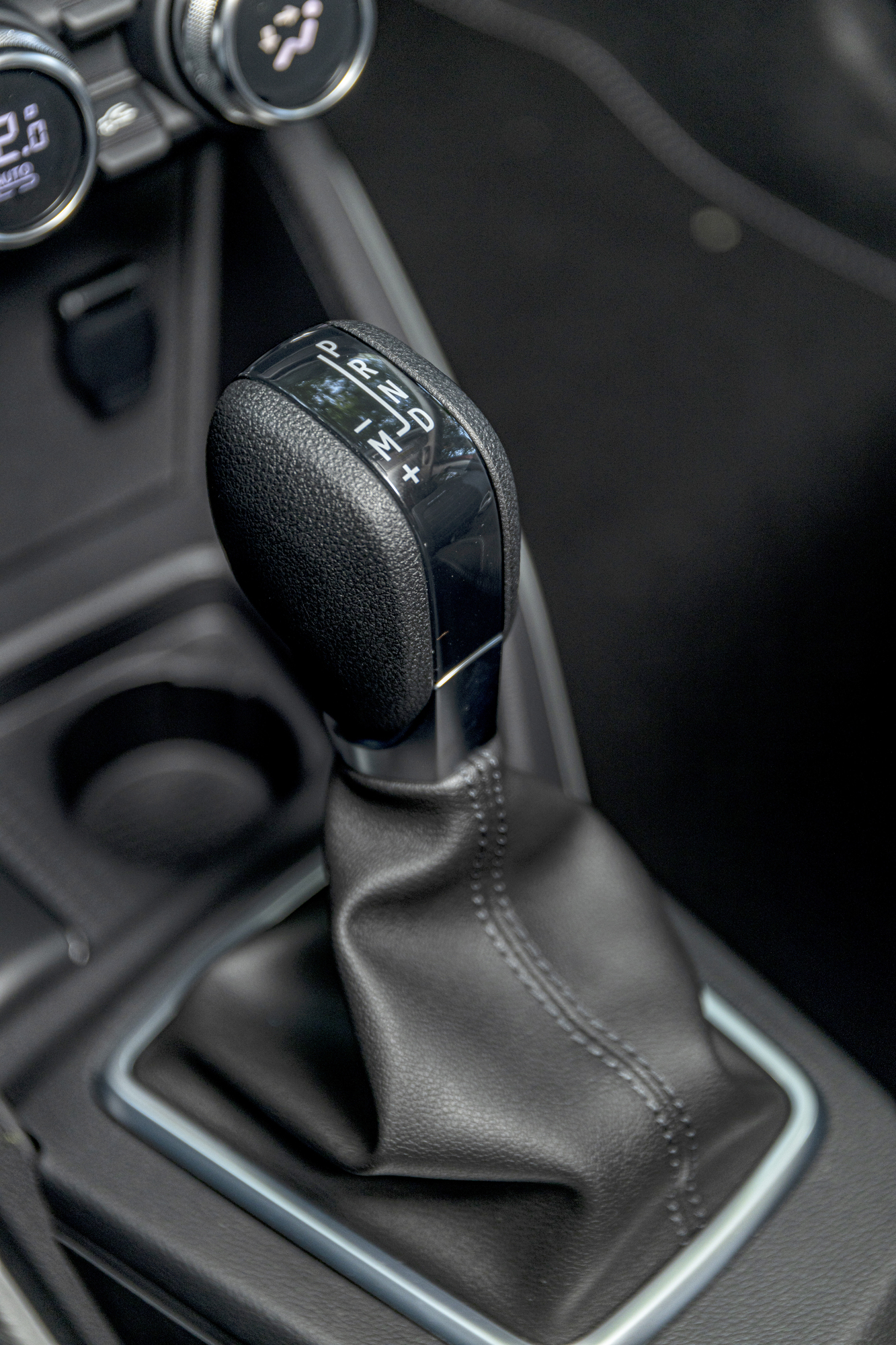 The addition of the automatic will likely be a big draw to many buyers that have previously looked elsewhere, and it’s largely a good fit.

Though it sometimes holds onto gears for a bit too long, it’s predominantly smooth and the engine itself also delivers more than enough poke for a car like this.

Elsewhere behind the wheel, it’s pretty much plain sailing – Dacia making no other revisions bar a recalibrated steering setup for greater high-speed stability.

Considering the rather cheap price, it’s rather pleasant too, with a largely comfortable ride and decent handling considering its top-heavy stance.

We also got a chance to try the 4×4 model, which remains one of the most capable off-roaders around for under £20,000.

If you go into the woods today… (you might just find an updated Duster I can’t tell you about for another week) pic.twitter.com/EATTDMn4UD

As we’ve mentioned, Dacia hasn’t played too much with the Duster’s chunky and funky looks, though there are a number of tweaks to look out for.

Most prominent are its new LED lights, which get a Y-shaped signature in a similar fashion to the Sandero, and are certainly far more eye-catching than before.

The grille also has a new 3D effect to make it stand out more, as does a new Arizona Orange colour that certainly looked good in the bright Parisian sunshine, though might not look quite so fetching when plastered in a layer of winter mud. 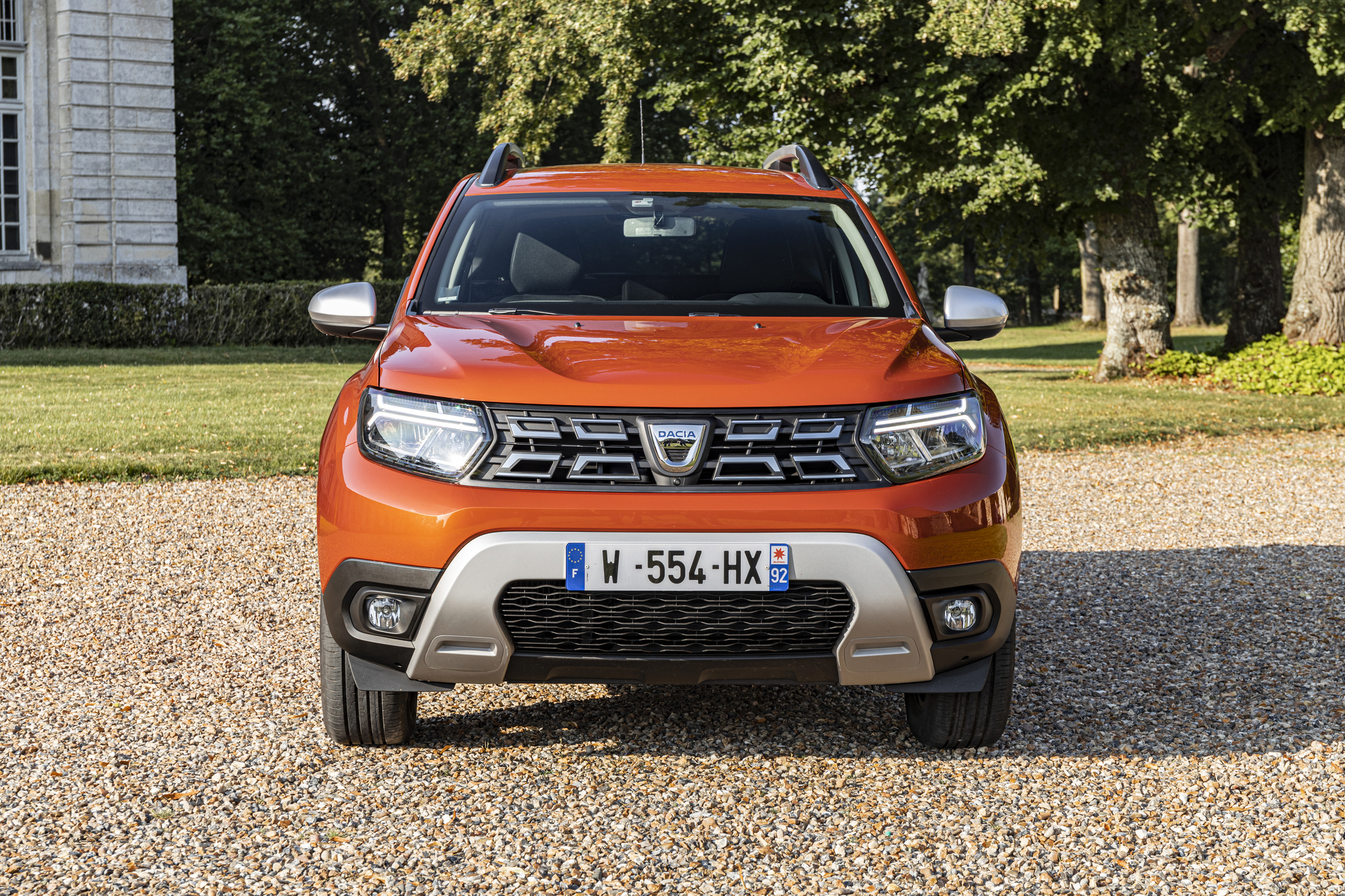 The main thing you’ll notice inside is the Duster’s new eight-inch touchscreen system, which is lifted directly from the Sandero, and a big step up from the previous unit.

It might not have the crispest of graphics, but gets everything you need and is bang on the money for a car of this price.

Other cabin tweaks include new seating upholstery and a more user-friendly sliding centre console with an integrated armrest that certainly makes the Duster easier to live with.

It also gets new curved headrests borrowed from the latest Renaults, which not only are more comfortable but take up less room too – therefore improving visibility.

The Duster also remains a very practical choice, with its 478-litre boot being one of the largest in its class, and the Duster’s boxy shape allowing for a decent amount of rear space, even for adults. 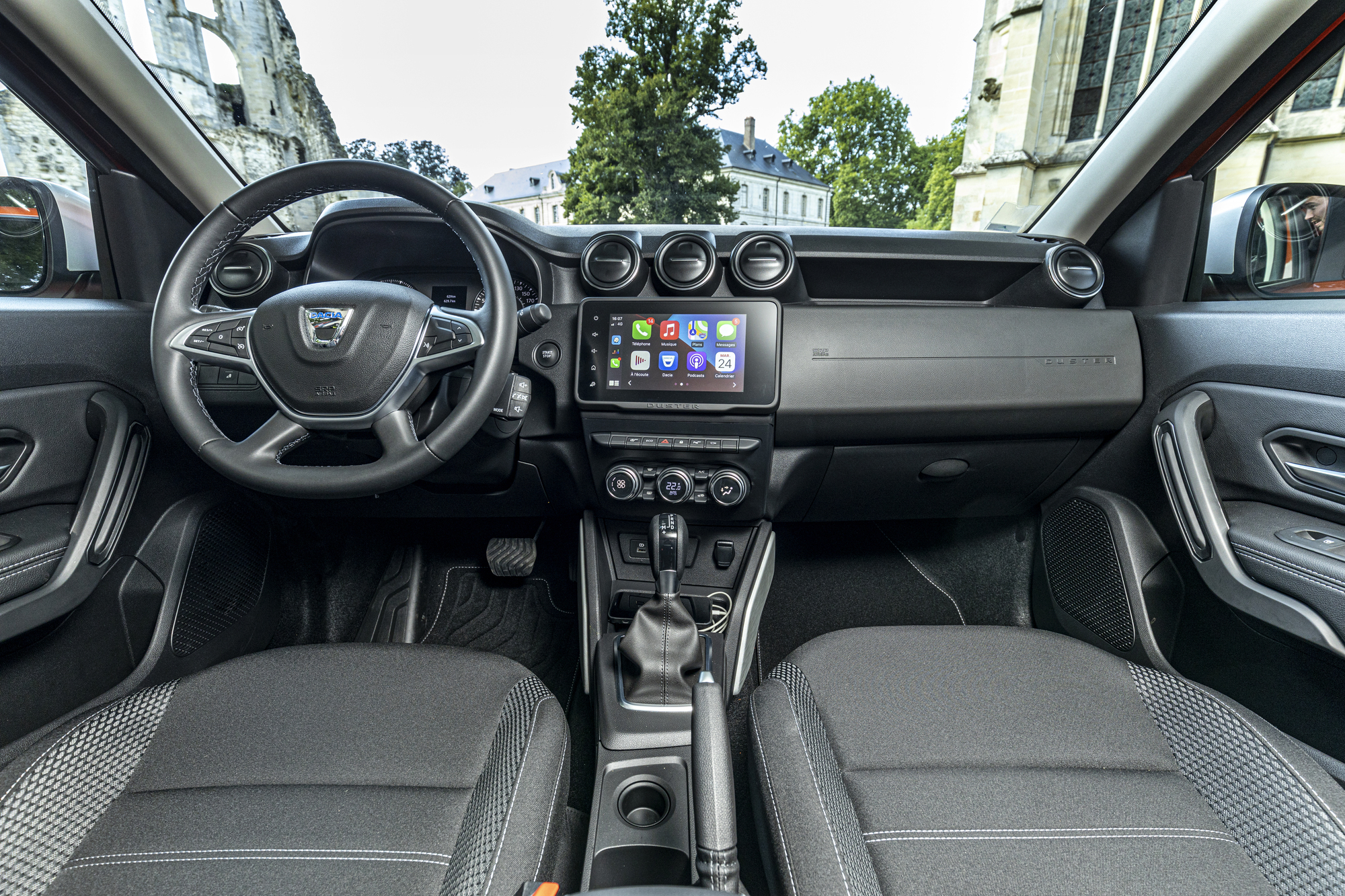 Dacia used to offer the Duster in bargain-basement trims that didn’t even bring a radio or front electric windows, but as nobody apparently bought these, they’ve now been axed.

It’s why the £13,995 starting price might seem quite steep compared to what it was previously, though it still comfortably undercuts all key rivals.

But the Comfort grade would be our pick of the range.

Starting from £15,495, it adds 16-inch alloy wheels, a leather steering wheel and the aforementioned eight-inch touchscreen with Apple CarPlay and Android Auto.

If you want all the luxuries you should choose the Prestige, which brings 17-inch alloy wheels, keyless entry, surround-view cameras and even heated seats.

At £16,695, it’s still impressive value for money too. If you want an automatic, though, you’ll have to splash out more than £20,000, which does make the Duster seem a little bit pricey. 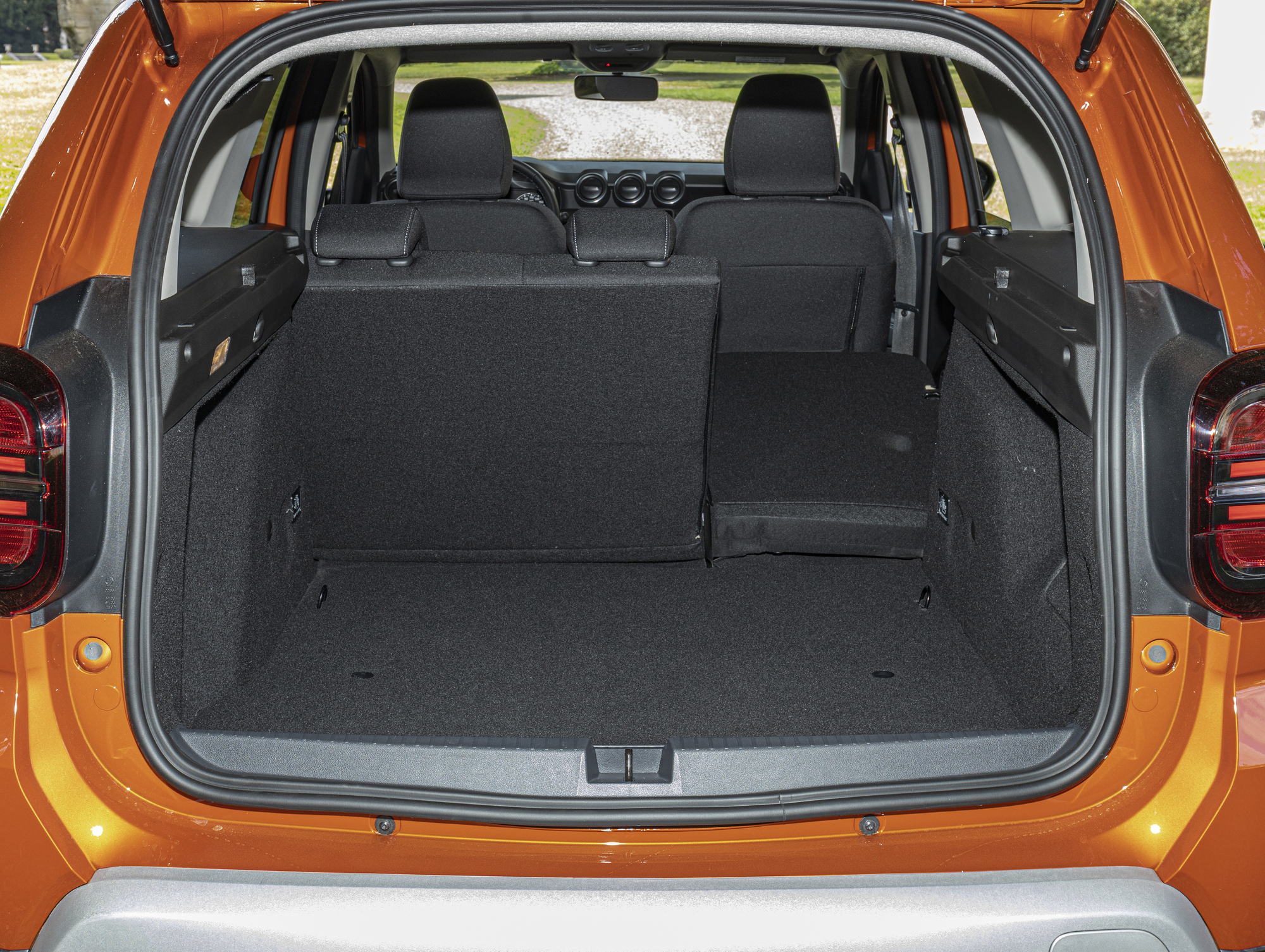 Dacia hasn’t gone to town with the revisions on its Duster, but has done everything needed to ensure this crossover remains as appealing as ever.

You still get its lovable, chunky styling and impressive levels of space, but you now get an interior that doesn’t feel quite so cheap, while the automatic gearbox will no doubt broaden its appeal.

With the Duster retaining such low prices that undercut rivals, it remains the crossover to have if you’re on a budget.