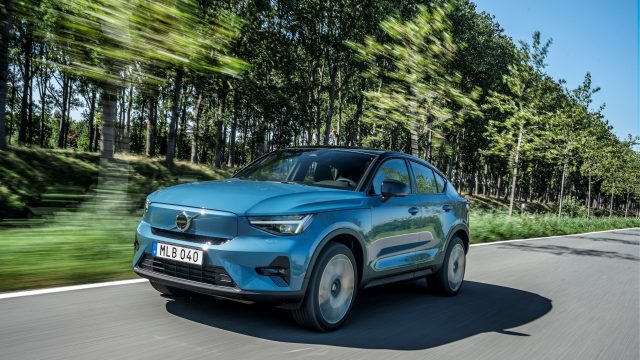 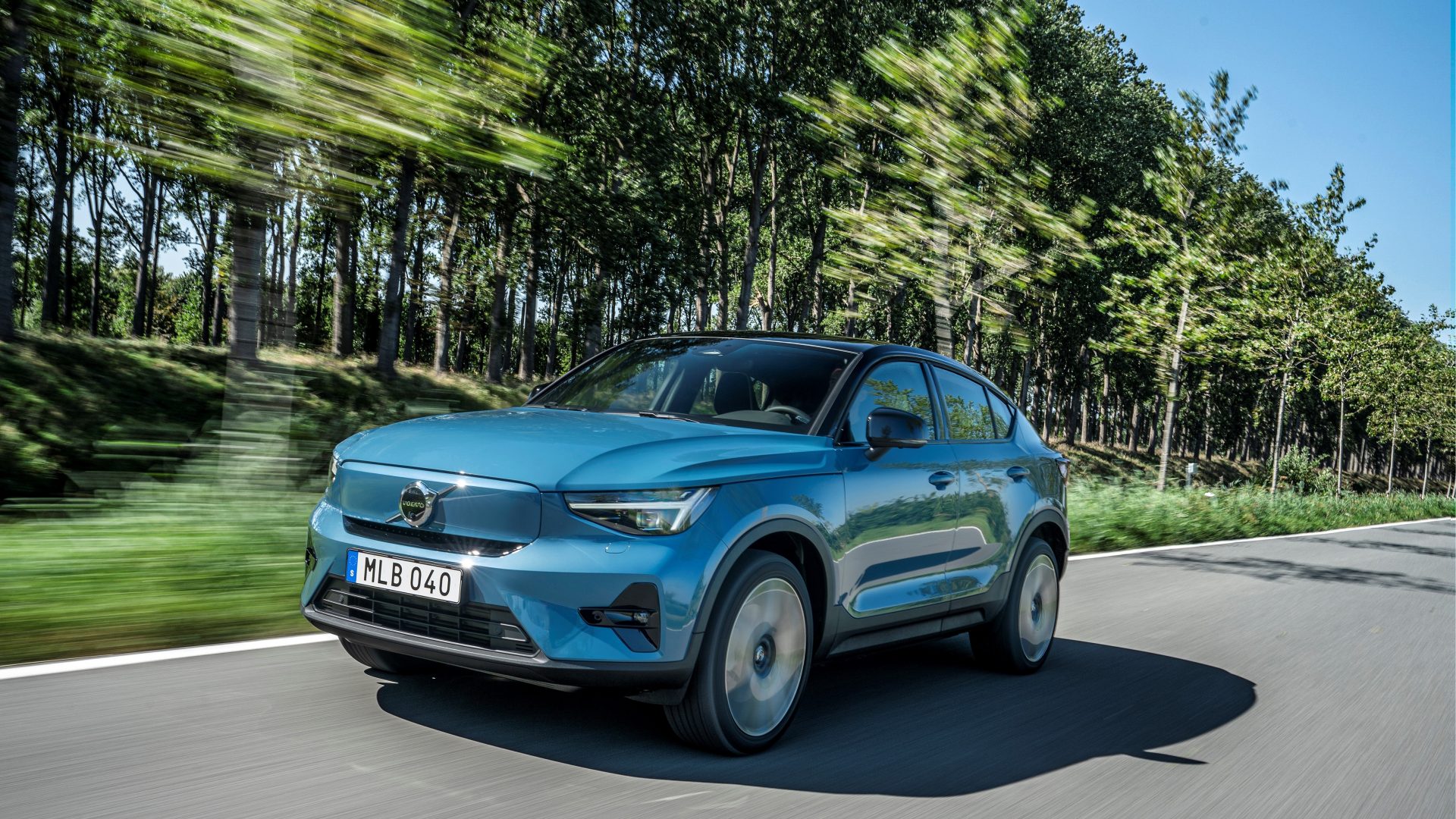 Volvo has been getting into its stride with EVs recently with its latest release – the C40 Recharge – billed as the company’s first ever compact crossover.

Following on from its first fully electric vehicle, the XC40 Recharge, the C40 has been designed to be even more dynamic.

But is it any good? We sent our man Jack Evans to find out.

Volvo certainly isn’t hanging around when it comes to electric vehicles. Spurred on by the release of its first fully electric model – the XC40 Recharge – it has introduced this, the C40 Recharge. Billed as Volvo’s ‘first compact crossover’ it’s effectively a lower and more dynamic-looking version of the XC40 for those who want a car with a little extra focus on style.

But it’s underpinned by the same Compact Modular Architecture and is driven by the same dual-motor setup as the XC40. So should you opt for the C40 instead? I’ve been behind the wheel to find out. 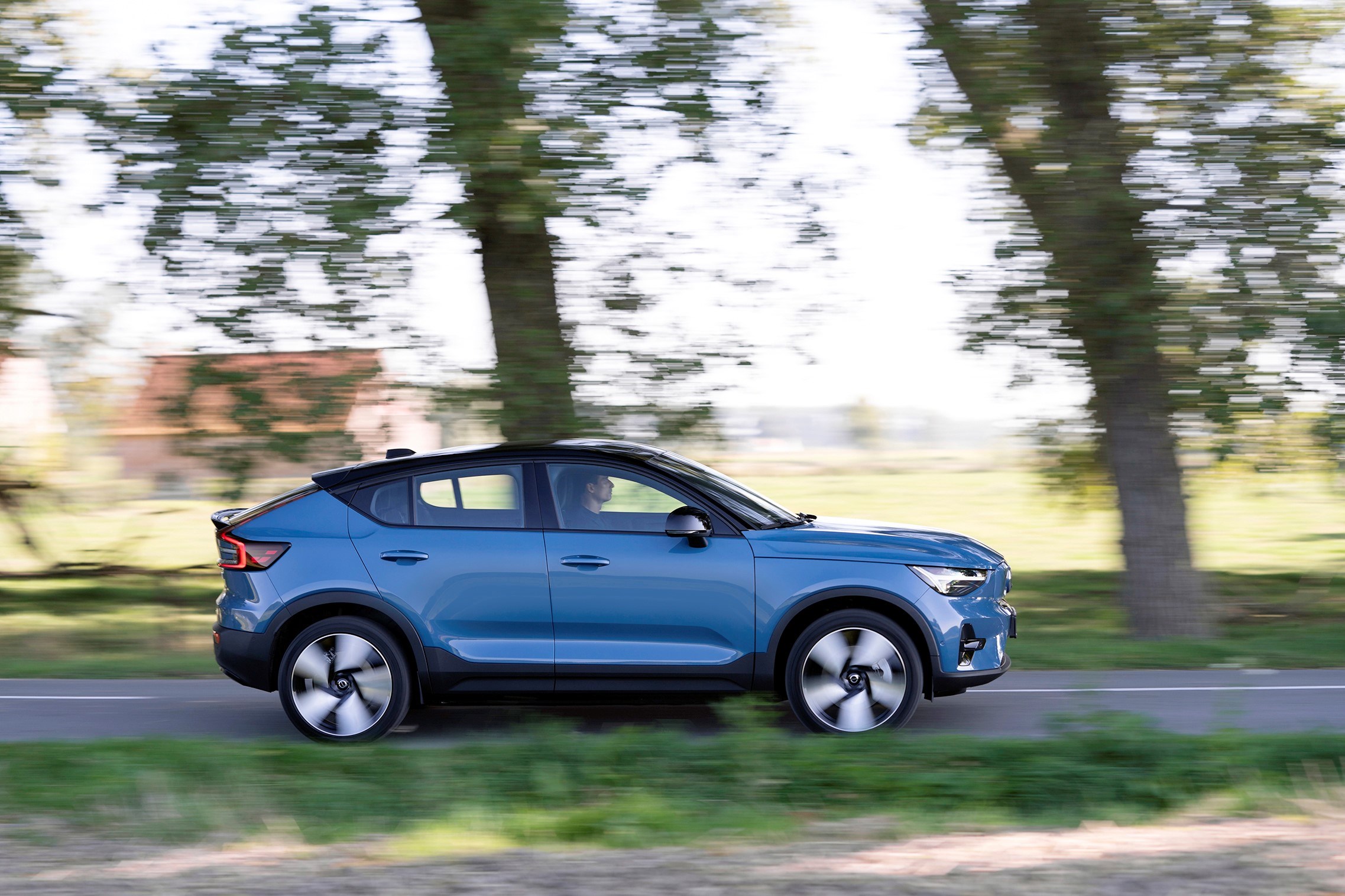 The bulk of the changes between the XC40 and C40 reside around the looks. The rear end is far sharper on the latter, with a raked roofline giving the whole car a more concept-like appearance.

It also arrives as the first Volvo to be entirely leather-free and benefits from an entirely Google-based infotainment system.

All C40 models boast a fixed panoramic sunroof, which really does transform the feel of the cabin.

Volvo is pushing its subscription service for the C40, too, covering aspects such as tax, replacement tyres and servicing for a fixed three-year monthly fee of £679. You can also opt for an open-ended three-month rolling contract for £779 a month. 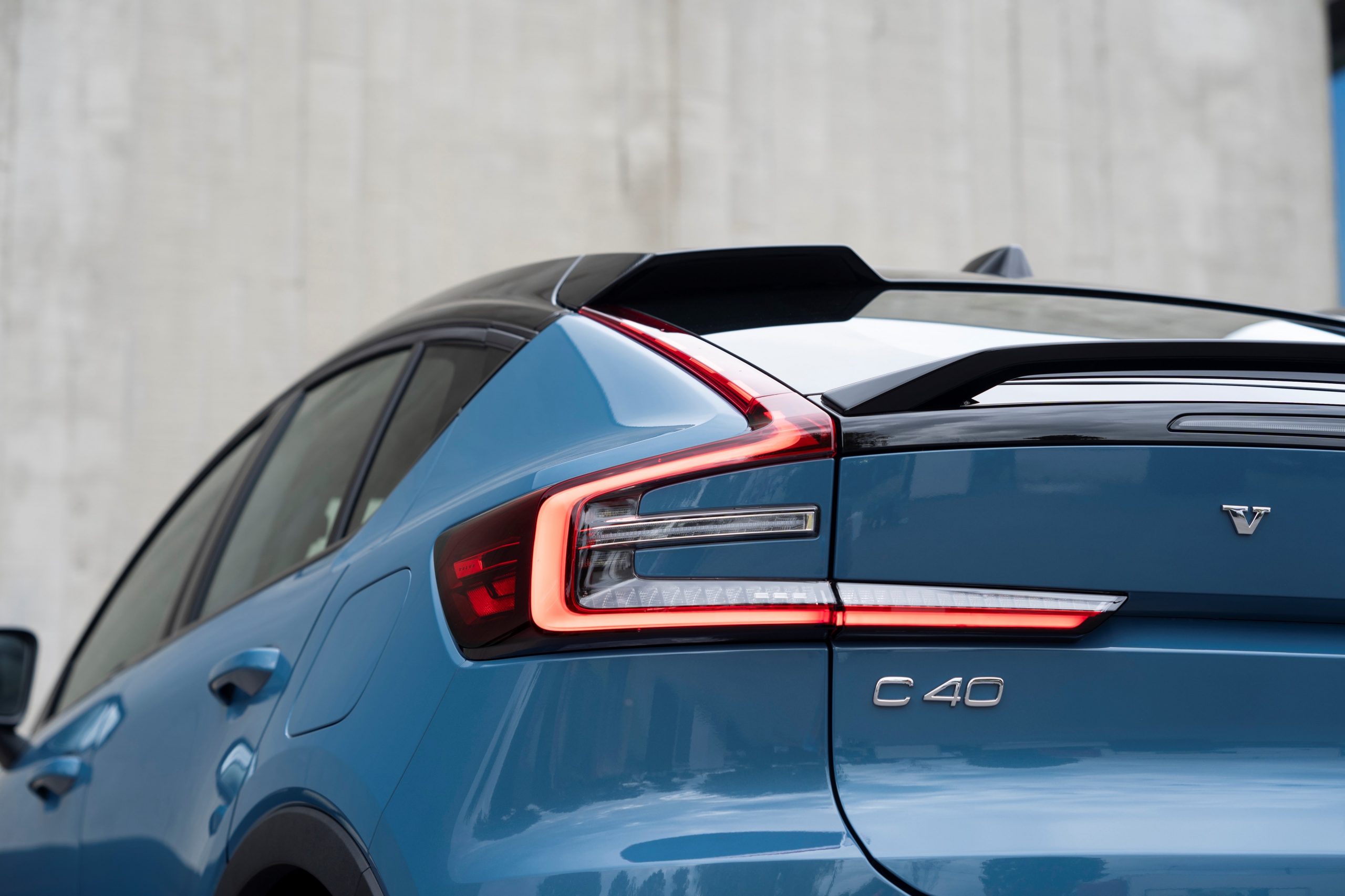 The C40’s propulsion comes courtesy of a twin-motor setup, with one at both the front and rear of the vehicle providing all-wheel-drive. It’s impressively powerful, too, with 402bhp and 660Nm contributing to a 0-60mph time of 4.5 seconds and a top speed limited to – as it is on all Volvo models – 112mph.

Those motors are hooked up to a 78kWh battery – of which 75kWh is useable – which should return up to 272 miles between top-ups.

The ability to charge at speeds of up to 150kW means that 80 per cent of capacity can be added in 40 minutes. Connect to an 11kW home charger and you’re looking at a full charge in around eight hours. 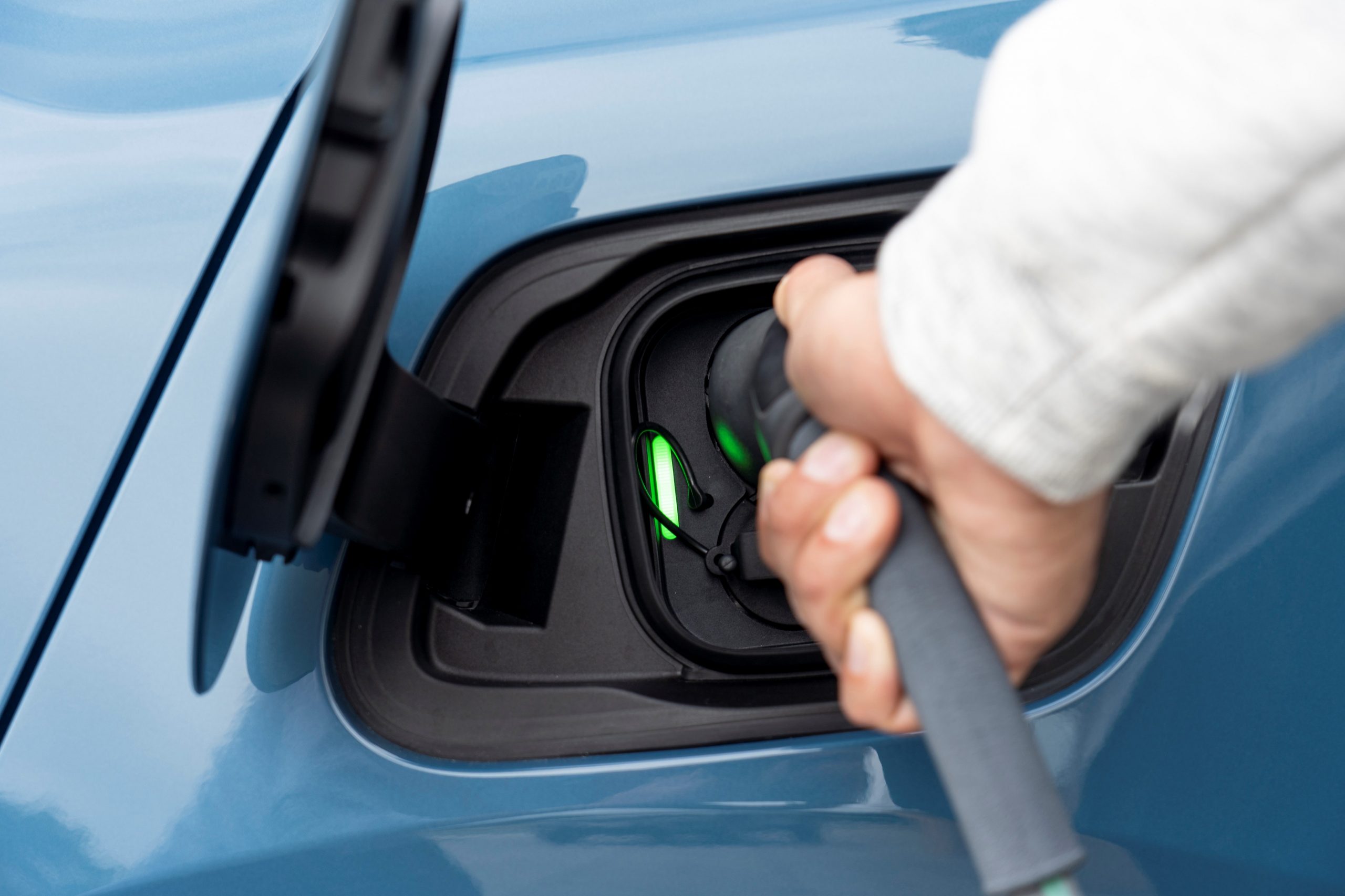 The C40 is pleasantly understated in its driving mannerisms to begin with. The ride can feel a little fidgety at lower speeds but gain some momentum and it’s composed and well supported, but with enough suppleness to the suspension that it just glides through long bends. The steering is well-weighted too, while very little road or wind noise means that the cabin is quiet and refined.

But boy, is this car quick. In fact, the merest hint of throttle application can leave you rocketing forwards in a time that’ll leave the average hot hatch wondering what on earth has happened.

In truth, it feels a little over-powered for a car of this type, but you can’t help but smile as the C40 races towards the horizon. 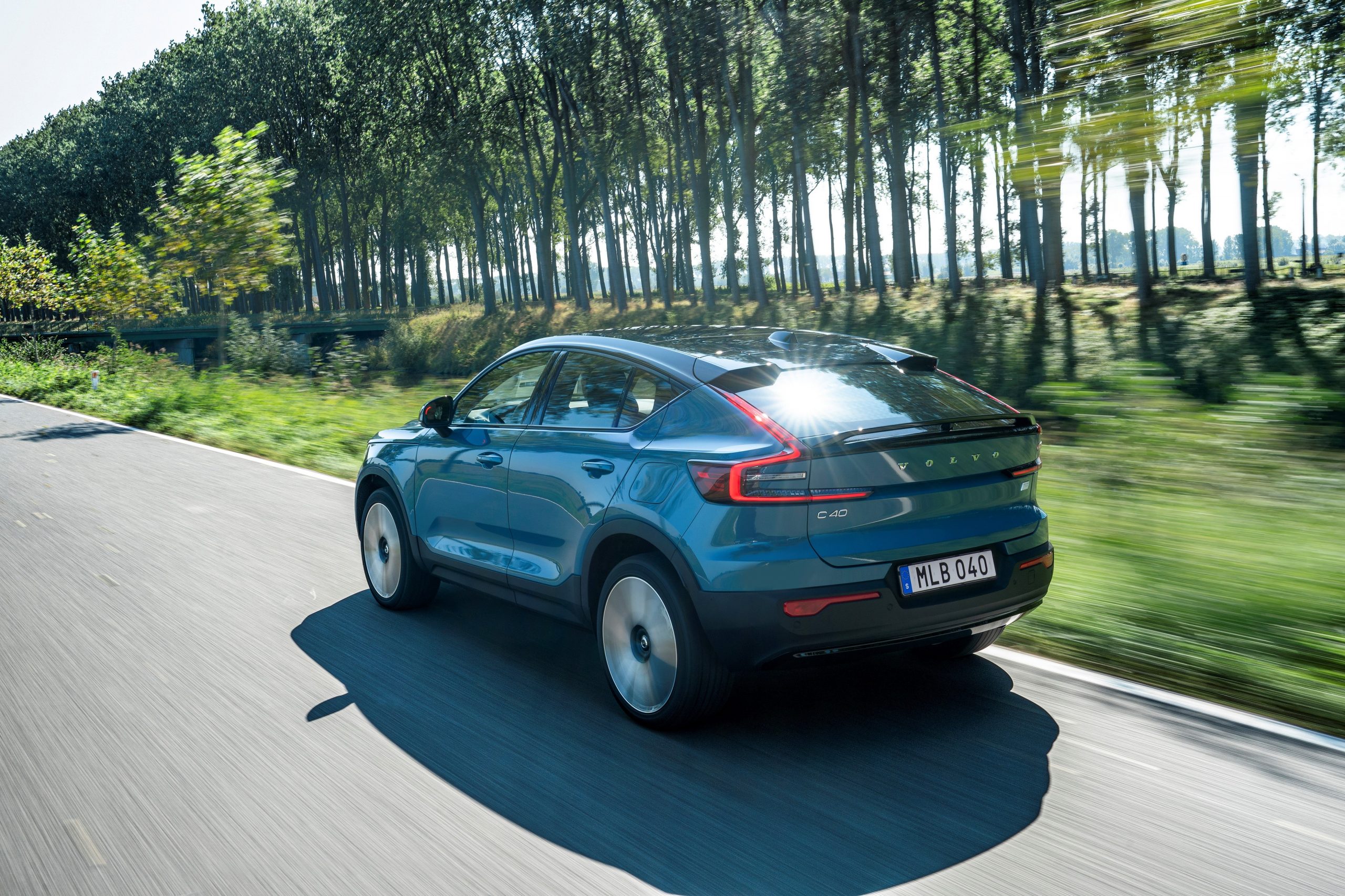 The C40 looks really striking out on the road. The sharp rear end gives the car a little more edge compared with the rather square XC40, with the heavily raked rear screen adding to the whole effect.

The only real issue comes in terms of usability. As we’ve seen on other crossover-style SUVs, the C40 struggles with rearward visibility. Because that rear screen is so narrow, your view behind is compromised and nowhere near as open as in the XC40. 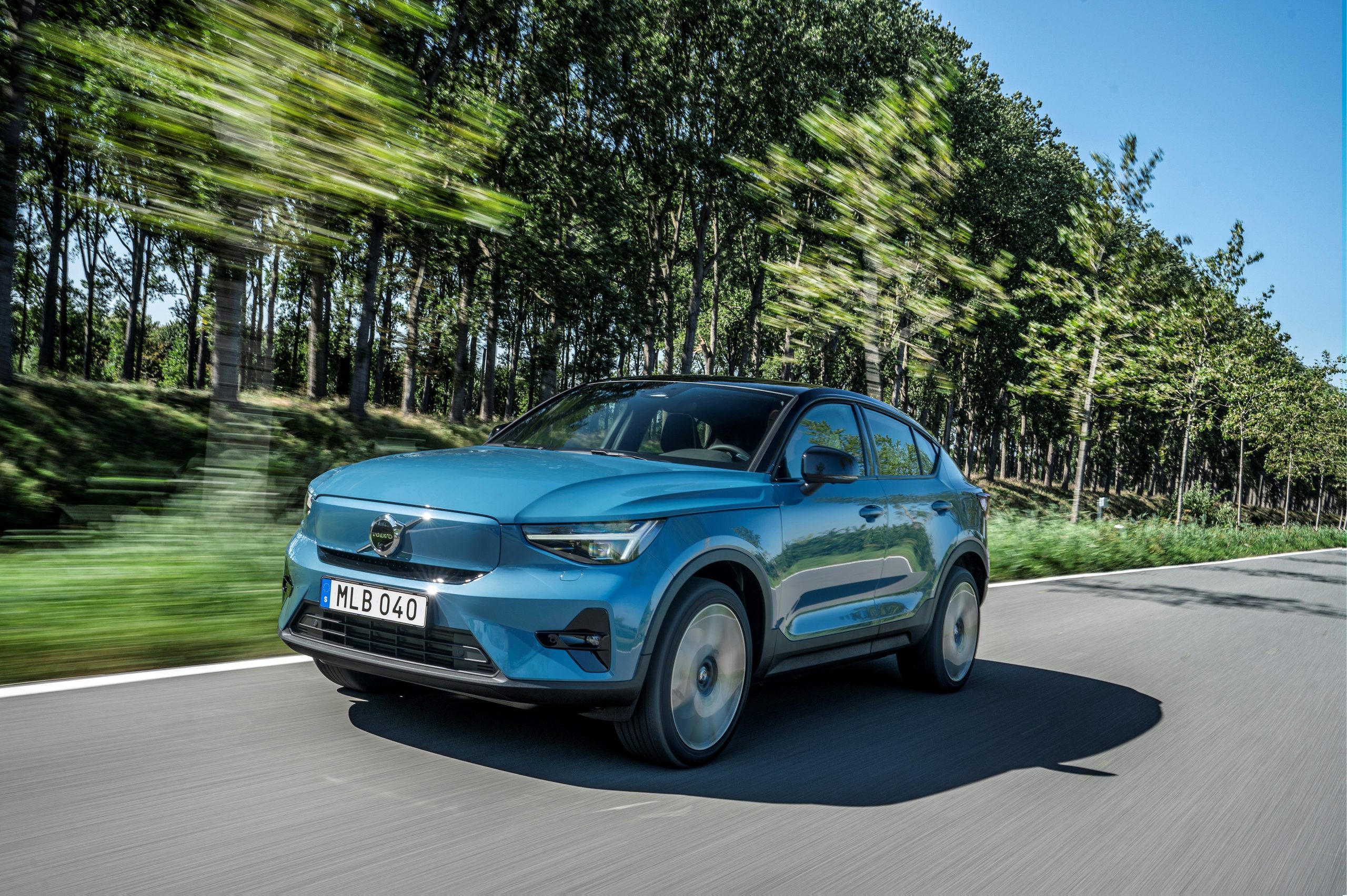 As we’ve already mentioned, the C40 is Volvo’s first leather-free car, but there’s no less premium feel as a result.

In fact, the combination of natural and recycled materials gives the C40 a robust, well-made feeling, while everything is put together nicely too.

There are also cool new inlays – exclusive to the C40 – which have topography-style graphics etched into them.

That’s quite a bit down on the 540 and 1,290 respective litres you get from the XC40, so it does falter somewhat in terms of outright practicality.

However, the boot is easy to access and doesn’t have an awfully high load height, so placing heavier items in there shouldn’t be too tricky.

There is, however, an extra 31 litres in the front luggage compartment, ideal for storing charging cables in. 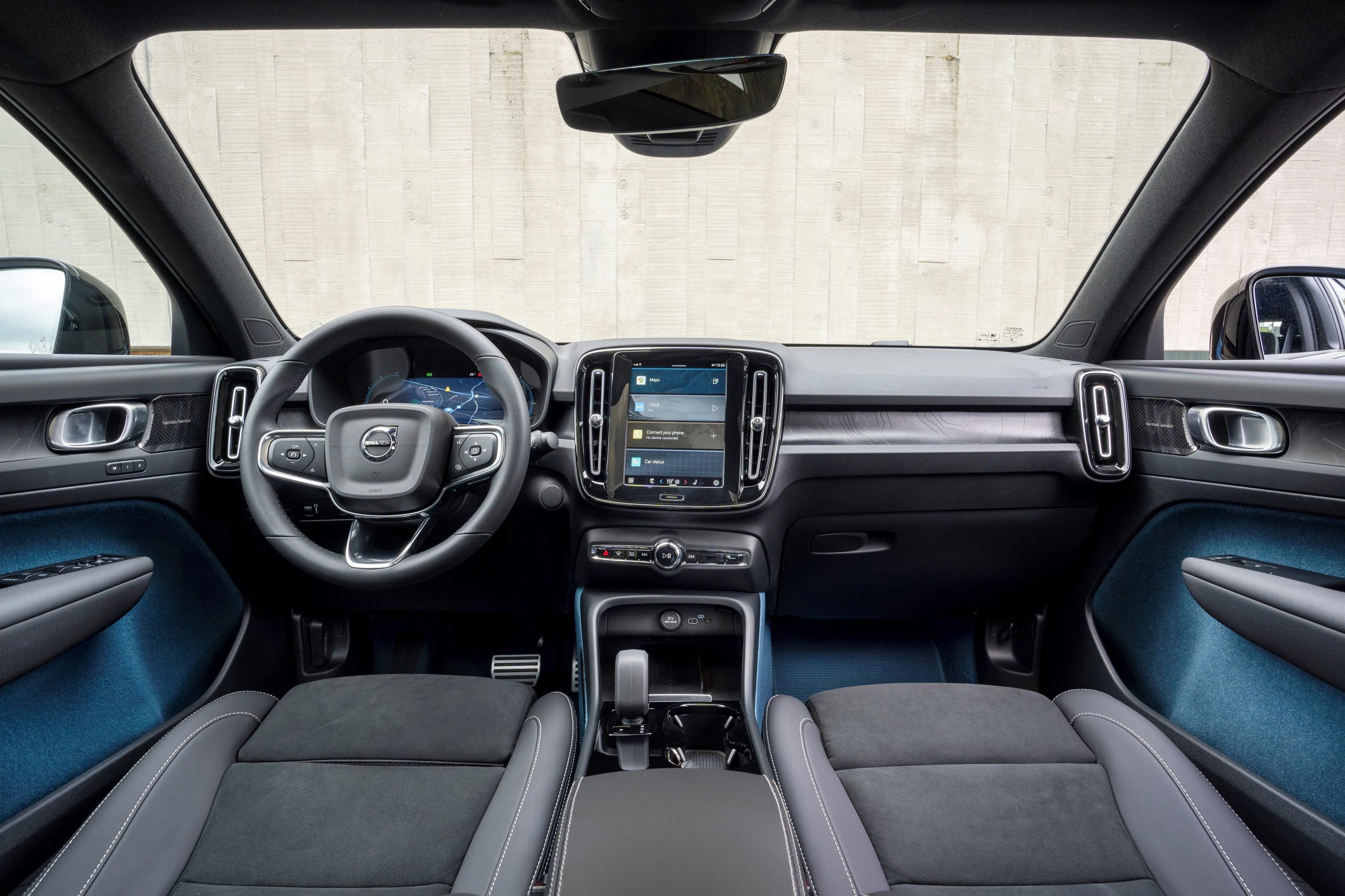 As a tip-top Volvo model, the C40 gets plenty of standard equipment. In fact, there are no options to select other than a tow bar, should you need one. So you get a nine-inch central touchscreen running Google Maps and a variety of other Google-based functions – it’s just a shame Apple CarPlay isn’t included, therefore not allowing you to mirror your phone.

Elsewhere, you’ve got a 12.3-inch driver display, a premium sound system by Harman Kardon and heated front and rear seats. There’s an all-encompassing amount of standard equipment with the C40 but, given its £57,400 starting price, you’d kind of expect there to be. 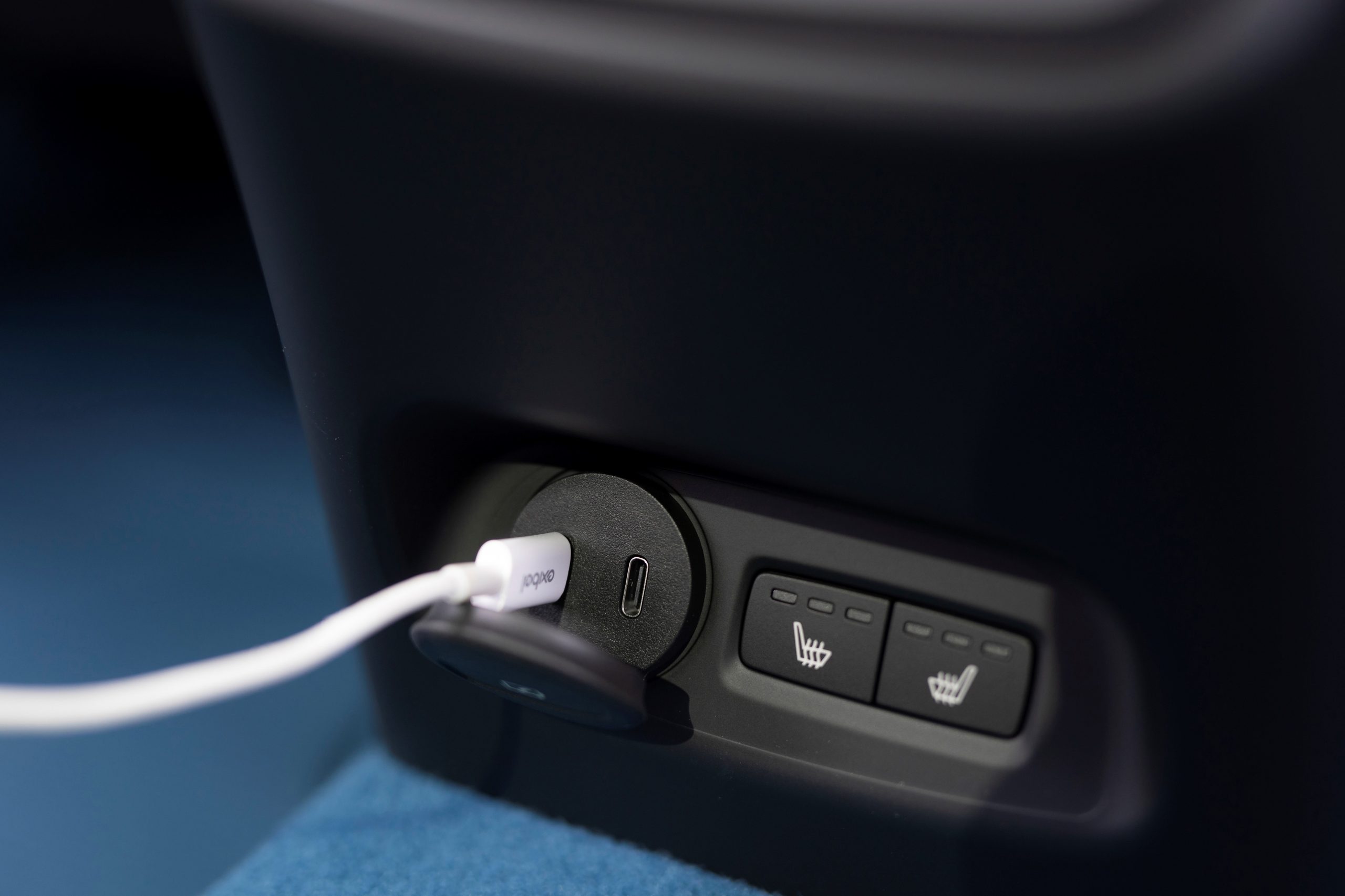 The C40 is an attractive electric car that does well to further Volvo’s presence in the battery-powered segment. If you’re after an EV that looks a little different, then this could be the car for you. It also backs up these looks with an exciting powertrain, plenty of range and an impressive level of standard equipment, too.

But given its shortfalls when it comes to practicality – as well as that rearward visibility and chunky price – we’d be surprised if people didn’t just immediately go for the XC40 Recharge.

That said, if a less powerful and slightly cheaper version of the C40 were introduced – and Volvo is expected to do just that – then we could see the C40 being quite the hit.