It’s fair to say that 2020, as a year, has been what you’d call ‘challenging’. The coronavirus crisis has essentially decimated the entire 12 months, clearing schedules and wiping events off a calendar which, back in January, looked promising to say the least, writes Jack Evans.

I think that it’s left us all wishing for a bit of normality. And for us, normality is driving a selection of cars to find out just what they’re like.

Which is why we decided to push on and do Road Test of the Year 2020. While previous years have seen us convoy up to tiny roads in Snowdonia or tackle the mountainous peaks of south Wales, 2020 has caused us to pivot and bring things a little closer to home. 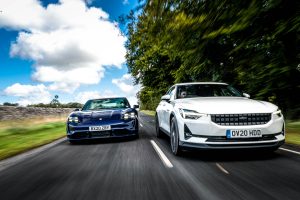 Thankfully, a small break in lockdown measures meant that we could – at last – head out and get behind the wheels of some of 2020’s most crucial cars.

I’ll be the first to admit that with social distancing measures, ever-present restrictions and a constant emphasis on cleaning every surface within touching distance, RTOTY ’20 felt strange from the off. The zip of excitement, while still present, just wasn’t quite as highly charged. It’s funny what a pandemic will do, eh?

But in the spirit of the year as a whole, we weren’t going to let that stop us from bringing together some of the most exciting, engrossing and market-shaping cars together for one comprehensive shoot-out.
Far from Brecon or Denbigh, we’d be testing out a range of cars near Goodwood and then in the much-loved New Forest for another day of hard-fought driving. 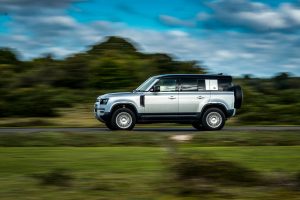 You might notice that this year’s test has a distinctly electric flavour to it. Some might call that like licking a battery, but I digress, as it’s hard to ignore the overwhelming surge (apologies) in interest in EVs over the past 12 months. Electrified vehicle registrations overtook diesel ones in Europe for the first time, reflecting an overwhelming desire – both from manufacturer and consumer – to start shifting towards electric powertrains.

So as a result, our test this year is dominated by cars that rely on a plug to keep going.

We’ve got the cutesy Honda e, with its retro-inspired looks and high-end interior contrasting against the focused and minimalist Polestar 2 – the firm’s first fully electric car to be created since it separated from parent firm Volvo.

Then there’s the Taycan Turbo. As you’d expect from Porsche, it’s as sharp as a razor and packed with enough technology to out-fox Nasa. Can it come out on top? You’ll have to stick around to find out.

We’ve got the old guard represented by the Mercedes-AMG A45S. One of the most powerful hot hatches available, its turbocharged 2.0-litre engine might seem a touch old-hat compared with the plug-in contingent here, but it promises to be far more than ‘just’ an engine. We’ll find out if that’s the case. 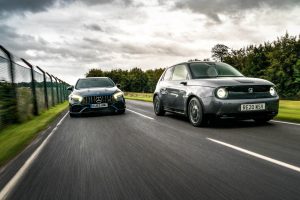 You could say that the Land Rover Defender has its work cut out here. The weight that the name brings is mammoth, and with so much expectation levelled against it from the off, you could say that it’s fighting an uphill battle.

Ford’s popular Puma has entered the fray too, casting a vote for the ‘everyday’ car. And while its powertrain might not match others here for outright performance, it doubles down on practicality and spaciousness – areas that have traditionally let accomplished cars down in RTOTY events of yesteryear.

Needless to say, we’ve put on the face masks and packed enough disinfectant wipes to cleanse a whole dealership of cars in order to put this year’s RTOTY together.

I think that the entire year has been a true testament to people’s ability to push on through and find the positives in things, and I’d like to think that putting on this year’s group test is linked to that.

Although somewhat stranger than in previous years, Road Test of the Year 2020 proved just as enjoyable to do. And I hope that you enjoy reading about it too.