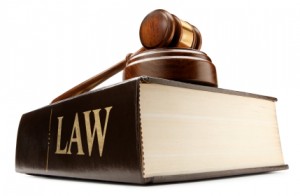 A SALESMAN who defrauded a car dealership out of nearly £40,000 has been jailed for 12 months.

According to the Belfast Telegraph, 38-year old Robin Campbell of Hillhall Park, Lisburn, pleaded guilty to fraud by abusing his position at Citroen Belfast – a dealership run by the Charles Hurst Group.

The court heard that Campbell was working in the group’s Citroen Motability department and had been defrauding customers for around 12 months up until November 2013 before the dealership detected something was wrong.

Mr Murphy told the court an audit by the dealership showed some customers had paid a total of £37,751 in deposits that was meant for Campbell’s employers.

The salesman was later arrested and interviewed by police and had earlier admitted to a friend what he had done.

Mr Murphy said: ‘He told his manager about the fraud and said he had gambled the money and had no means to repay it.

‘What led to his confession is that he was aware that an audit was being carried out. He knew he would be found out and that is what prompted him to confess.’

Mr Murphy said Campbell would ask and take deposits for sums between £200 and £2,000.

He said: ‘This defendant would insist on early deposits and in the main he would ask for cash deposits. He would then take these monies for his own personal use.’

Defence barrister Kelly Doherty said that Campbell had turned to alcohol after his marriage broke down and then had used the deposits to pay for his gambling addiction.

Campbell will spend six months behind bars, with the rest of the sentence on licence after being released.