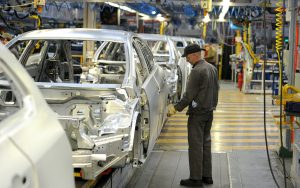 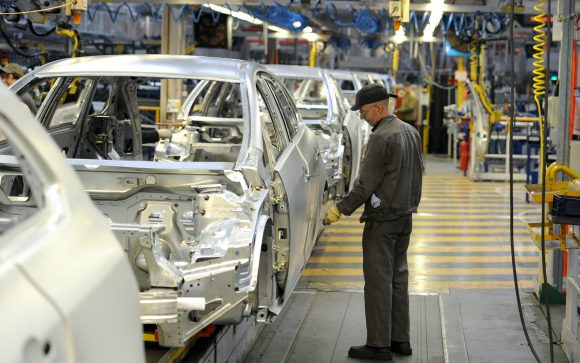 SMMT warns of £55.4bn loss to UK automotive industry by 2025 under WTO tariffs

World Trade Organisation tariffs will cost the UK’s automotive sector £55.4bn by 2025, according to the SMMT.

Trading under WTO rules will consistently keep annual vehicle production under one million units, meaning two million fewer vehicles over the next five years, it said.

Goods traded between the UK and the EU aren’t subject to any tariffs, but that will only last until the Brexit transition period expires on December 31 this year.

Trade after then could fall back on WTO rules involving tariffs and quotas if no agreement is reached, it said.

It wants the government to ‘stretch every sinew’ during its EU negotiations to reach an agreement that avoids that scenario.

Speaking today (Nov 24) at SMMT 2020 Update Live, which replaced what would have been the industry body’s annual dinner because of social distancing restrictions, organisation president George Gillespie said: ‘We need a future trading relationship that works for automotive.

‘We’ve already spent nigh on a billion pounds preparing for the unknown of Brexit and lost 28 times that to Covid. Let us not also be left counting the cost of tariffs, especially not by accident.

‘Industry can deliver the jobs growth we need and help rebuild a devastated economy, but the government must work with us to create the environment for this success.

‘That starts with a favourable Brexit deal and a bold strategy to help transform automotive production in the UK, attract new investment, upskill our workforce and build world-leading battery capability to future-proof our manufacturing.

‘When Covid lifts, we need to be ready – ready to support the government to engineer an economic and green recovery.’

SMMT chief executive Mike Hawes said: ‘The government’s plan for a green industrial revolution is an immense challenge – for automotive, the energy sector, consumers and for the government itself.

‘We are already on the way, transforming an industry built on the combustion engine to one built on electrification.

‘But to complete the job in under a decade is no easy task. And with showrooms closed, choking factories of orders, the ability of the sector to invest further is severely constrained.’

He added: ‘Automotive is nothing if not determined, adaptable and resilient, yet as the clock ticks ever closer to midnight on Brexit negotiations, the competitiveness and employment we need to get back to growth – green growth – hangs in the balance.’

The SMMT said WTO tariffs would add an average of £2,000 to the cost of British-built electric cars that are sold in the EU.