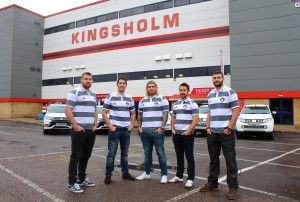 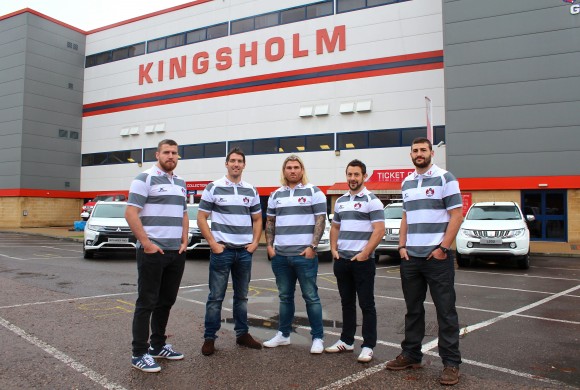 SOME of the stars of Gloucester Rugby have met their ideal match with the Mitsubishi range as part of a new partnership with the company.

May explained why he chose the UK’s most popular plug-in hybrid electric vehicle, which has a 32-mile pure-electric range and an efficient petrol engine to deliver anxiety-free driving. 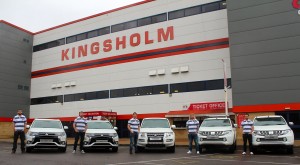 ‘This sort of hybrid technology is the way cars are going and I’ve heard a lot about it so I wanted to try it out,’ he said. ‘I live near Kingsholm and 10 minutes away from the training ground so I will do most of my driving in electric mode, which will be great as I won’t have to pay for fuel. I like the look of the Outlander PHEV and it’s environmentally friendly, which is another good thing.’

Scotland captain and Gloucester scrum half Laidlaw, who opted for the award-winning new L200 Series 5, said: ‘The vehicle looks lovely. It’s funny that we’ve all ended up with white, because it’s not something we spoke about. The L200 is great for me with the family. Any trips away we can just fill up the back and save having the mess in the car.’

Mitsubishi Motors in the UK became the main partner of the Cherry and Whites in July. The three-year agreement sees the famous three diamonds Mitsubishi logo appear on the club’s playing and training shirts, replica wear, as well as significant branding around the stadium.

The company has been a sponsor of Gloucester Rugby for eight years but the new partnership represents a considerable increase in commitment to the club, at a time when the Mitsubishi brand presence is growing rapidly in the UK.

On SuperUnleaded.com: Celebrate Mitsubishi’s Mad Moments And WIN All This Kit!