by Darren Cassey
in News
0

A beautiful Porsche 911 Reimagined by Singer has gone up for sale on auction website Collecting Cars.

The exquisitely restored and modified 1990 model is now sale on the auction platform and could sell for more than half a million pounds.

Although Collecting Cars does not provide estimates, similar vehicles have sold for up to £650,000 based on 2019 exchange rates.

This model is a rarer right-hand-drive car, so could go for even more.

In the world of classic Porsches, Singer Vehicle Design is one of the biggest names in the business. The US-based company restores and reimagines old 911s with an exquisite attention to detail.

The 1990 Porsche Reimagined by Singer started with an accident-free 964 donor car, which was stripped back to its monocoque before being rebuilt with carbon-fibre exterior panels. The base model was a UK-registered car. 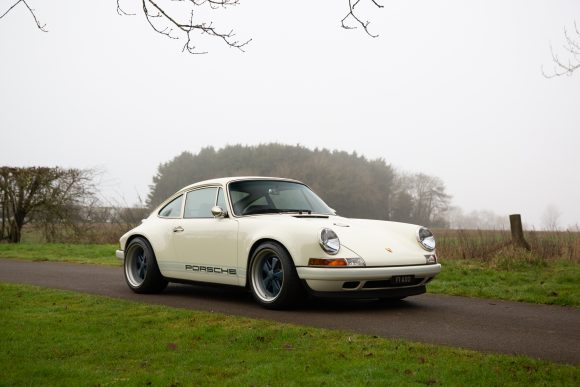 The engine is a naturally aspirated 4.0-litre flat-six petrol unit developed by Ed Pink Racing, which makes 390bhp and 427Nm of torque. Power goes to the rear wheels through a six-speed manual transmission.

Other mechanical upgrades include an upgraded suspension with Ohlins dampers and a 993-type steering rack to replace the standard 964 one. 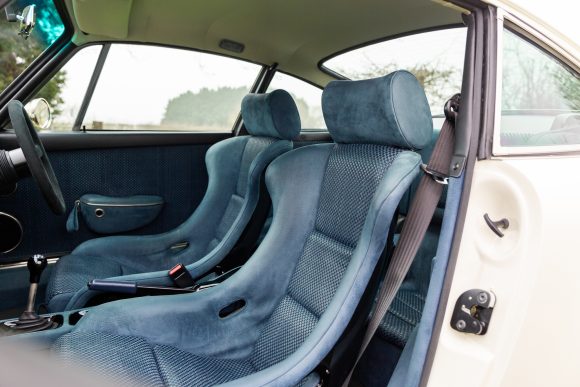 This car also gets the ‘big brake’ upgrade, which sees a performance Brembo brake kit fitted.

Other details include Hella bi-xenon headlights, aluminium hinges for the bonnet and engine deck lid, and blue upholstery made from suede and diamond-quilted leather.

Elsewhere inside, there are lightweight carbon-fibre bucket seats, black leather and piano black trimmings, ivory headlining and a ‘Reimagined by Singer’ badge on the dashboard.

The former dealer principal and director of dealer group Dick Lovett said: ‘To be clear, although yes we are an auction platform, we aren’t here to disrupt just the car auctions, we’re here to disrupt the classifieds.

‘We feel like we’re more of a replacement to the classifieds than we are the auction houses.’