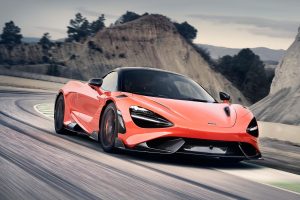 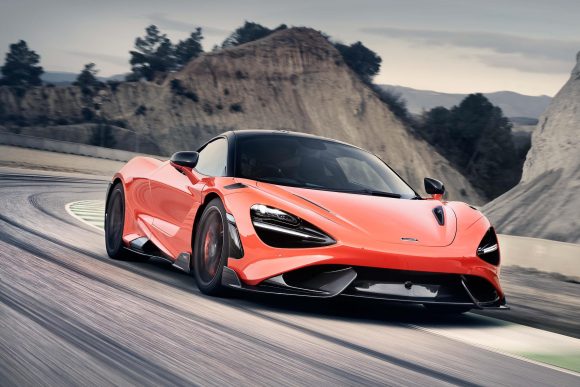 THIS year’s Geneva Motor Show didn’t go according to plan. In fact, thanks to the coronavirus epidemic, it’s not happening at all, with the event cancelled just three days before it was due to start.

But manufacturers are still revealing new models that would have had their first public airing at the Swiss show, so we’ve still got various vehicles to get excited about. Here are today’s top 10 key reveals:

Although it has design details unlikely to make it to the road – such as its dramatic headlights and wing mirrors – BMW’s i4 is a close representation of what we can expect to ultimately see.

A large kidney grille steals the show, with streamlined bodywork flowing into a minimalistic rear. BMW says this concept shows the firm’s ‘new look’, so expect the oversized grille to be a mainstay of future models.

Alfa Romeo let its engineers loose on the high-performance Giulia Quadrifoglio and they cane up with an extreme version of the saloon.

Underneath the Giulia GTA’s bonnet is a ramped-up version of the 2.9-litre twin-turbocharged V6 found in the standard car, now producing 533bhp – a 30bhp increase. Power is still sent to the rear wheels, with a 0-60mph time of 3.6 seconds possible.

The Dacia Spring Electric is said to be a preview of ‘Europe’s most affordable all-electric vehicle’. It looks similar to its current offerings, with a boxy silhouette, rugged design details such as plastic cladding and roof bars, plus skid plates integrated into the front and back bumpers.

The in-gear acceleration is said to be 15 per cent faster than the 720S on which the 765LT is based, making for a staggeringly quick car – and there’ll only be 765 examples worldwide.

The next model to join VW’s all-electric car line-up will be the entirely carbon-neutral ID.4.

Ralf Brandstätter, chief operating officer at Volkswagen, said: ‘The outstanding aerodynamics reduce the drag coefficient and will boost the ID.4’s range to up to 311 miles, depending on the drive package.’

Hyundai has unveiled the Prophecy concept as its latest approach to design.

Inside, you’ll find joysticks instead of a steering wheel – said to let the driver control the vehicle in a ‘position of comfort’ as well as offer more space. Autonomous technology is also on board, but Hyundai hasn’t said to what extent.

Audi has revealed the updated version of its popular A3 hatchback, which now has a sharper, more angular look and better technology.

The shape may be familiar but the details of its styling are vastly different – especially at the front, where the headlights and side intakes in particular have been given a more aggressive appearance.

It remains available as a coupe and cabriolet, and has an aggressive aerodynamic package that includes a large rear wing plus active elements to make the best of downforce. Its 3.8-litre twin-turbocharged engine is all new, too.

Pininfarina has revealed a fresh take on its Battista hypercar – the highly exclusive Anniversario.

Limited to just five units, it uses the same 1,900bhp powertrain but takes on a new aerodynamic bodykit as well as a triple-colour hand-crafted paint job. The asking price? €2.6m (circa £2.3m).

Bentley has unveiled the Mulliner Bacalar – a seriously limited-edition and hand-built convertible.

Just 12 examples – already accounted for – will be built by Mulliner, Bentley’s bespoke division, which has been revived to offer these low-run models as well as exclusive upgrades to standard Bentley models and restorations of classic examples.