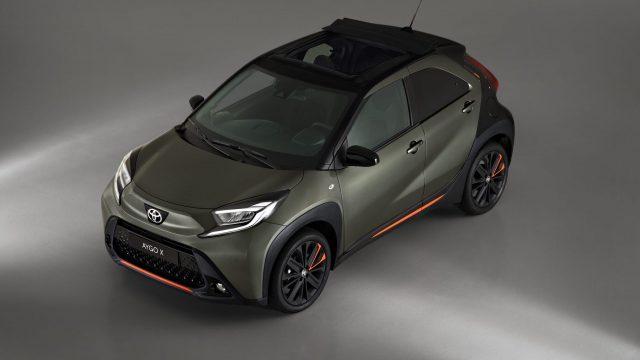 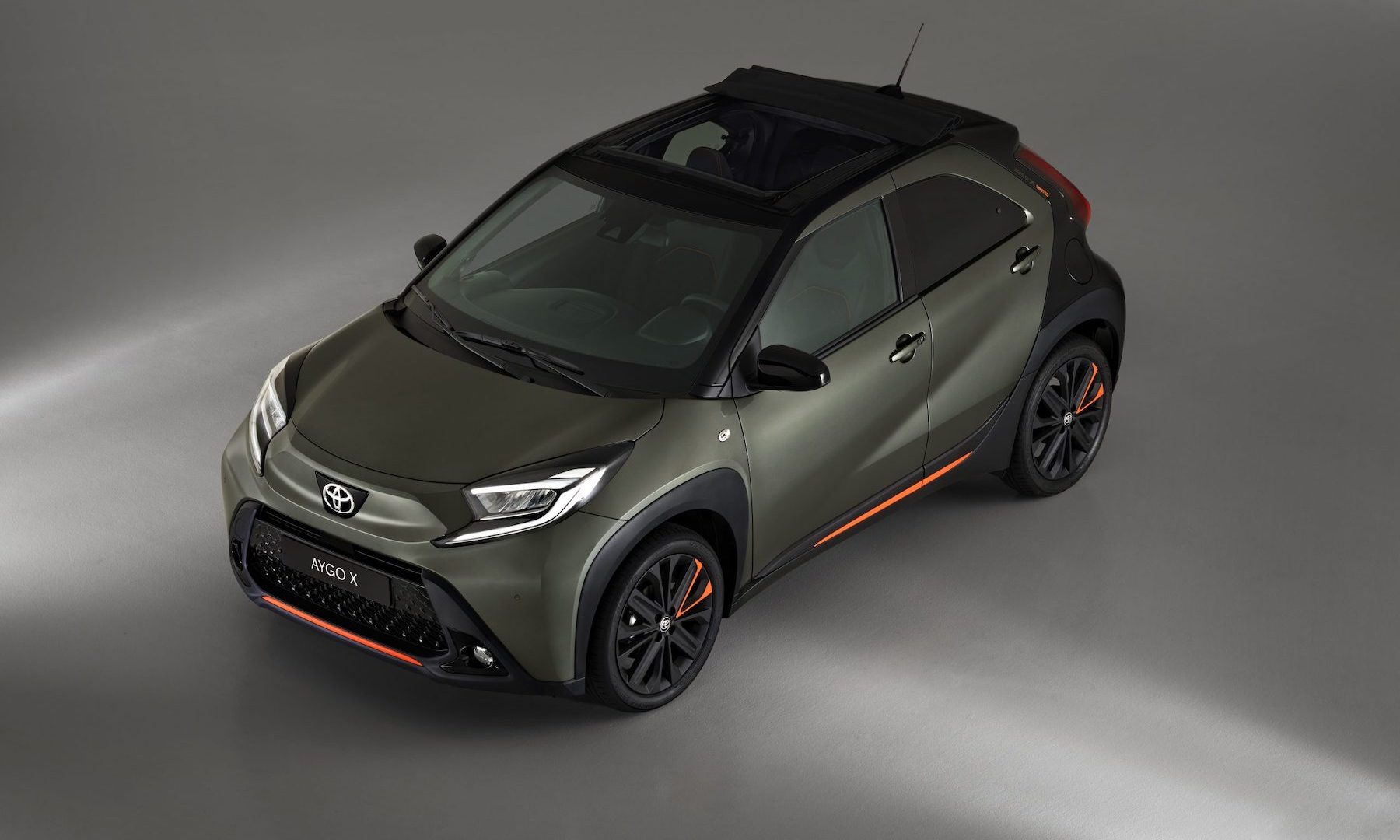 Toyota has launched an all-new edition of its popular city car the Aygo X with improved technology and design.

Though the previous Aygo was built on the same platform – and rolled off the same production line – as the Citroen C1 and Peugeot 108, Toyota is now going alone with it.

The new car was explicitly designed for Europe and sits on Toyota’s GA-B platform, which also underpins the Yaris.

It is available with a broad range of personalisation as well as two-tone paint schemes.

Toyota says the colour palette is ‘inspired by different spices’, with shades on offer including Chilli, Ginger and Juniper. 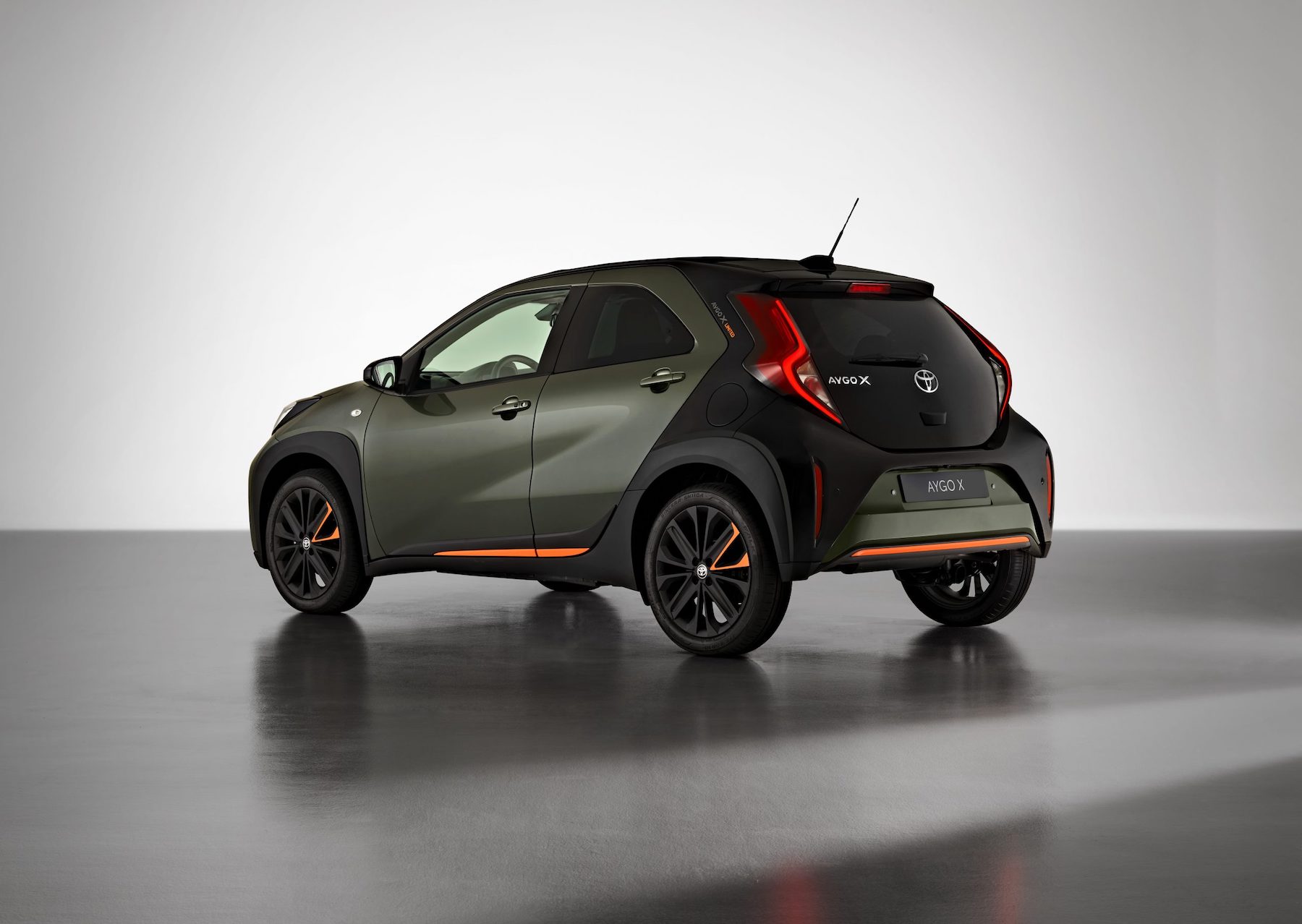 Alloy wheels of up to 18 inches are also fitted, while the bold colours carry through to the interior as well, thanks to a bright dashboard and centre console.

At 3.7m long, the Aygo X is 24cm longer than its predecessor and 13cm wider, allowing for greater space inside, while the boot increases in size by 60 litres to 231 litres.

As with the outgoing Aygo, an electric canvas roof can also be optioned.

Despite the vehicle’s compact size, Toyota is kitting out the Aygo with a raft of technology, including full LED lighting and a large touchscreen offering cloud-based navigation services plus wireless Apple CarPlay and Android Auto.

Featuring a 71bhp 1.0-litre petrol engine available with either a five-speed manual gearbox or new CVT automatic transmission, its efficiency has been enhanced further with Toyota aiming for a 60mpg fuel economy figure and CO2 emissions of 109g/km. 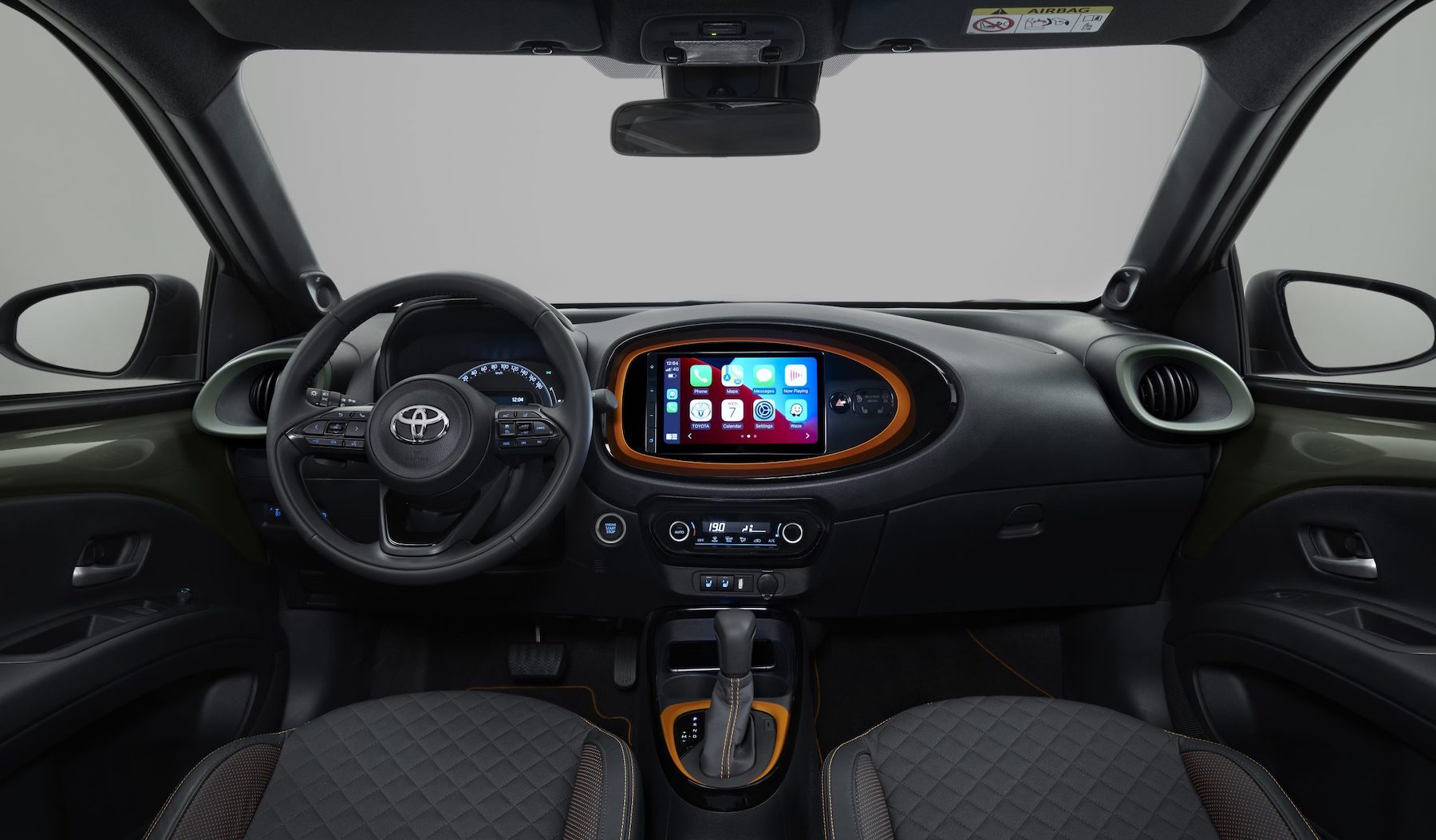 Toyota hasn’t announced pricing yet, but the Aygo X aims to be a more affordable option in this class, with models likely to start from around £14,000.

The Aygo X will arrive in showrooms in 2022.