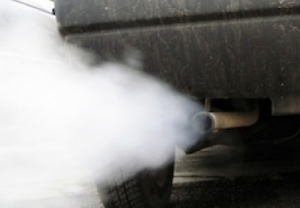 There are now two local authorities which want to take you to task – and extract £20 from your wallet – for sitting in a car that is idling.

Westminster City Council has followed the lead taken by Islington Council to issue £20 fines to motorists who refuse to turn off their engines when asked. It’s taking these measures to tackle pollution, it says.

Traffic wardens in Westminster will ask drivers of stationary cars to turn off their engine, and will issue penalties only as a ‘last resort’, says the council.

The clampdown will begin on May 1, and is thought to particularly target diesel vehicles.

The Institute of Advanced Motorists (IAM) has condemned the move as a money-making policy.

The IAM’s director of policy and research Neil Greig says: ‘If they target private car drivers pulling up for a moment in relatively clean, modern cars in a draconian way – while ignoring old buses, coaches, large trucks, utility company vans or taxis idling for long periods – then it will quickly be seen as yet another revenue-raising exercise.’

MORE: Download the new edition of Car Dealer magazine to your iPad – at 164 pages, our biggest ever! And it’s FREE!