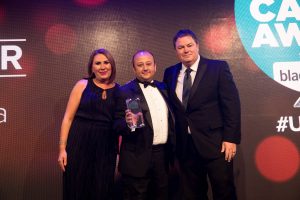 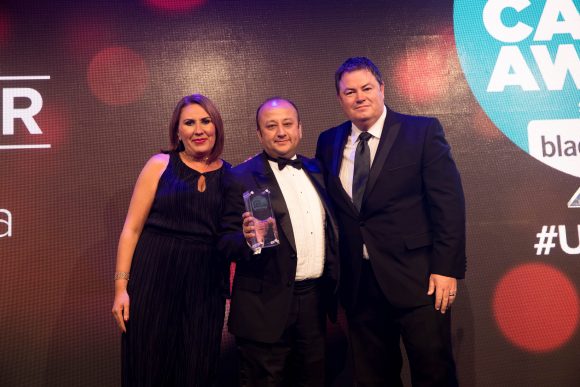 DAKSH Gupta was the big winner at this year’s Used Car Awards, walking away with the Dealers’ Dealer of the Year and Outstanding Achievement of the Year trophies.

The Marshall Motor Group CEO was voted for by dealers in the unique awards, in which the industry nominates the people and businesses that have really stood out in the past 12 months.

Gupta commented: ‘It’s a crazy industry and since I’ve been at the head of the company, we’ve gone from £300m to £2.3bn. I’ve got such a fantastic team around me and I couldn’t do this without them. Really this award is for them and all of the fantastic work they’ve done this year.’

Talking about this, he added that this award was a ‘reflection of the industry’ who had donated their money to the cause.

Mike Brewer said: ‘This award is always a special one, as the winner takes home the prize knowing he or she has the respect and affection of their peers in the industry. The best dealers operate with integrity and professionalism at every turn and that’s certainly true of our winner tonight.’

He added: ‘In nominations we received, he was described as having a first-class business brain, excellent people skills and an uncanny ability to predict future trends.

‘Colleagues throughout the industry told us in their nominations that he’s always willing to chat and help and despite being incredibly busy, can always find time to offer wise words of advice.’

On SuperUnleaded.com: Woman Rides On Flatscreen TV In Car