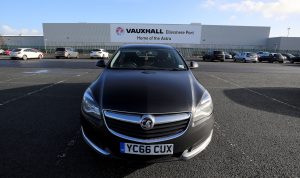 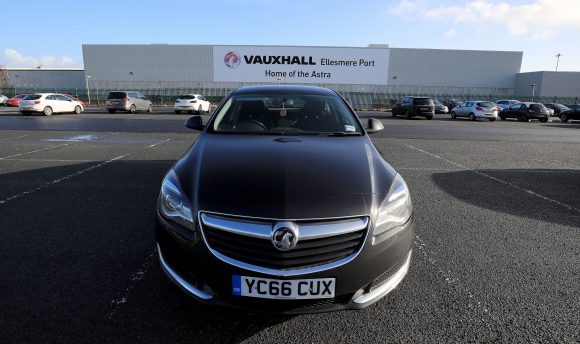 VAUXHALL is planning a restructuring at its main car plant with a ‘phased reduction’ of 241 jobs.

The motor giant said it aimed to achieve the cuts in Ellesmere Port through voluntary redundancies, adding that the decision was not Brexit-related.

A statement said: ‘This restructuring is critical to ensure that the Ellesmere Port plant develops its competitiveness during this difficult time within the industry.’

The company has entered a 45-day consultation with unions.

‘Further job losses will come as a sickening blow for them and their families in the run up to Christmas and will further heighten the anger over the uncertainty surrounding the future of the plant.’

Vauxhall said it has announced a proposal for business restructuring ‘to align headcount and production costs with the 2019 production forecasts and plans’.

Its statement said: ‘The 2019 plan encompasses site compression, implementation of new technologies and other transformation activities which will impact on headcount requirements.

‘This restructuring requires a planned phased reduction in headcount by 241 heads during 2019.

‘The restructuring is necessary to make it a competitive plant when compared to the benchmark.

“The company confirmed that it remains committed to achieve this essential restructuring without having to utilise compulsory redundancies.

‘Additionally the company outlined the possibility for employees to transfer their employment to its manufacturing plant in Luton. In such cases the company would provide relocation support to employees.

‘The company will enter into collective consultations for a minimum of 45 days with trade union and employee representatives with a view to reaching agreement about avoiding redundancy, reducing the numbers of redundancies and mitigating the consequences of any such dismissals.’

Unions have been waiting for an announcement on the future of the plant, which builds the Astra.

Unite warned Vauxhall’s French owners PSA against ‘death by a thousand cuts’, calling for new models to be built at Ellesmere Port.

The latest round of planned job cuts is the fourth at the plant in recent years, resulting in a reduction of the workforce of almost 60 per cent to 900, said Unite.

Mr Chalmers added: ‘Unite will be offering our members maximum support and pressing for guarantees of no compulsory redundancies.

‘Unite will also be seeking urgent assurances and continue to press for PSA to remove the uncertainty surrounding the plant by committing new models to Ellesmere Port beyond 2021.’

Rebecca Long Bailey, shadow business secretary, said: ‘This is devastating news for workers and their families in the run-up to Christmas and is especially shocking considering the carmaker’s recent return to profit.

‘Bosses must now urgently meet with unions to ensure that there are no compulsory redundancies and work to provide long-term certainty to workers and their families during this difficult time.

‘This distracted government cannot sit back and allow for the decimation of such a vital industry with its highly-skilled workforce, the loss of which will be felt not just locally but nationally.’

Justin Madders, Labour MP for Ellesmere Port, added: ‘These fresh job losses are absolutely devastating for the workforce at the plant, particularly in the run-up towards Christmas.

‘I will be asking for confirmation from the PSA Group that no compulsory redundancies will take place.

‘Throughout a highly uncertain and difficult time, the workers have done everything that has been asked of them and have continued to operate one of the most efficient facilities in Europe. They cannot be expected to continue to make sacrifices without any assurances on the future of the plant.’