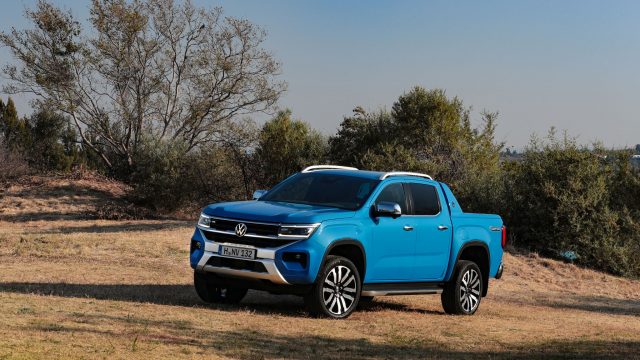 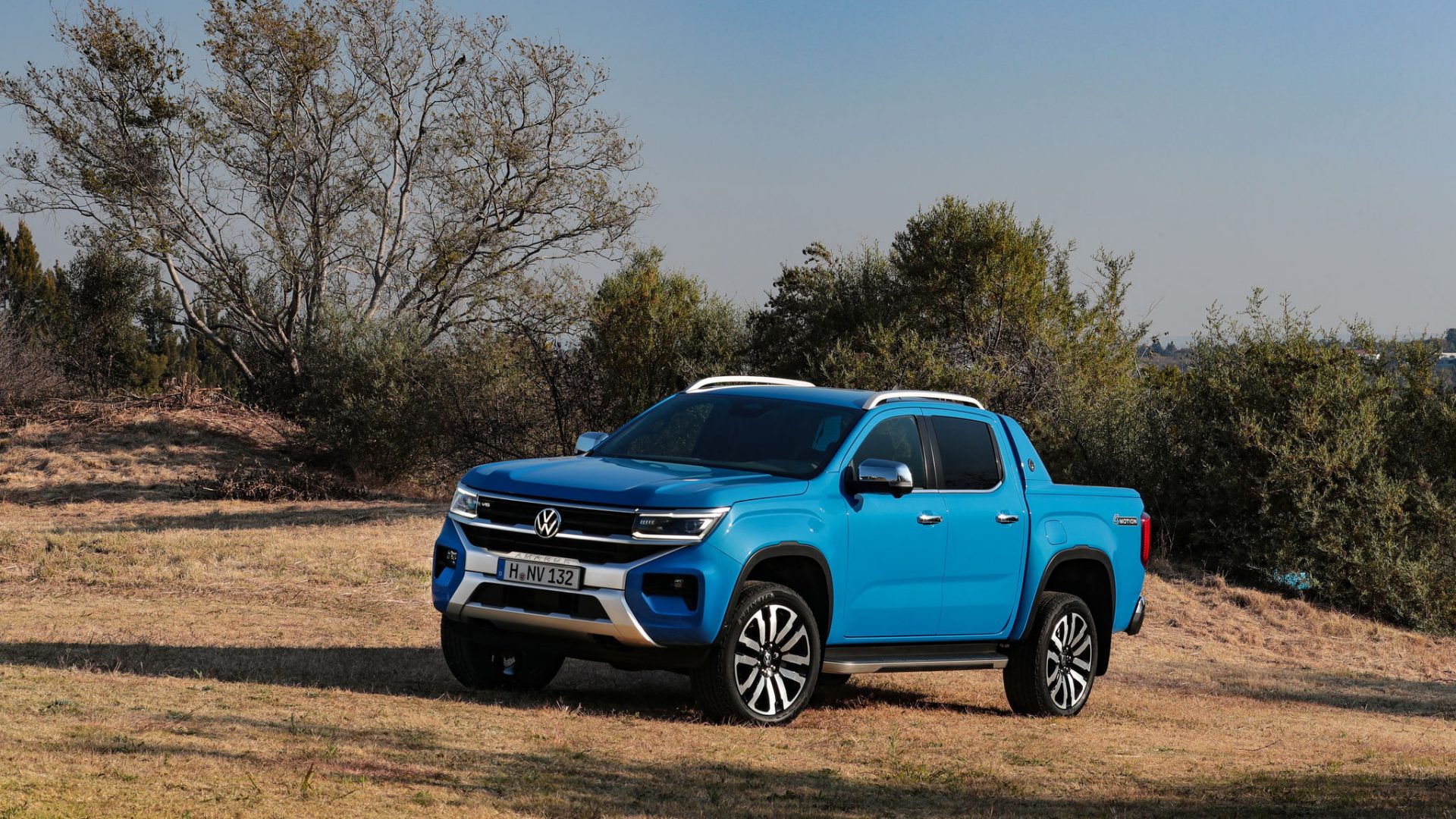 The new Amarok pick-up has finally been revealed by Volkswagen after several weeks of teasers from the German outfit.

The new truck shares its underpinnings with the latest Ford Ranger and arrives with a bold new exterior design.

It is fitted with a far more technology-focused interior than its predecessor and is also longer than before, at 5,350mm.

The new Amarok is expected to go on sale at the end of the year, with a host of engine options to choose from.

The range is topped by a 3.0-litre turbocharged V6 diesel with 247bhp, which is joined by a 2.0-litre four-cylinder turbocharged engine available with either 148bhp and 168bhp (though twin-turbocharged versions will also be included, bringing either 201 or 206bhp).

As yet, Volkswagen hasn’t confirmed which engines will be available for the UK market.

A 2.3-litre four-cylinder petrol engine with 298bhp will also be part of the Amarok’s powertrain options when it arrives later this year. A six-speed manual gearbox option will be available alongside six- and 10-speed automatics.

We’re celebrating the world premiere of our new #Amarok! With this new generation, we’re once again setting the benchmark in the premium pickup segment. Enjoy this first set of pictures!
👉World premiere on YouTube https://t.co/4HYd59xQba#VWCV #WeTransportSuccessFreedomFuture pic.twitter.com/SHuoYpEUiR

As before, the Amarok uses Volkswagen 4Motion four-wheel-drive system to provide added traction over difficult terrain,

Inside, the Amarok utilises Volkswagen’s Virtual Cockpit digital dials, as well as a large central touchscreen that is much the same as the one in the Ranger. The steering wheel, meanwhile, will be familiar to those who have been in some of Volkswagen’s latest passenger vehicles.

The new Amarok has been rated to accept a payload of 1.16 tonnes, as well as a 3.5-tonne towing capacity. Alongside a conventional five-seat double-cab layout, the Amarok will also be offered as a single cab model with a longer load bed.

Volkswagen has significantly boosted the level of assistance technology on board the Amarok too, with 20 new systems included on the new truck. These include road sign recognition and front monitoring with pedestrian detection. 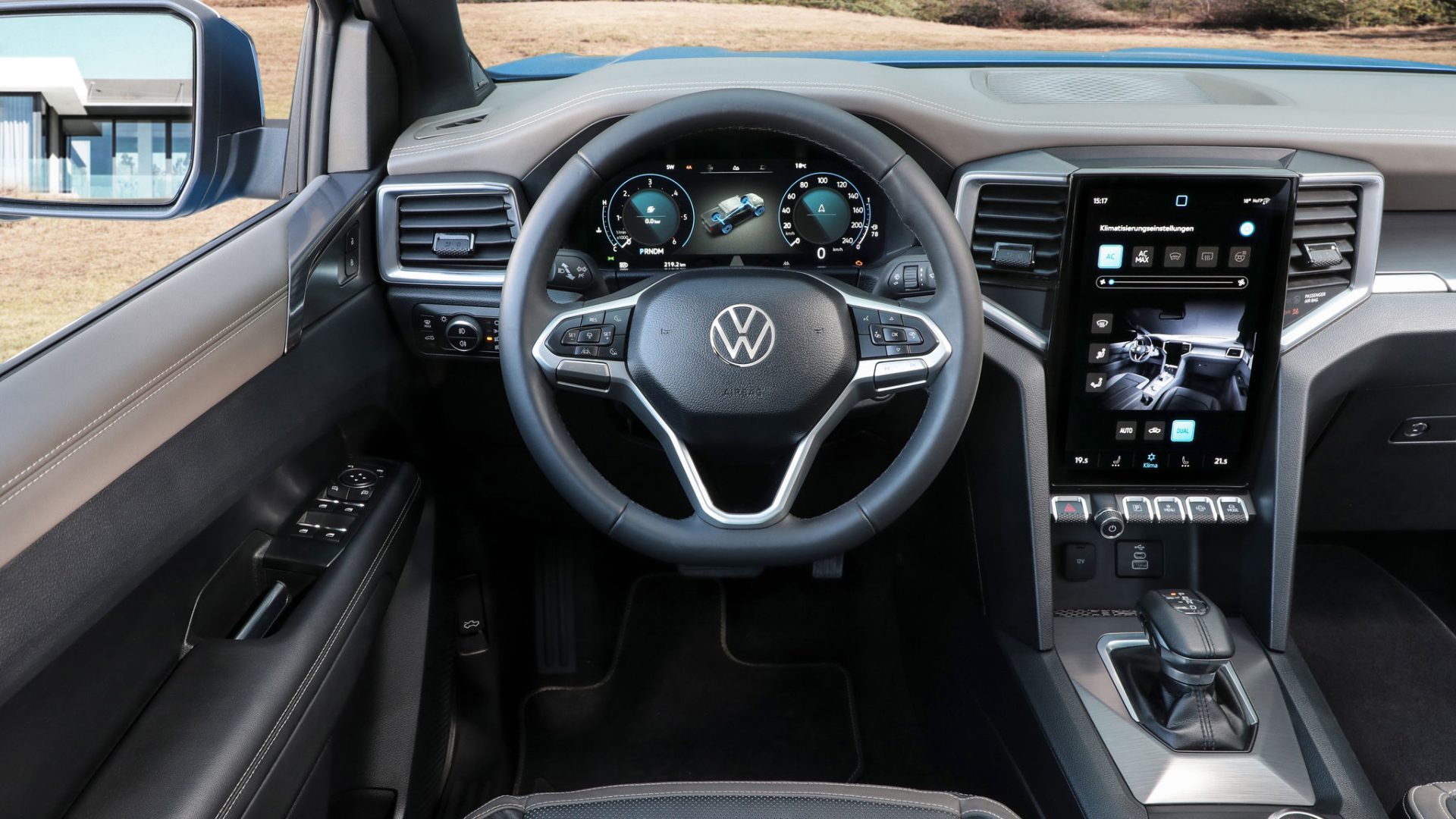 Further details about the Amarok’s specifications and pricing are expected to be released closer to the end of the year.