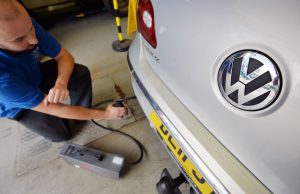 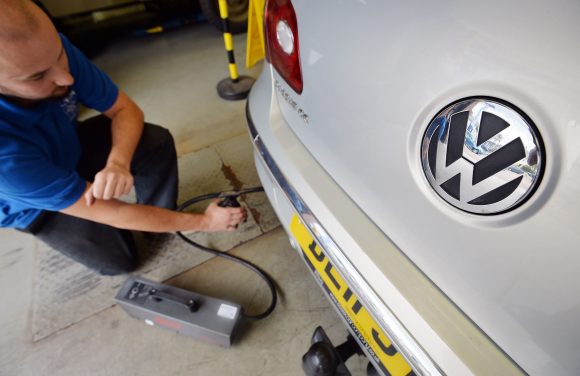 VW profits take a tumble in the wake of dieselgate

VOLKSWAGEN saw its second-quarter profits more than halve as its financial performance took a hammering from the diesel emissions scandal.

The German car manufacturer said pre-tax profits plunged 57 per cent to 1.6 billion euros (£1.3 billion) between April and June, down from 3.7 billion euros (£3.1 billion) over the same period in 2015.

The firm said the VW brand, the group’s largest sales division, saw operating profit for the first half of the year tank by 35 per cent to 900 million euros (£758 million), down from 1.4 billion euros (£1.2 billion), as it felt the impact of currency fluctuations, lower sales volumes and higher marketing costs linked to dieselgate.

Shares were off more than two per cent on the Frankfurt stock exchange.

He added that it would ‘require continued hard work to absorb the significant impact from the diesel issue’.

The company revealed in a surprise announcement on Wednesday last week that its operating result before special items rose 7.5 per cent to 7.5 billion euros (£6.3 billion) for the first half of the year.

It also said that it would take a 2.2 billion euro (£1.8 billion) hit to cover ‘legal risks’ in America linked to the diesel emissions scandal.

Chief executive Matthias Muller said: ‘We will work hard on our earnings power to manage the future investments needed to transform our core automotive business and build an innovative business unit for mobility services.’

In June, VW agreed a record 14.7 billion dollar (£11 billion) settlement in America over its diesel emissions scandal which will see owners paid up to 10,000 US dollars (£7,500) each in compensation.

The firm estimates almost 1.2 million vehicles have been impacted in the UK.